Malaysia-based Axiata Group has reported a solid 14.1% increase in net profit for the first nine months of the financial year due to a market-beating performance across most of its operating companies.

Revenue growth was mostly driven by increased data consumption, with data revenue growing to account for 44% of total service revenue, up from 33% in the same period a year earlier.

For the third quarter, group revenue improved 2.4% sequentially to 6.2 billion but net profit was down 33.4% to 319.1 million due in large part to losses at Indian affiliate Idea Cellular.

Domestic mobile operator Celcom Axiata by contrast showed continued signs of a turnaround, with third quarter revenue up 2.1% quarter on quarter, ahead of the industry average.

Indonesia's XL likewise reported revenue growth ahead of the industry for three consecutive quarters, with third quarter service revenue up 5% sequentially on the back of 10.9% higher data revenue.

In Cambodia, Smart reported year-to-date revenue growth of 9.3% and profit growth of 8.9%, while Sri Lanka's Dialog and Bangladesh's Robi reported 8.5% and 4.1% revenue growth respectively over the same period.

“The board acknowledges the progress made in the group’s ongoing cost optimization program and operational turnaround of Celcom and XL.”

Distributed models to give data control back to consumers?

The city remains behind most of the world in 5G development 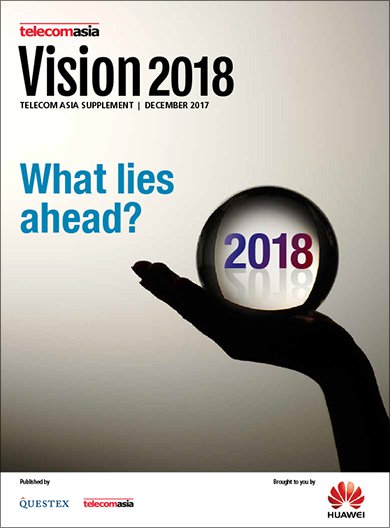 BSS and OSS are moving to the cloud: Analysys Mason