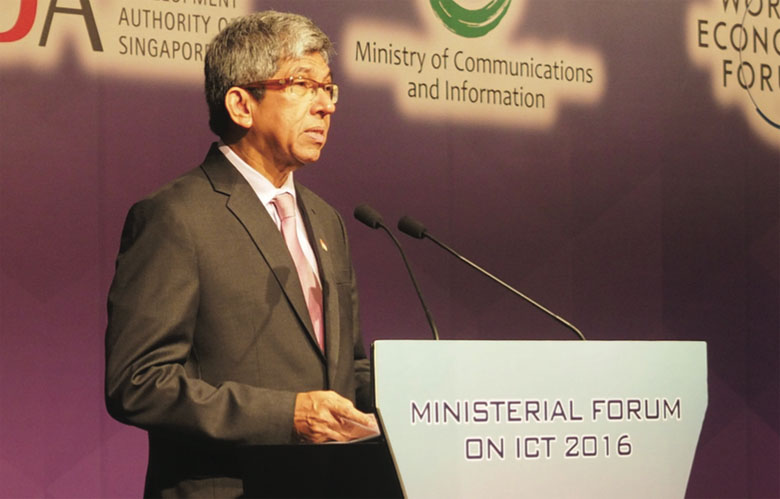 Launching the Infocomm Media Business Exchange’s Ministerial Forum on ICT on Monday ahead of the official kickoff of CommunicAsia2016, Singapore Minister for Communications and Information Dr Yaacob Ibrahim (pictured) spoke of the progress that the country had made in becoming the world’s first Smart Nation - to include the world’s first data centers designed specifically for tropical climates.

Dr Ibrahim explained how he has partnered with industry and academia to launch testbeds for green data centers and is now looking at whether it is possible to design and operate data centers at temperature and humidity levels that are double the current norm.

The tests for these so-called Tropical Data Centers (TDCs) will target an ambient temperature of 38 degrees Celsius and humidity exceeding 90%. The trial will test how data servers react under various “live” situations, such as peak surges or transferring of data, and in diverse conditions, such as with no temperature or humidity controls. TDCs could reduce energy consumption by data centers by up to 40%.

This would not only expand the geographical limitations of locating data centers, but also cut back on existing energy requirements of the running of such centers - all of which is part of the Singapore Smart Nation Vision.

On the cyber security front, Dr. Ibrahim said that Singapore has signed a number of bilateral agreements with France, the UK and India in the area of cyber security. It is also supporting the annual ASEAN computer emergency response team incident drill exercises.

Earlier, the Cyber Security Agency of Singapore successfully completed a multi-sector exercise a few months ago to strengthen the ability of agencies to cooperate in handling cyber attacks. In October, Singapore will hold its inaugural International Cyber Week, which will also see the unveiling of the country’s national cybersecurity strategy document by the Prime Minister.

Dr Ibrahim also stated that Singapore will complete its switchover to digital TV by the end of 2017, freeing up spectrum for mobile and mobile broadband services, and will be one of the first countries in the world to impose minimum standards for 4G QoS.