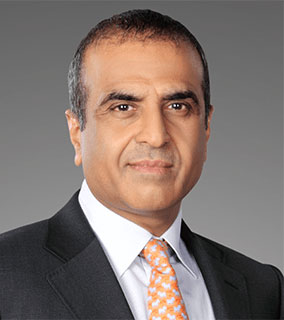 Sunil Bharti Mittal, chairman of the GSMA and India’s Bharti Airtel, has called for an end to international roaming charges.

Speaking on Monday’s morning keynote session at Mobile World Congress 2017 in Barcelona, the newly elected GSMA chairman said the telecoms industry has “created a disaster” with high mobile roaming charges and pledged to resolve the issue of punitive roaming rates during his tenure.

“As the chairman of GSMA, one of the major tasks to mind is to fix the problem of international roaming. The bill shocks are creating a lot of dishonest in the minds of customers,” Mittal said.

“We have a global network…but very few people are allowed to enjoy it,” he said, noting that consumers turn off their phones or often buy local sim cards to avoid “bill shocks”.

Mittal said 55% of people in the developed world switch off mobile data while roaming and he estimated 90% of travelers from the emerging markets switch off their mobile data, perhaps even voice when they travel.

“It is a disaster our industry has created,” he said, adding that telcos should not stop regulators’ attempts to force down roaming rates.

"What have we done to our industry? This must stop. As we leave this room we are going to shake this system. I can promise you within my term at GSMA, roaming charges and bill shocks will be a thing of the past," Mittal said.

In addition to roaming, Mittal also urged regulators to allow greater consolidation in the telecoms industry to leave it in a “healthier” shape.

"Governments have got it wrong for too long. Regulators have always felt giving out new licenses means more money for the government and more competition for the customers. It's quite the contrary," he said, noting that large countries only need three telecoms service providers while smaller nations could be covered by two operators.

“One doesn't want a situation where there are one or two 'healthy' operators, while another similar number struggle... You really want a few sustainable solid operators, who can put out the investments that are required to deal with the new technologies, demand for data [and the] speeds that you want.”

Mittal cited examples from the US and Europe, saying these issues are of concern to the telecoms industry globally.

"In Africa, again and again when I meet regulators and ministers, they talk about issuing new licenses. The time for a license and 500,000 base stations creating a value is over. You can give as many licenses as you want but please allow consolidation," he urged.