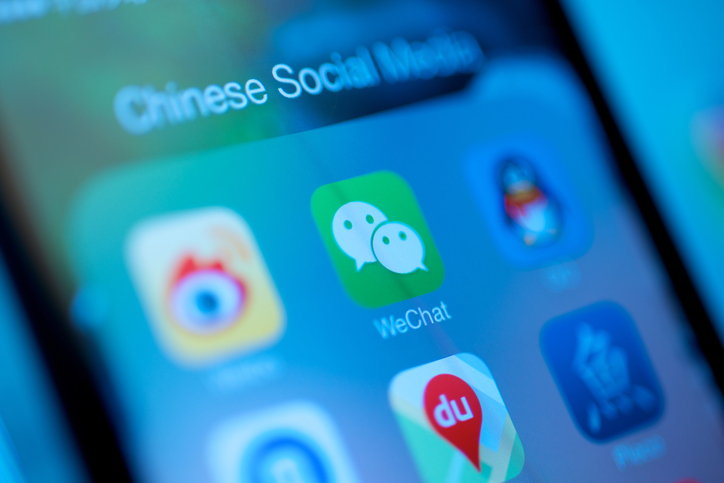 WeChat vies with WhatsApp and LINE for the title of premier OTT messaging service. Different regions have their preferences, but the reality is that most users have at least two on their shiny Android- or iOS-powered devices. We must, because the people we communicate with choose their preferred service, and we need to stay in touch.

WhatsApp has the advantage of end-to-end encryption (although UK lawmakers have been squawking about that), but its 2014 acquisition by Facebook immediately brings privacy concerns to the fore. At the cost of $19 billion, Zuckerberg-and-company snaffled up a single app-along with the phone numbers associated with it...and the phone directories associated with those numbers. Pre-existing WhatsApp users naturally had no say in the matter.

WeChat is owned by China’s enormous Tencent Holdings, which in April overtook Wells Fargo in market value, making it the world’s tenth largest company by that metric.

WeChat has over 800 million users and a range of services which include popular m-commerce system WeChat Wallet-a must for smartphone users in the PRC. The in-app translation tool also gives WeChat an edge over its competitors. Its Chinese ownership puts some people off the messaging system, but as with all such things, there’s a trade-off and it’s your phone and your choice.

WeChat is ubiquitous and powerful, but recently in Macau, these qualities were turned to the Dark Side.

Gambling on a gamble

The Macau SAR is famed as the “Las Vegas of the East”-which isn’t quite the case. The former Portuguese colony has half-a-million residents, its own take on traditional Chinese culture, and myriad businesses unrelated to games of chance.

Macau’s gambling tax-revenue produces a unique economy. Unlike Vegas, Macau hasn’t widely diversified into entertainment and MICE business. But no matter how many cards are legally turned over in Macau, it seems there are always some n’er-do-wells who seek to create ancillary products-for their own gain, and in violation of the law.

It’s hardly a new game. In the pre-handover 90s, a closed-circuit TV gang in Macau’s Taipa district was nabbed by the authorities. But as Macau’s diehard Judiciary Police (known by their Portuguese acronym: the PJ) discovered in mid-April, new crooks invent new methods.

According to the Macau Post Daily newspaper, a PJ spokesperson said during a special press conference that they arrested seven mainlanders for their alleged involvement in an illegal WeChat gambling operation.

According to the spokesperson, the seven male suspects-aged between 28 and 40 and all from Zhejiang province-solicited gamblers to place bets at local casinos’ VIP tables via WeChat. The spokesperson said the gang had been streaming live gambling from local VIP rooms via the app.

An innovative use of WeChat, perhaps, but hardly a legal one. The Macau Post Daily said police estimated that the racket attracted at least $1.3 million in bets while the alleged miscreants made a profit of about $150,000. According to the PJ spokesperson, the gang mainly solicited customers from Zhejiang province who paid the gang via bank transfers or Alipay-the latter yet another use of a legitimate channel for nefarious ends.

The prevalence of WeChat facilitated these alleged crimes, but that’s hardly Tencent’s fault. Any technology can be bent to accommodate avarice.

The real question: who in the heck would wager actual money via mobile app from a gang of (alleged, let’s remember they’re alleged) criminals?