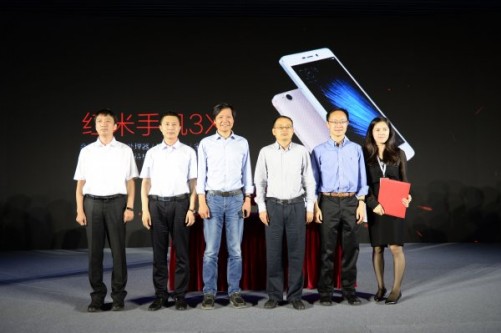 The partnership with Unicom signals a move to a more conventional sales operation for Xiaomi, whose sales have been heavily relied on internet channels.

Xiaomi CEO and founder Lei Jun said so far more than two-thirds of the company's smartphones have been sold through e-commerce platforms and the company's official website.

"The proportion of online sales is too big," Lei said. "To maintain the rapid growth we have seen in the past four years, expanding offline retailing channels becomes the key."

Xiaomi said earlier this year it will open 200 to 300 of its own retail stores to bolster sales.

Xiaomi and Unicom will also expand their cooperation beyond handsets to a wide range of products, such as Xiaomi TV, routers, wearable devices and air purifiers.

China Unicom deputy general manager Xiong Yu said all of these Xiaomi products will be available at the operator’s offline retail stores across the country.

The move fits into the operator’s broad efforts to transform its abundant bricks-and-mortar assets into a big retailing platform of various electronic products, Xiong added.