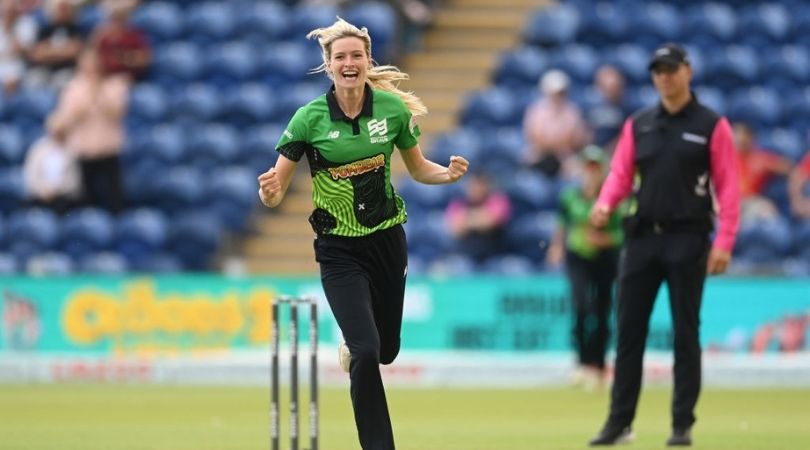 Manchester Originals will face Southern Brave in the nineteenth match of The Hundred Women’s tournament. This match will take place at Emirates Old Trafford, Manchester starting at 15:00 local time.

After their first four games Manchester Originals have 3 losses and 1 washout so far. They haven’t won a single match so far and as a result the are at the bottom in the points table. They lost their previous match against Welsh Fire by 9 wickets and 12 balls to spare. Sophie Ecclestone scored a quick fire 31 towards the end while Harmanpreet Kaur and Mignon du Preez scored 26 and 24 respectively. Laura Jackson picked the only wicket in the second innings. If they are to make it to top 4 they will have play their hearts out and scrape a win in this match.

Southern Brave on the contrary have won all the 4 matches they have played and are 1st in the points table. In each of their match someone or the other has stepped up and led the side to a win. They restricted London Spirit to 92 and chased down the total with 7 wickets to spare in their previous fixture. Amanda Jade-Wellington was superb with the ball as she picked 4 wickets while giving away just 14 runs. She was deservedly awarded ‘Player of the Match’. Stafanie Taylor scored 29 not out to see her side through. Southern Brave looks like a formidable side and they could go on to win the tournament.

Bet on Manchester Originals vs Southern Brave with Bet365

This match can be watched on Sky Sports Network in the UK. You can stream this match on Kayo Sports in Australia.

This match will telecast on Willow Cricket in the USA. Supersport will telecast this event in South Africa. Fancode will live stream this match in India.