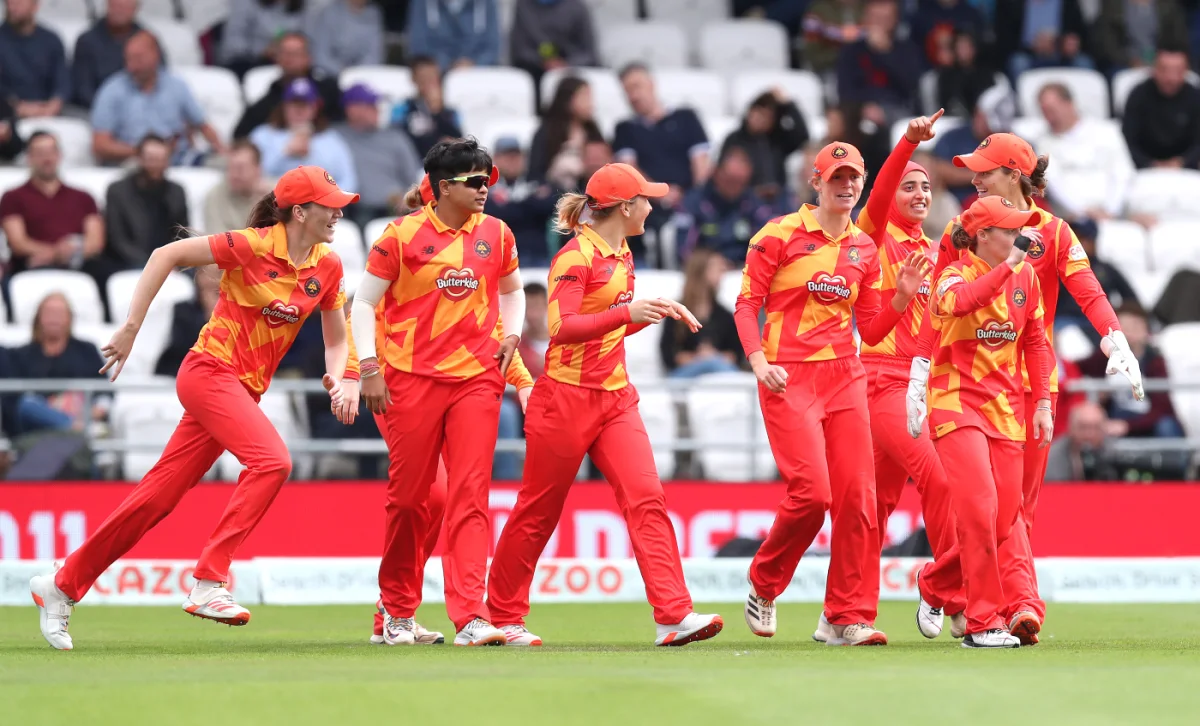 Birmingham Phoenix has beaten Northern Superchargers to almost claim the Eliminator spot. At one point, the Phoenix women seemed far off from the 3rd spot but they won the last three games of the group stage to solidify their chances. Now, the London Spirit is going to pull off a miracle, an almost impossible task to win by 100+ runs or win with half of the hundred balls to spare which seems highly unlikely.

Northern Superchargers invited Birmingham Phoenix to bat first after winning the toss and they started off well as they claimed the dangerous Shefali Verma on the third ball of the innings after she hit two boundaries on the first two balls. Then Amy Jones managed six swift fours before she got out to Linsey Smith. Eve Jones who perhaps plays the most sumptuous cover drives, punches, and cuts in the team rose to the occasion and managed her second half-century in a row amassing 64 runs off 47 balls. In the end, Birmingham managed a superb total of 147/4. For the Northern Superchargers, the most in-form batsman of the tournament Jemimah Rodrigues fell just for 1 after playing a poor shot. Despite the wicket, the chase began well for the Superchargers as Lauren Winfield-Hill slammed a 38-ball 64 and Laura Woodvart managed 32 off 26. However, after needing just 51 off 39 balls, the ship sank for the Superchargers once Lauren Winfield fell to Issy Wong on an incredible running catch by Eve Jones. It felt the chase was going to fall short when Woolvardt also fell and her team finished 15 runs short. Young Issy Wong turned out to be the pick of the bowlers giving just 23 off 20 balls and also nabbing two wickets.