Oval Invincibles seal their place in The Hundred's Finals 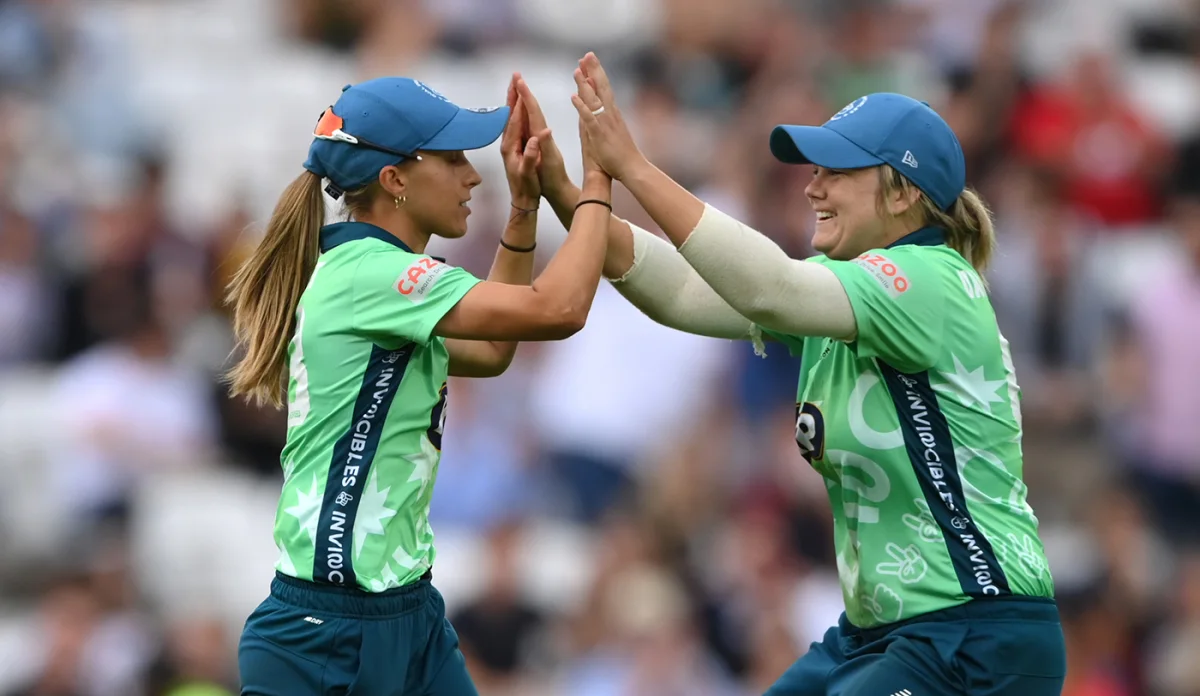 Oval Invincibles women turned the tables as they beat Birmingham Phoenix in the Eliminator. They beat Birmingham Phoenix by 20 runs, bowling them out for just 94. They are now going to face Southern Brave in the Finals on 21 August 02:00 PM GMT. The game between Oval Invincibles turned into a see-saw affair as Tash Farrant starred with the ball and Amy Jones looked the most comfortable among the batters.

Phoenix won the toss and invited the Invincibles to bat first. Invincibles struggled to get going throughout their batting as they lost three wickets for just 36 runs. However, Alice Capsey and Marizanne Kapp got going with the bat and added 54 runs for the fourth wicket before Kapp fell on 90. Capsey scored 26 off 20 but Grace Gibbs late flurry helped Oval Invincibles to 114/7. The Phoenix didn’t have a lot of runs to chase and even began in a controlled fashion needing just 54 off 50 balls with 8 wickets in hand. However, Erin Burns’ wicket changed everything as she succumbed to one of the best catches of the tournament by Tash Farrant. Then, Farrant came back and got the wicket of Amy Jones who made 35 runs off 25 balls, turning the tables around for the Invincibles. From there, the Phoenix found no momentum and got all out for a paltry 94 as Farrant finished with four wickets and also with the Player of the Match award.