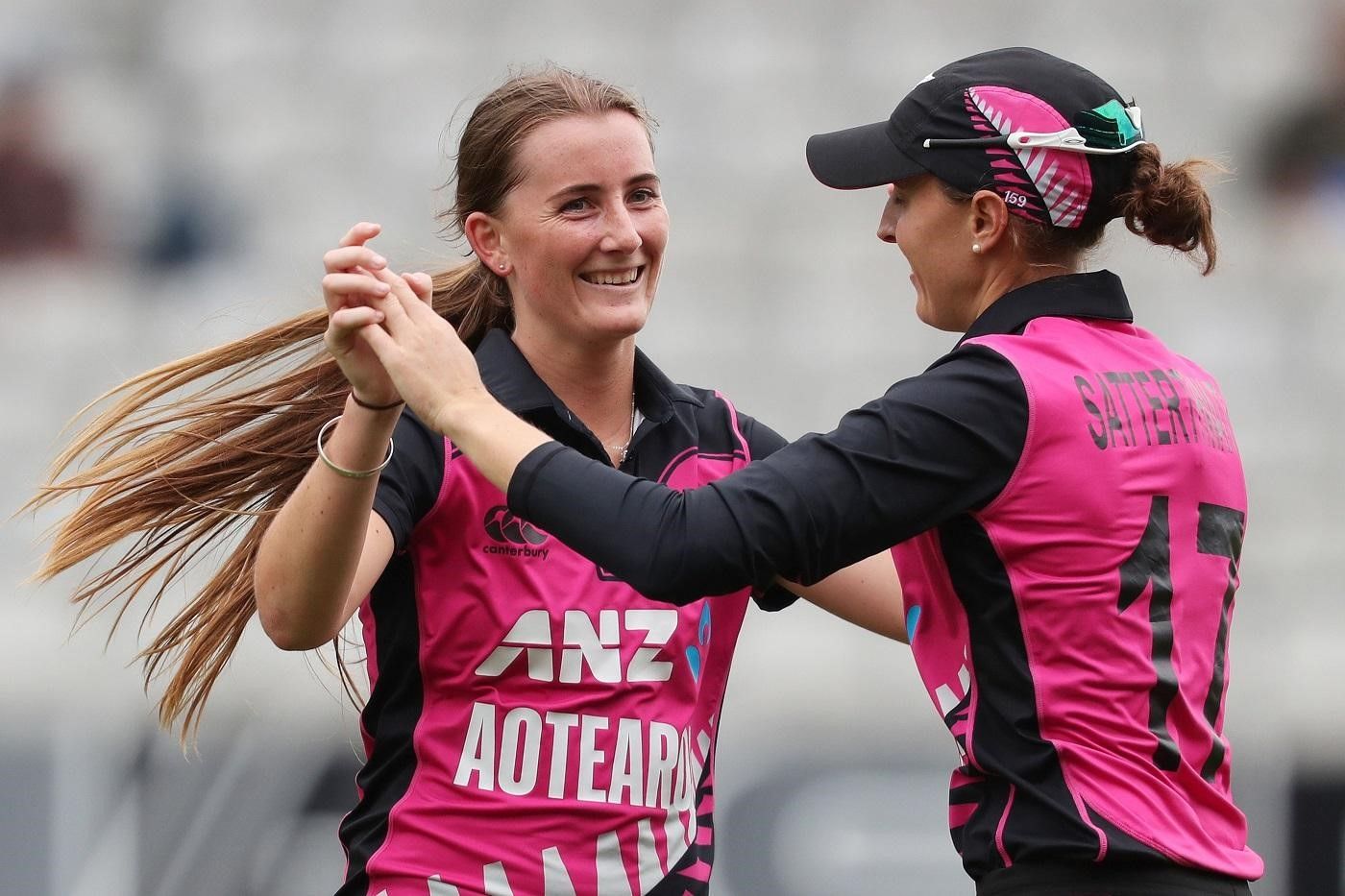 New Zealand women’s team seamer Rosemary Mair is set to miss the English tour after picking up a shin injury. Molly Penfold, who has still not played a game, is going to replace her in the 16-player squad. 22-year-old Mair is on her way to becoming one of the regulars in the side and has been particularly impressive in the T20 cricket, claiming 13 wickets in 16 innings with an economy of 6.64.

Rosemary is one of the fastest bowlers in New Zealand and her bowling speed can be more than 70 miles per hour on certain occasions. Earlier, New Zealand’s most effective bowler, Amelia Kerr opted out of the tour due to mental health reasons, which means now they will be missing two of their frontline bowlers. Mair’s replacement , the 20 year old Molly Penfold is also an emerging seamer but it is unclear if she will make the Playing XI. The New Zealand women’s team will play the English women from 1st September to 30th September in a series which will span 3 T20Is and 5 ODIs.