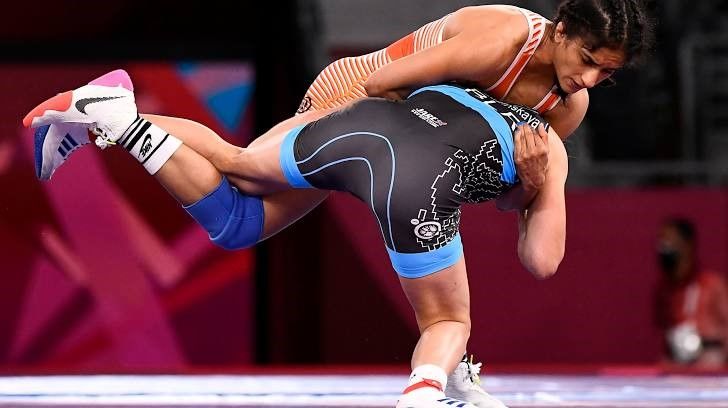 Indian wrestler Vinesh Phogat who had a fallout with the Wrestling Federation of India(WFI) earlier has now reconciled with the organisation after they “forgave” her for the “disciplinary acts”. Vinesh lost during the Tokyo Olympics to Belarus’ Vanesa Kaladzinskaya and received harsh treatment for her performance which resulted in her penning down an emotional letter to the news outlet Indian Express stating the pains of playing at professional level.

Earlier, her selection ran into jeopardy as the WFI claimed that she didn’t comply with the athlete protocols, however, a few days ago, WFI stated that she can now compete for India in international events. Now, Vinesh is trying to reconcile her position and is targeting major international events to represent India.