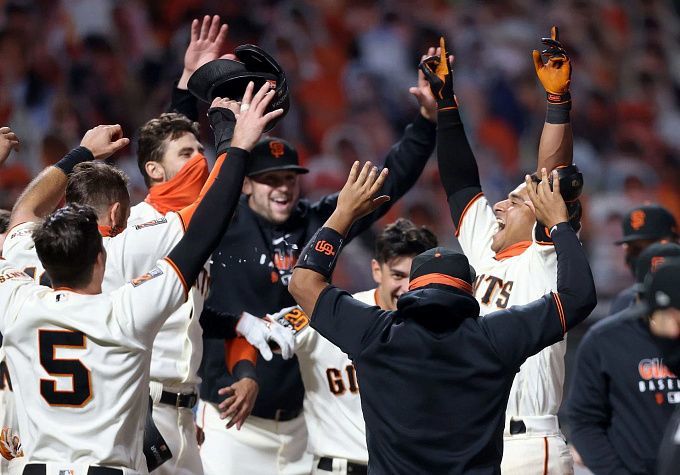 San Francisco only managed to beat Miami in the first game of the home series in extra innings. In the second game, will the Giants get an easier win? Let's pick a few options to bet on at once.

San Francisco almost gave away the game they had already won

The score at the end of the first game of the series between the Giants and Marlins was 6-5. The Giants held the initiative throughout the whole game and led 4-2 before the 9th inning. Having relaxed, they allowed their opponent not only to get back in the game, but even to take the lead. In the bottom of the ninth, Thairo Estrada hit a solo home run to tie the game. And in the 10th, outfielder Austin Slater's double decided the outcome. San Francisco created their own problems. They solved them with confidence, though.

In the second game, Carlos Rodon is to be the starting pitcher. The 29-year-old Miami native spent last season with the Chicago White Sox and finished with 2.37 RBI and a 13-5 win-loss record.

Considering the championship had just begun, had Miami managed to take the game against San Francisco to victory, it would have been the best comeback of the season. After trailing 2-4, the Marlins had a perfect game in the top of the ninth inning, which resulted in a two-run home run by 24-year-old Bahamian talent Jazz Chisholm. But the Marlins couldn't pick up the final win, giving up a psychological advantage before the games to come.

Pablo Lopez of Venezuela is to be the starting pitcher for Game 2. The pitcher has a 3.07 ERA and a 5-5 win-loss balance last season.

San Francisco beat Miami in 5 of the last 6 encounters.

Prediction: San Francisco will win in a low-scoring game; the Total Over in the last game is anomalous for this confrontation.