South Korea vs Dominican Republic: the bronze will go for South Korea 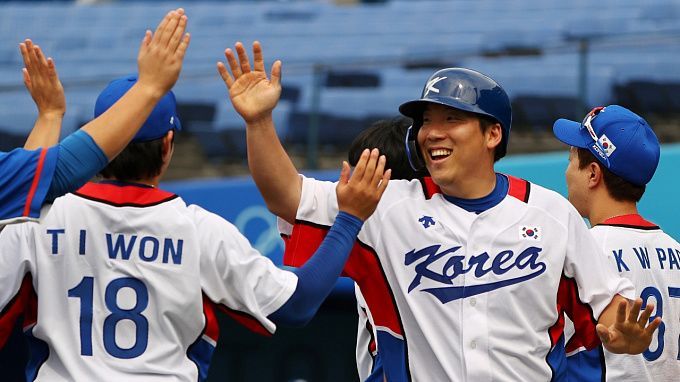 South Korea will battle the Dominican Republic for third place in the Olympic baseball tournament. Who will win the bronze medals? Let's choose a few bets on the upcoming meeting.

South Korea were the champions

The South Korean team won gold medals in the Beijing 2008 Baseball Olympic tournament by defeating the Cuban team in the final. Now the Koreans can get the bronze in Tokyo.

The previous two matches were key for South Korea. First, the Koreans lost in the semifinals to Japan 2-5. Then they didn't manage to beat the United States ending the match with a score of 2-7. In both matches, as can be seen from the final score, the Koreans didn't have much of a chance.

Kim Min-woo will pitch against the Dominicans. The pitcher has already played 2 games at the Olympics. He has  1.60 ERA in 6 innings pitched.

This is only the second time the Dominican national team has participated in the Olympic Games. Their first performance was in 1992 when the Dominican team finished sixth. As for these Olympics, the chance to get a third place is a huge success for the Dominicans.

In fact, the Dominicans won the right to fight for medals after winning two out of five matches. They have won over Israel and Mexico, as predicted.

Raul Valdes is the starting pitcher for the upcoming game. The experienced 43-year-old pitcher has a 1.69 ERA in 5.1 innings in his only game played.

The South Korean team just needs to beat the Dominicans and take the bronze medal. Perhaps the experience of starting pitcher Valdes will help their opponents at the start of the game, but in the end, the Koreans will surely take the victory.

The prediction is a victory for South Korea.