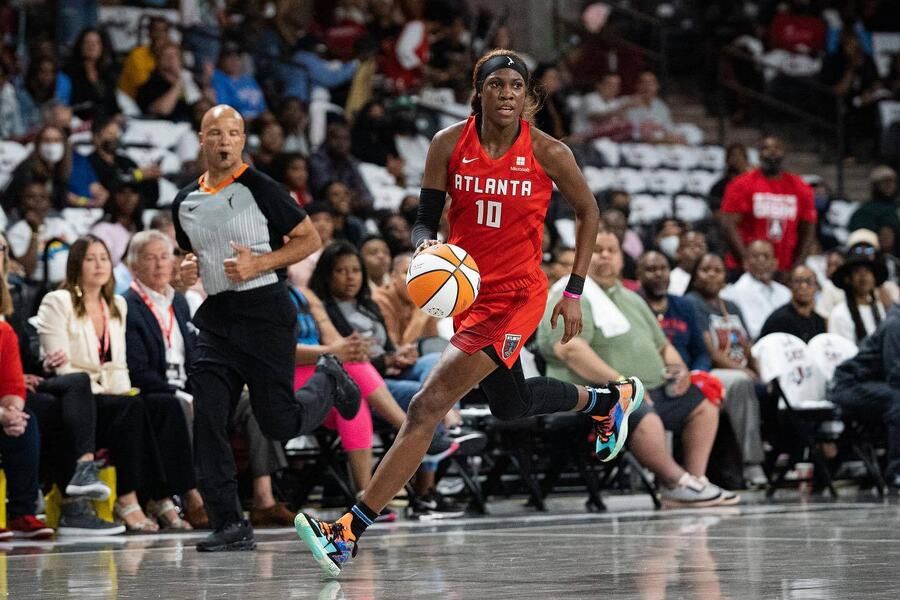 The WNBA is an underrated league and while it has been a high-quality league since its inception, it hasn’t been given the respect it deserves. Well, what can we do, cover it as much as possible! In this game, the Atlanta Dream will host the Las Vegas Aces. The Dream captured a wonderful 77:75 win against the Sparks as Ryne Howard popped in 21 points and showed why she was picked number one. On the other hand, the Aces lost to the Mystics 76:89 despite a 19-point night by Jackie Young. Can the Dream keep their winning trail going or will the Aces show what they are about with their running game?

The Dream’s fortunes have changed since the arrival of Rhyne Howard. Howard nailed five of her ten attempts from the three-point line in the last game and her defense has been equally impressive. Seriously, Howard has played as if she belongs in the league and her production on the defense is highly laudable. Erica Wheeler has struggled offensively but she brings much-needed playmaking to the floor.

One area where the Dream will need to improve is choosing their shots. Cheyenne Parker can help out in that area as an inside player. Monique Billings is a great rebounding presence while Aari McDonald has been an incredible bench player. Nia Coffey can help out as an inside scorer and she is a great rebounder too. The Dream’s rebounding looks strong this season but to be a deep Postseason team, they will need to develop a better shooting team.

Although the Aces lost the last game versus the Mystics, they hold a lot of promise. Their strength is pushing the ball hard and creating driving lanes, which opens up shooting avenues for their Guard trio of Gray, Plum, and Young. There is a big concern regarding the bench though and except for Plaisance, who can knock down the deep shot, the team lacks ammo in other areas. Plum scored 18 in the last game and she has been strong since the beginning of the season.

Gray’s scoring has fallen but she remains a high-yielding passer, but yes, her loss of scoring can hurt the team. Wilson has been a force on the rebounding end but she will need to be more efficient offensively. Dearica Hamby has had a terrific start to the season while Jackie Young has been incredible as well. Overall, the Aces have both the shooters and inside players, but they will need to be more proactive against elite teams.

Points Range: The Dream has not looked sharp offensively as much as they’d want to be but their defense has been stellar in the first two games. Rhyne Howard has made her impact felt straightaway and her journey can be a big one to follow. On the other hand, the Aces did lose the last game but their offense can be further boosted if Riquna Williams can return here. Riquna can bring elite shooting and can address the shooting struggles of veteran Chelsea Gray. Wilson needs to be more offensive-oriented while her defense has been incredible. The Dream will need to shoot better against the Aces, a team that has more shot-creators. I believe the total points range here is 160-170.

Prediction: The Guard match-up between Rhyne Howard and Kelsey Plum can be the most exciting one. Howard can be on her way to the Rookie of the Year Award if she keeps on playing at the current level while Plum has also hit the prime of her career. This can be the decisive match-up but honestly, the frontline of the Aces looks formidable. I believe the Aces will win 84:77 here.