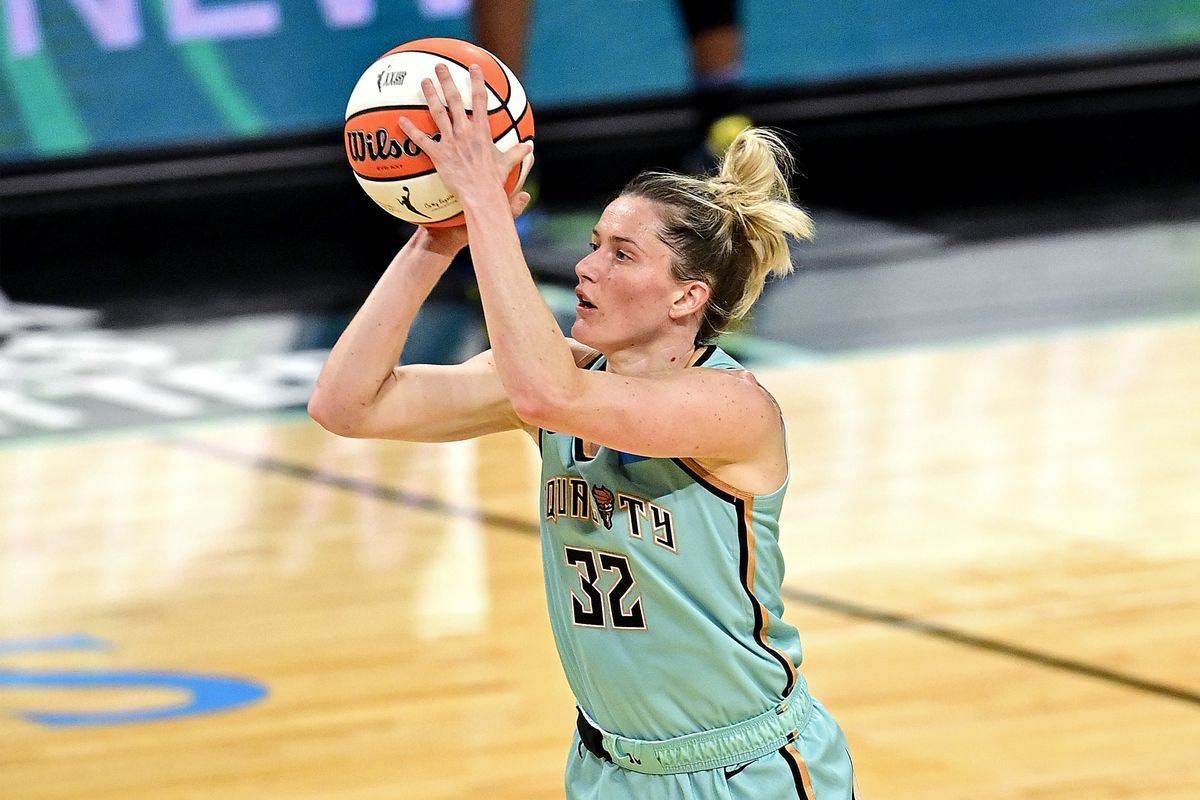 The WNBA is in full flow and we have to respect the grind these amazing athletes put in for this show. The payroll of the WNBA players is not as much and these players have to look for other opportunities elsewhere. Anyway, all that will be discussed some time else, let us first look into the game between the Chicago Sky and the New York Liberty. The Sky lost their opening game 91:98 in Overtime but sophomore Dana Evans sizzled with an awesome 24 points night. On the other hand, the Liberty put up a beautiful performance as they downed the formidable Sun 81:79 as Sabrina Ionescu put on a show with 25 points. Can the defending champs Sky get their first win of the season?

Sky has both experience and depth

Acquiring Emma Messeman was huge for the Sky, she is one of the most talented players in the world and put up 12 points, 8 rebounds, and 5 assists in the clash against the Sparks. And of course, the ageless and still hungry Candace Parker, showed her all-around prowess with 21 points, 6 rebounds, and 6 assists, once again showcasing she is one of the best in the league. But the surprise package was sophomore Dana Evans, who racked up 24 points, 5 assists, and 4 steals.

Courtney Vandersloot had an uncharacteristic start to the season, turning it over 8 times while dishing 8 assists and shooting just 2/7 from the floor. The team played without Allie Quigley and Kahleah Copper, two of the major players that resulted in the championship last season. Still, the acquisition of Emma will be huge in terms of all-around threat. What will the combination be when Quigley and Copper come back? Will Messeman act as the sixth player? Or will the Sky go with Azura Stevens off the bench, clinching 13 points and 6 rebounds?

Liberty was amazing in the opener

New York Liberty showcased a high-quality game against the Sun, and that victory can help in setting the tone. I tell you what, Sabrina Ionescu looks way more in control compared to last season, showcasing long-range shooting, mid-range prowess, and some lovely finishes with either hand. She scored 25 points, 6 assists, 4 rebounds, and made 10 of her 18 shots. Natasha Howard continued to impress and had a strong 16 points and 6 rebounds night.

It was the defensive end where the Liberty were at their best though and the fans loved what they saw in the first game. The Second Quarter Effort in the last game was especially impressive. Also, if Sam Whitcomb becomes a 10-15 points scorer, Ionescu and Howard will get a huge helping end. Meanwhile, the contributions of Stefanie Dolson on the defensive end as a rugged middle player can also be in play.

Points Range: The Sky may have more experience than the Liberty, but the latter showed a ton of promise on both ends of the floor in the opening game. With Parker and Messeman, the Sky will be tough to stop for the Liberty and Sabrina Ionescu will need to come up with another special game, and frankly, she looked unstoppable to begin the campaign. The Liberty looked terrific in the half-court scenario and Sky has such incredible triple-threat players that can also thrive in such a case. I see this to be an efficient scoring game and a range of 160-170.

Prediction: The Liberty looked hungry in the opener and surely having Sabrina play like the last game will allay some of the management’s fears. The team is still not looking like a championship squad and they will face a team that won the championship last season but they have a lot of potential and look way more promising compared to last season. I see a highly intriguing and close battle here with the Sky ultimately winning 87:83.