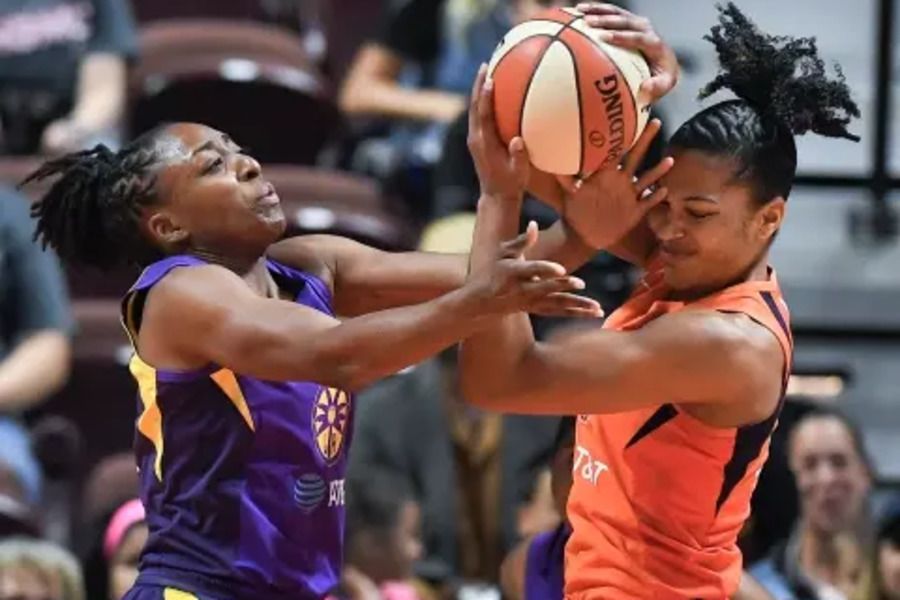 We are well into the WNBA season and it has been a thrill ride already. In the WNBA, making a cut to a roster is tricky, and with just 12 teams in the frame, there are not many spots. More about that later, let us straightaway jump into the game between the Connecticut Sun and the Los Angeles Sparks. The Sun lost the last game 79:81 despite an electric 25 points night by Alyssa Thomas. On the other hand, the Sparks lost a close 75:77 battle versus the Dream despite a 19-points night by Jordin Canada. Can the Sun get their first win of the season here?

The Connecticut Sun has both length and athleticism. Jonquel Jones shot 6/17 in the last game but she is a terrific scorer, rebounder, and defender, who knows how to turn it around. Alyssa Thomas is a tremendous talent who can be an effective slasher and she turned with a 25 points night in the last game. Brionna Jones is a reliable inside player and she can have a 12-15 points and 7 + rebounds average.

Courtney Willams and DeWanna Bonner, are two players who can give tremendous balance to the current roster. Jasmine Thomas did well to attack the rim in the last game whereas Natisha Hiedeman can be an exciting two-way player. DiJonai Carrington showed some rebounding promise but it will be interesting how she responds on the offensive end. The Sun can be a terrific running team and with Jones in the middle, they can also run a half-court system.

Sparks are a good running team

The Sparks have done a great job on the offensive end, especially as a team that can capture steals and finishes in the fastbreak situation. In the first two games, LA Sparks got a ton of steals and wreaked havoc on both ends of the floor. There is one big issue so far though, the team lacks a consistent three-point shooting unit. This can cause the offense to stagnant in the long run but the team has its own incredible ways.

Liz Cambage can help in the slowed-down game and she has had some great shot-blocking games. Nneka Ogwumike is a veteran isolation scorer whereas Brittney Sykes brings a ton of excitement as a fastbreak presence and someone who can get a bunch of steals. Jordin Canada has brought some terrific playmaking and also can drive inside the lane. Lexie Brown, Chiney Ogwumike, and Chennedy Carter have their work cut-out off the bench.

Points Range: These two teams are strong inside and have a bunch of strong finishers. Sparks have shown the ability to hunt down steals by getting a ton of deflections and if they get their running going, their offense looks amazing. The Sun has an amazing rebounding team and the Sun is also able to get rebounds and initiate offense early can be a huge boon on the offensive end. On the defensive end, the Sparks have shown the ability to pull the plug both outside and inside while the Sun is a well-known defensive unit. However, this can be an uptempo game and both teams may not skip a beat. I believe the total points range here is 160-170.

Prediction: Nneka Ogwumike is an incredible offensive player and she can be the key to the Sparks success. At any rate, the team looks improved compared to last season but the three-point shooting issues have surfaced. On the other hand, the Sun has Jonquel Jones who can bury long-range jumpers while she also can be a huge defensive presence. I believe the Sun will come up with a 87:82 win here.