CSKA Moscow vs Crvena Zvezda: the Serbs are scoring little and conceding just as much 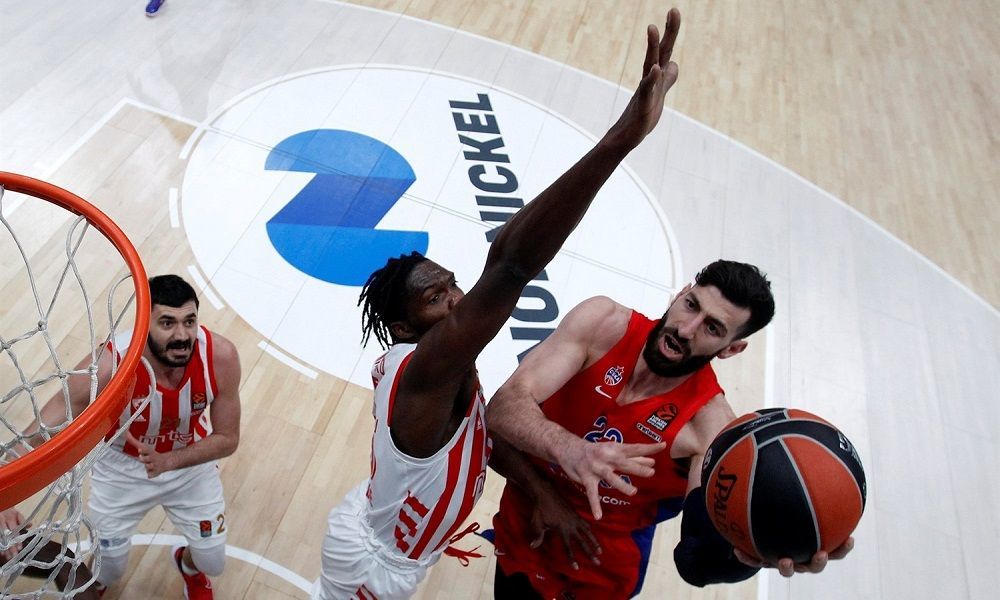 Maccabi scored 63 points against Zvezda at home and lost. It is the maximum the Serbs have allowed themselves to concede so far. Sure, the Moscow team can do a lot more offensively than the Israelis, but they won't have it easy.

Milutinov will definitely be out until November, Grigonis is still having his back treated, but the Army Men don't need both of those players when Shengelia plays like that.

Itoudis's team is averaging 84 points per game while allowing 82. These numbers can be misleading, but you shouldn't be. CSKA had a very productive game in Istanbul (100-96), and in the other games, the Red-Blue didn't even reach 80 points: 77 against Zenit and 74 against Milan.

That may surprise some, but the Moscow side is behind Belgrade in rebounding, not by much, just by one rebound, but the fact remains. The same is in steals, but there is not a one-ball difference, but two.

The Serbs started the tournament well, and currently, they are even higher in the standings than the Russian team. It’s only on account of a better goal difference, though.

Zvezda traditionally doesn't score a lot. 68 points per game is not enough, but who cares if the team is winning while conceding even less. Radonjic's players allow just over 61 points per game on average.

Curiously enough, Zvezda loses the ball no less frequently than those they defeated, and far more often than the Army Men. Well, that means that Belgrade's losses rarely translate into points scored by the opponent. That is, they are either non-significant losses, or the Zvezda players return to defense faster than their opponents run on offense. In general, the Serbian defense is hard to overcome.

What does one have to overcome it with? Zvezda, which comes as no surprise to anyone, is in last place in the EuroLeague in terms of long-range shooting, but CSKA's three-point shooting has also been abnormal so far. Meanwhile, CSKA shot five of 18 (less than 28%) against Zenit, which is right on Zvezda's level.

The Serbs, on the other hand, make a deuce more often.

Last season the opponents traded home wins. Zvezda has never won an away game in Moscow. Moreover, the last four games there ended with a double-digit margin in favor of CSKA.

CSKA, of course, is the favorite for this game. However, the bookmakers give Crvena Zvezda such favorable odds that it makes you think. Yes, the Serbs have played so far against opponents whose best days are behind them or ahead of them. But they have played well, solidly. So here are the betting options: