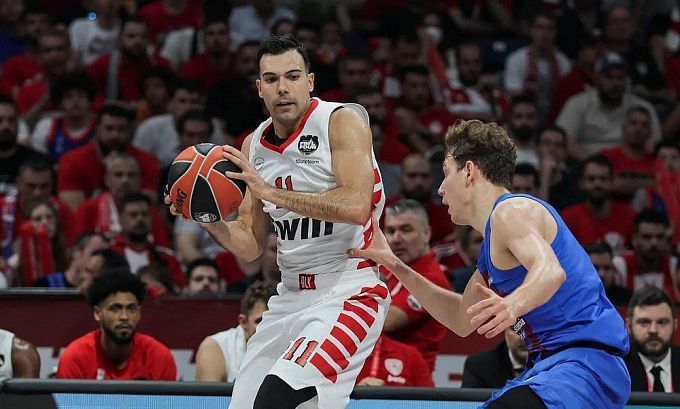 Just last October, the Greeks did everything they could to beat Barcelona at home for the fourth time in five years, but it didn't work out. The assumption is that their defeat will not stop Olympiacos from getting on Barça's and their fans' nerves.

After two defeats in a row, first in the Supercup finals and then in the first round of Liga ACB, the Catalans finally managed to win - they defeated Baskonia at home. So far, the team has the big players at the helm - Sanli and Vesela are scoring a lot, while Laprovittola is regularly supplying both of them with assists.

Barça seems to be doing well offensively, scoring between 83 and 91 points against Juventus, Real Madrid, Gran Canaria, and Baskonia. Though in the case of Real, overtime helped: The opponents scored only 71 in 40 minutes of game time. But if you count it that way, it's no different - 89 points came from Real Madrid and 88 from the Gran Canaria, the latter without overtime.

In the aforementioned four games, Barcelona lost the first three halves. Jasikevicius's team has never scored more than 40 points in the first two quarters this season. Let’s not forget that.

In Greece the regular season hasn't even started yet, so it's a bit of a dead end here. Sure, the Pireans beat Panathinaikos 67-52 in the SuperCup finals, but what does that tell us? One thing is certain: Olympiacos now has four former "Russians": Fall, Canaan, Bolomboy, and Peters. All four are walking examples of instability and limitation, while Bartzokas has the first two in the starting lineup on a regular basis so far. All in all, we wouldn't bet on Olympiacos making it to the Final Four again.

The regular season has yet to start, but the Pireans haven't allowed more than 35 points in the first half of games they've played so far. Well, and we remember that the Catalans are slow to get going. On this basis, we can try betting as follows: