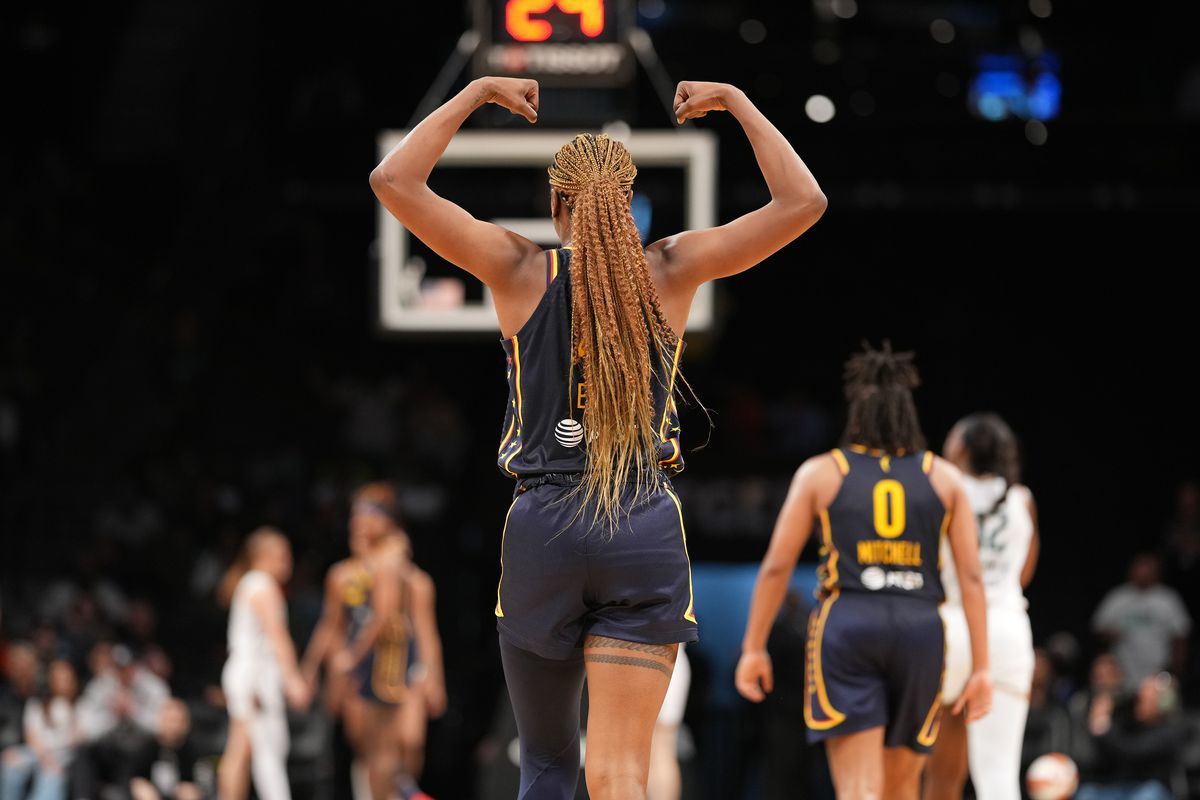 The WNBA betting is as tricky as it gets and when you have to wager on two teams that are rebuilding but improving, the task becomes only more headache-inducing. The WNBA sees a lot of different statline and a team can score 100 in one game and then be around 60 in the other. So, the task will only become trickier as the Indiana Fever will host the Atlanta Dream. The Fever has won two of their four games and beat the New York Liberty 92:86 in an Overtime affair as Kelsey Mitchell dropped 24 points and NaLyssa Smith nabbed 17 rebounds. On the other hand, the Dream won the first two games but come into this game after suffering a horrible 73:96 loss to the Sparks despite Aari McDonald dropping 20 points off the bench. Can the Dream recover from their big loss?

The Fever is much dependent upon Kelsey Mitchell for sure and she has responded with 24 points and 26 points efforts in the last two games, which of course has played the central role in the wins. The return of Guard Danielle Robinson has bolstered the team’s offense and she scored 17 points in the last game. However, it is the rebounding end where the team has made significant progress as rookie NaLyssa Smith has been an elite presence, clinching 17 in the last game. As a team, the Fever grabbed 57 rebounds as rookie Queen Egbo also helped with 14 rebounds.

Inserting slashing presence in the starting lineup, Victoria Vivians also paid off as she scored 20 points and as usual, grabbed 3 steals. The Fever can become a fast-paced team compared to last season as they have two athletic players in Smith and Egbo, and if Smith can polish her offense, the Fever can pose serious challenges to even elite teams. The Fever has a strong driving team and if they get their three-ball going, watch out for them!

Getting Rhyne Howard in the draft has improved the Dream’s defense and she has been highly active on that end while gradually finding her feet on the offensive end, having scored 20+ once already. Cheyenne Parker has been active both as a rebounder and defender while also showing some inside moves. Nia Coffey has also done well as a rebounder whereas Erica Wheeler is yet to find her groove as the offensive threat, and hasn’t been as effective as last season so far.

Aari McDonald hit five of her seven threes to get to 20 points and the team does miss the presence of Courtney Williams, who could create some early offense through her terrific shooting. The bench looks strong with McDonald and Billings as the rebounder, who can be a huge factor on the offensive boards. However, the Dream’s offense has looked stagnant in early parts, which would mean that Rhyne Howard will need to step it up for the team to perform better on that end.

Points Range: The Fever looks improved offensively and if rookie NaLyssa steps it up further, they’d have a great inside and outside combination. With the return of Danielle Robinson, they have an additional ball-handler now, and the Fever’s offense surely looks promising. On the other hand, offense has been a huge problem for the Dream so far and one of the major reasons for that is the lack of crafty scorers even if Erica Wheeler at Point is a tremendous ball-handler. Rhyne Howard has shown promise as someone who can score in the 15-20 points range but she lacks the supporting cast on the offensive end. The Dream’s defense has been incredible though and despite getting exploited by elite Aces in the last game, they have the power to stall teams that lack the pace. I believe this will be a low-scoring game and the total points range can be around 140-150.

Prediction: These two teams are still not at the elite level and have multiple holes in terms of the offensive end. The Fever has shown promise of becoming an incredible inside-out team but for that to happen, NaLyssa will need to step it up further. For the Dream, the absence of Tiffany Hayes means they are missing a key piece but Aari McDonald’s big night will inspire confidence in Howard and co. Anyway, I think Kelsey will have another strong game and I believe the Fever will win this game 75-69.