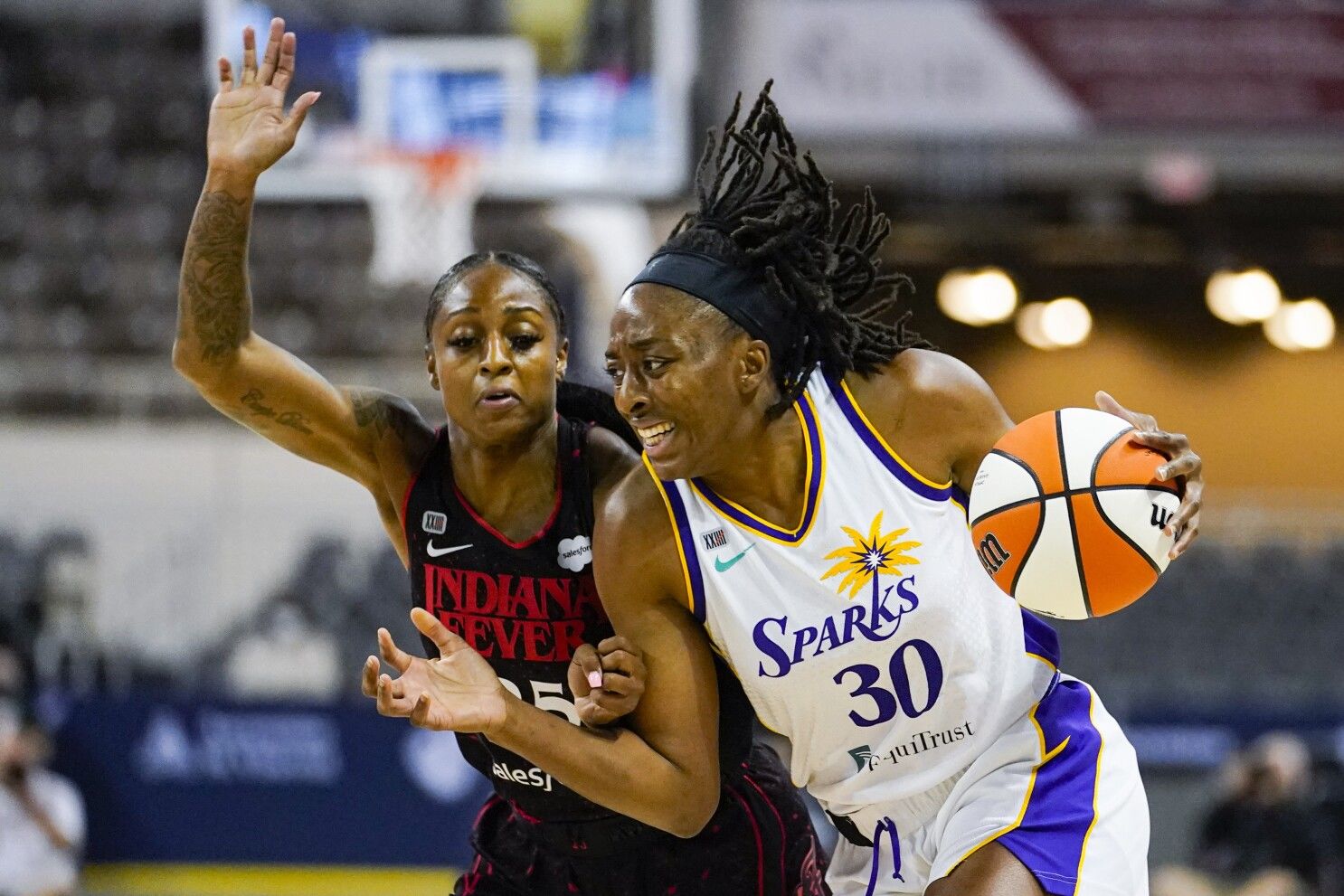 The WNBA has now churned a decent number of games and we have to see how some of the lower-ranked teams are going to perform this time around. It will be interesting to see how Indiana Fever play this season and they will tackle the Los Angeles Sparks in this game. Fever lost their opening game to the Mystics 70:84 in a game where they were unable to get going. On the other hand, the LA Sparks defeated defeated reigning champions Chicago Sky 98:91 as Jordin Canada nailed 21 points. Cna the Fever offense gain some steam against the Sparks?

As expected, Fever’s offense looked off the mark in Game 1, which was common last season. The team’s long-range shooting remains a question mark while the Guard duo of Kelsey and Tifanny Mitchell will need to draw more production. Rookie Nalyssa Smith showed flashes of brilliance scoring 13 points but more importantly nabbing 13 rebounds. Queen Egbo made some lovely inside shots, dropping 10 points and 6 rebounds but the Fever will need to become a better shooting team.

They shot just around 23% from the three-point line, forcing the issue on many teams but the worst part was that they committed 17 turnovers, and when you are not making a ton of shots, a such a number of turnovers can’t be tolerated. Crystal Dangerfield had a decent game in her Fever debut but he will need to be more precise with her execution. Rookie Emily Engstler hauled in 9 boards off the bench but was out of control, turning it over 4 times, although her defense looks brilliant.

Nneka and Jordin can form a solid pairing

Nneka Ogwumike continued her brilliant Spark career in the season opener, dropping 19 points, and making tough shots all night long. She received immense help from Jordin Canada, who is can help the Sparks become much better than last season. Jordin had 21 points and dropped 8 assists, which was surely the difference in the last game. The Sparks shot 49% from the field while stamping 37% of their threes, but the bulk of the effort relied upon Jordin and Nneka.

Liz Cambage’s activity level seems to decrease every season and in the last game too, she played a bit wayward, turning it over five times and struggling while running the floor, although if she figures it out in a 22-26 minutes role, she can help the Sparks at running some solid inside offense. Sparks seem to trust Jordin here alongside Lexie Brown as they cut Te’a Cooper. To me, this team still doesn’t seem to have a title-winning roster but they can be better than last season.

Points Range: The Sparks played an exciting brand of ball in the first game of the season and showcased that they can be highly aggressive while going to the rim and there is no doubt that Jordin has given them a great driving option as a brilliant ball-handler. With the current set-up, the Sparks seem to love getting their hands on the ball and playing an up-tempo brand of basketball, a scheme where Liz doesn’t actually fit. On the other hand, the Fever’s offense was stagnant, there were a bunch of loose shots and seriously, a lot of work needs to be done on the shot selection of the team. For that to happen, they will need to get more transition points instead of just moving the ball around on the perimeter in a loop or force shots. Considering the Sparks’ style in the first game, this can be an up-tempo game, and the points range can be 170-180.

Prediction: The Sparks are a much more disruptive team than the Fever but trust me, the Fever had some strong defensive possessions in their opener too. The trouble for Fever is that they lack the scoring options to pull through against a team that can deploy multi-faceted sets. By that I mean, if the Sparks’ running game is taken away, Nneka and Cambage can act as post scorers while Canada can also adopt, the Fever looked off-color in both types of scenarios. That is why I believe that the Sparks will snag an 89:81 win here.