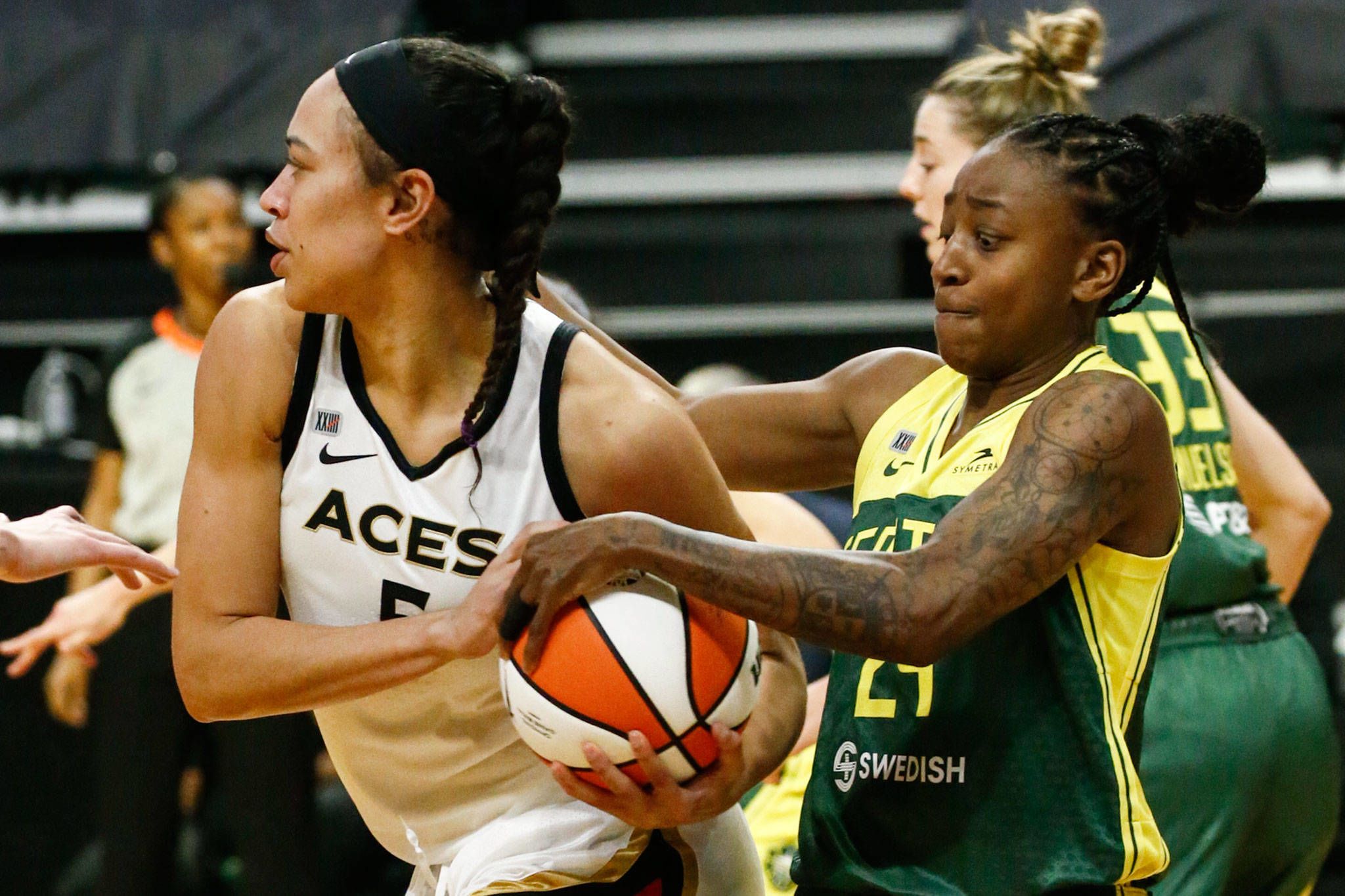 The WNBA Regular Season is in full flow and unlike the NBA, the Regular Season will fold within three months, paving way for the Playoffs. See, the Playoffs are also short and we don’t have a Conference system and the teams that finished from the first to eighth ranks end up clashing against each other. Anyway, in this game, the Las Vegas Aces will host the Seattle Storm. The Aces won the last game 106:88 as three players scored at least 20 points. On the other hand, the Storm also earned a blowout win as Lynx got beaten 97:74 behind a strong team performance.

The Aces play a fast-paced style of basketball and as a result, it is tough to keep up with the team when they are rolling ahead. The Aces also have an equally effective long-range shooting alongside paint scoring. The Aces shot an amazing 58% from the floor while nailing 52% of their threes. The thing is that the Aces are loaded from the Point Guard to Center position, full of ball-handlers, cutters, off-the-ball shooters, and tough post players.

The Aces dished 27 assists in the last game and it proves that they can get the ball moving. They have solid rebounders too with Dearica Hamby and Aja Wilson dealing most of the damage there. However, the bench can be a question mark and it is strange that Riquna Williams didn’t play any minutes in the first game while Kiah Stokes was missing too. Still, the Aces are a fantastic team and look like a contender.

With Breanna Stewart running the show at the Forward and Jewell Loyd doing her thing at the guard position, the Storm is surely a strong team. The interesting thing is that the bench is solid too with players like Steph Talbot, Briann January, Epiphany Prince, and Janet Lavender. There is no doubt that the Storm has a lot of experience and when you have ageless Sue Bird running the Point Guard position, there will be a whole lot of open looks.

And the Storm cashed in on 12 of their 25 threes in the last game while shooting a strong 53% from the floor. The Storm clinched 14 steals in the last game and they have multi-faceted problems. Both Stewart and Loyd scored 17 points each with both players doing a great job from multiple positions. The bench hauled in 39 points and that will be get it done most nights.

Points Range: The Aces have the potential to become the highest-scoring team and they look like the most loaded starting lineup considering they can deploy a run-and-gun game. The trouble against the Aces is that not only they are athletic but have finesse and Kelsey Plum may be in for the best season of her career. Hamby and Young are terrific scorers as well so they can be a handful to deal with. On the other Storm’s experience is something to reckon with and their roster meets the demands of making a deep playoff run when the game slows down, but it works well in all circumstances. I believe both teams will have an efficient shooting night and the total points range can be 170-180.

Prediction: The Aces are a terrific two-way team and you don’t want to engage in a running game with them. These are two teams that can go on long scoring streaks and have no shortage of offensive options. Kelsey Plum can be a huge difference-maker as a scorer and she can transform the fortunes of this Franchise. Both look like title teams and I believe this will be a close game with the Aces nabbing a 92:87 win here.

Boston vs Houston Prediction: the Stars to Confirm Favorite Status

New York Mets vs St. Louis: Max Scherzer and His Squad to Be Stronger