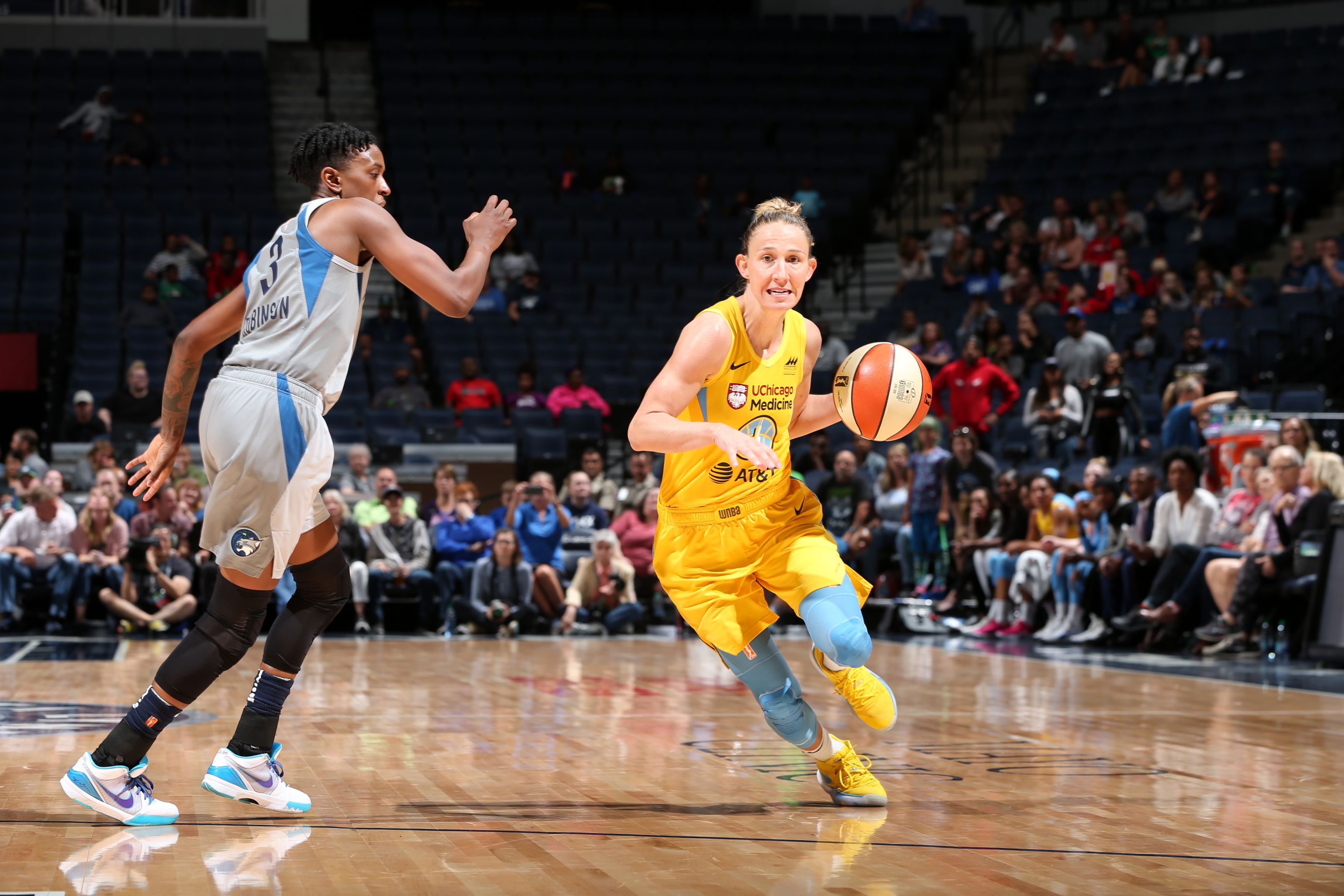 As the wheels of time turn, we are deep into the WNBA season, which has already given us some savory treats so early in the season. The WNBA is a terrific league with a lot of wonderful talent. Let us jump into the game between the Minnesota Lynx and the Chicago Sky. The Lynx is yet to win a game this season and their offense has looked in poor shape so far. On the other hand, Sky defeated the Liberty 83:50 as Dana Evans scrapped 15 points. Can the Lynx get some momentum going?

The Lynx has done terribly when it comes to shooting the ball. They miss Guards who are able to click from outside consistently and not having Kayla McBride has hurt the team balance as she can craft offense out of nowhere. The other trouble has been that Aerial Powers has been unable to get it going and in the last game, she shot a terrible 1/10 from the field. Rachel Banham got something going last game but the Lynx are in dire need of a shot-creator.

Only Sylvia Fowles has been a consistent offensive option and she has been raining big offensive nights while being an absolute force on the rebounding end. Jessica Shephard has given some terrific all-around minutes and she can develop into a reliable option. The team signed Evina Westbrook who can be a big presence off the bench but we are yet to see a sample size. Bridget Carleton can be more aggressive but overall, the team at latest needs Aerial Powers to get going.

Sky has been built well

Despite not having Kahleah Copper and Allie Quigley for the early parts, the Sky has found sophomore Dana Evans doing a great job on the offensive end, nailing 15 in the last game, and 20+ points during the opening night. The team also brought in Emma Messeman who gives an all-around touch as a scorer, rebounder, and playmaker. On the other hand, Candace Parker has done a great job for so many seasons and she will be huge without Copper and Quigley.

The Sky also saw Rebekah Gardner come up with a solid effort and overall, the team has seen versatile production in multiple areas. Azure Stevens has done a great job as a scorer, and rebounder, and she has been a huge difference-maker for two seasons now. To be honest, the Sky has shown defensive promise but still, sometimes seems to be missing without their incredible scorer in Kahleah Copper.

Points Range: The Sky has done a great job in the first two games in terms of getting their offense going. Dana Evans has emerged as a terrific offensive option and she has shown the way whether in the starting role or the reserve role. On the other hand, the Lynx has been struggling on the offensive end and outside of Sylvia Fowles, they have not gotten anyone to get going. The trouble for the Lynx is that the Guard positions are still not reliable and Rachel Banham has been a bit up-and-down. How can Lynx fix their issues or will the Sky be too much? I believe the total points range here is 150-160.

Prediction: The Lynx will come into this game on a cold streak and perhaps the Center position with Sylvia Fowles is the only one where the team has an advantage. The Sky will be lucky to see Dana Evans eke out some quality production and it is strange that they have been an effective offensive team without their two key players in Allie Quigley and Kahleha Copper. Ultimately, I see the Sky winning this game 84:75.