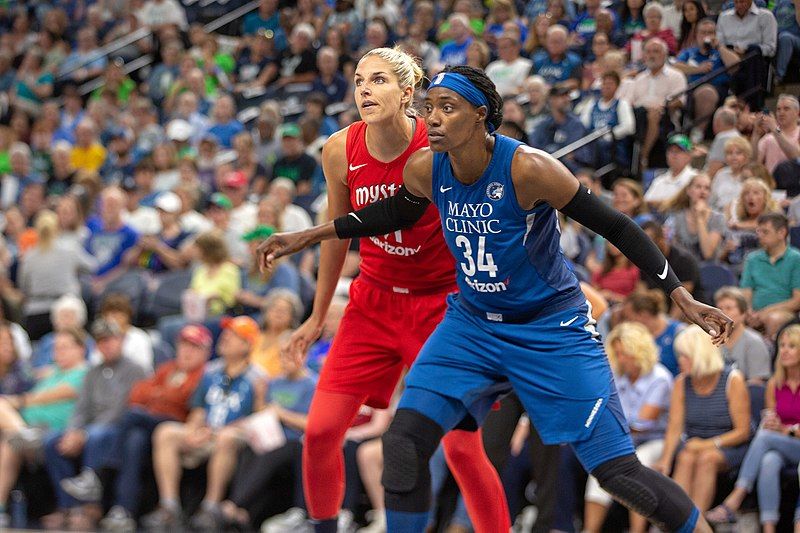 We are into the WNBA at a rapid pace now and already, there have been some eye-catching battles. The WNBA, unlike NBA, has far fewer games while the standings are not Conference-wise but are bracketed from one to twelve. Anyway, in this game, the Minnesota Lynx will host the Washington Mystics. The Lynx are without Naphessa Collier who is not playing because she gave birth. Due to a short-handed team, the Lynx lost the last game 74:97 against the Storm. On the other hand, the Mystics had a beautiful opening night as Elena Della Donne began the season after a long time and they beat the Fever 84:70 and she nailed 21 points. Can the Lynx win at home even with a short-handed roster?

Lynx’s troubles in the first game

The Lynx did a decent job in the first half of the last game but it is clear that without Naphessa Collier, the overall scoring balance is disturbed especially in the low block. The Lynx show below 20% from the three-point line and turned it over 17 times. Guards Rachel Banham, Odyssey Sims, and Yvonne Turner shot a combined 6 out of 26 from the floor and the guard position surely looks a bit compromised.

Aerial Powers and Sylvia Fowles got the job done, combining for 30 points but if you ask me, these two will need the guards to hit their shots. The bigger problem without Collier is the defensive end as her footwork was vital in keeping up with tough offensive players. Fowles is an elite defender but she is moving towards the twilight of her career. Bridget Carleton will need to up her game as a shooter especially.

The Mystics had a dream start to the season as at least four players scored 10 points and three of them scored at least 15 points. The health of Ellena-Della Donne can end up deciding the season because she can manufacture offenses from multiple areas and knows how to use the pump-fake well. Natasha Cloud is a brilliant scorer and playmaker while Ariel Atkins is a know isolation scorer.

The free-throw shooting was on point in the last game as the team nailed 18 out of 20. The bench looks like an issue and I think Rui Machida, the newly acquired Point Guard can develop into something special if she learns how to tackle the size of the WNBA defenders. Tianna Hawkins did well but my question is that if Ellena gets injured again, does the team really have enough firepower to pull through? I have my doubts.

Points Range: The Mystics showed some beautiful half-court offense in the last game and with a player like Ellena, who can create offense in tough possessions, they can have a strong season. For the Lynx, the lack of production from the guard position can be addressed with the return of Angel McCoughtry, but the team will need to do a much better job on the defensive end as well, which is more compromised in the absence of Napheesa Collier. The Mystics presented a beautiful scoring balance in their first game and their defense also looked gritty but they will need more from their bench offensively. I believe the total points range here is 170-180.

Prediction: What can the Lynx do to bounce back? They will need to push the ball up harder and instead of taking tough shots, they will need to run some deep sets. For the Mystics, the sample size is small too and I will need to see more from them to reach what kind of squad they are developing into. For this game, I believe Myisha Hines-Allen will step it up further alongside Ellena and Mystics will clinch a 91:84 win.