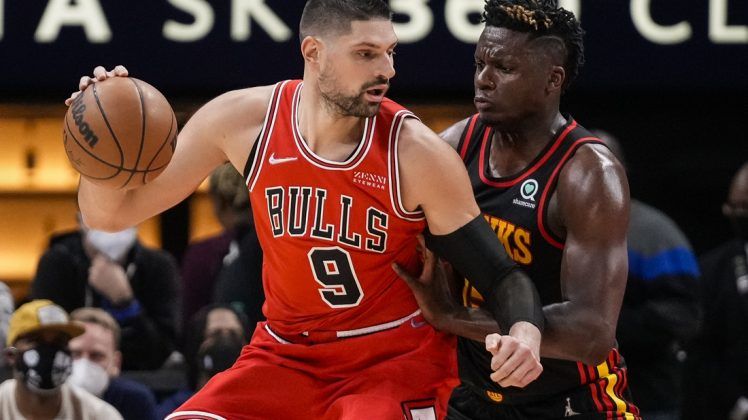 NBA betting has become more difficult these days as various bottom feeders keep overturning the fortunes while the bunch of injuries and fatigue have been hindering the progress of some of the more elite teams. This is what makes the whole business challenging, recently I suggested betting on the Nuggets against the Thunder, the Nuggets being a way better squad overall than the Thunder and the latter playing without two of their best players, and what happened! The Thunder beat the Nuggets! This is why the scenario is challenging but this is what makes it so fun as well. Anyway, let us jump into the game between Atlanta Hawks and the Chicago Bulls.

The Hawks have had an underwhelming season and after reaching the Conference Finals last season, their road looks way tough and they are in need of a huge spark at this point. They have compiled 32 losses and 29 wins and they are unable to fend off elite Eastern squads these days. On the other hand, the Chicago Bulls have vastly improved compared to last season, usually riding the hot hand of DeMar DeRozan. They have compiled 39 wins and 23 losses, they have lost the two games against two of the top-four teams record-wise in Grizzlies and Heat. They were on a six-game winning streak earlier but fortunes have rather turned for them in the last two contests. However, the duo of LaVine and DeRozan will fancy themselves to make sure that the Bulls end up in the top four at least. Can they first take care of business against the high-scoring Hawks? To know my game total and result prediction, slide over to “Expert Betting Tips”. For my player-based statistics prediction, jump over to “Player Performance Prediction”.

East is a thorny road

The biggest issue for the Hawks has been the inability to win against the elite teams. This is why when they face an elite defense, they are out of answers and if Trae Young is not clicking from the field, their effort falls apart completely. They lost five out of their six games away from home recently, and the only win came against the bottom-of-the-table team in the Orlando Magic. This fact alone has held them back in the East which has improved at a staggering rate this season. The Hawks are overly reliant upon Trae Young as mentioned earlier and the rest of the unit’s balance has been hurt since John Collins has been injured.

Trae Young is questionable for the game and if he ends up missing the game against a strong Bulls team then the Hawks’ chances will reduce significantly. They have seen some viable games from Bogdan Bogdanovic but the starting Forward combo of Hunter and Gallinari has not come through with John Collins out of the picture. Capela’s production is down compared to last season and sometimes teams can just pull the plugs on Trae and come through against the Hawks. It is looking unlikely with each day that the Hawks will make it to the Eastern Conference Finals again.

Bulls will have their hands full

The Chicago Bulls have been playing their best brand of basketball this season and the duo of LaVine and DeRozan has worked out for them. However, the road has been tougher since the injuries to their premier guards in Alex Caruso and Lonzo Ball. The absence of these two has certainly decimated the Point Guard position and the bench balance as well. While the team has received more than respectable production from Ayo Dosunmu. He has done his bit as the scorer and without him, the Bulls have been in dire straits. They do need Lonzo and Caruso back with the East deepening with each day.

One other positive has been the play of Nikola Vucevic who has done a great job as the scorer and rebounder for the team. Coby White has been a stellar scoring option and thanks to him, there is some bench balance. The team also needs Patrick Williams back soon because he can be huge in shutting down high-yielding offensive players of the oppositions and the Bulls have been hurt with him and Caruso has gone from the fray. The schedule for the Bulls doesn’t look essay and they will need a huge boost and need to take away games against teams like Hawks.

Points Range: The Hawks have been one of the best offensive teams for the most part but if Trae is out then their team balance can get hurt. As long as DeRozan and LaVine are playing, the Bulls are in play for a huge scoring night. The Hawks defense is much improved these days but I still believe that the Bulls’ scoring will pick up. I also believe that the duo of LaVine and DeRozan will combine for big scoring nights here. I believe the Bulls will score at least 114 points while the Hawks can be in play for a 120+ production if Trae is available. I see the total points range as 220-230 if Trae doesn’t play and 230-240 if he plays.

Prediction: In terms of depth, both teams are not far away and the team balance has been rather hurt for two of these squads. However, with the duo of LaVine and DeRozan, the Bulls can mount up a tough offensive outing. But on the flip side, the Hawks can be bolstered playing at home and can mount up brilliant resistance. If Young doesn’t play then the Hawks can be short-handed on multiple levels. I believe the Bulls will take this game 118:108 if Young doesn’t play and 120:115 if Young plays.