Atlanta Hawks vs Cleveland Cavaliers: Vulnerable Hawks fight it out against pesky Cavs 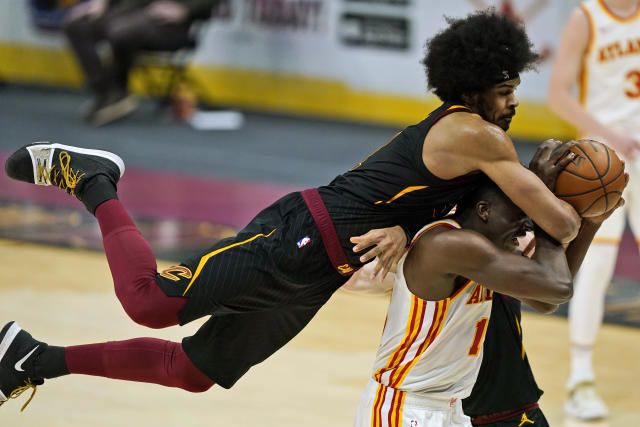 NBA betting is a turbulent affair and as push towards the postseason will heathen up, oh lord, how many varied results will pile up. The All-Star Break is around but more than anything, it signifies that the Playoffs are a few months away. And with the Play-in tournament in the picture before the major Playoff battles, the teams that are hovering around the 30-40% record remain in the picture to get a postseason slot. However, in the Eastern Conference, the depth has been enormous this season. And keeping that in mind, let us slide into the affair between Atlanta Hawks and the Cleveland Cavaliers.

The Hawks have lost 30 and have won just 26 games, currently on a two-game losing streak and they have lost four out of the last five games. Atlanta has been struggling a bit this season and one thing is for sure, Trae Young defines the effort of this team and if he struggles, the Hawks’ chance of winning games decimate. John Collins has been ruled out till the All-Star Break and that really hurts the team depth at the big Forward. As the East becomes stiffer, Hawks have their work cut out till the Postseason arrives.

On the other hand, the Cavaliers have been playing their best basketball in years, becoming an enforcer on the defensive end. The Cavs have won 35 and have just 22 losses, playing a high level of basketball since the beginning of the season. They have won four out of their last five games, playing a high level of defense. Acquiring Caris LeVert has given them some depth at the off-guard position. The team is well-known for its lengthy lineups and once Lauri Markkanen returns, the team balance may look ever more imposing. Can they take care of business against Hawks away from home? To know my game total and result prediction, jump to “Expert Betting Tips”. For my player-based statistics prediction, flip to “Player Performance Prediction”.

Hawks have been a little inconsistent

Atlanta Hawks had a great period last month when they won seven in a row to end the month, which had been the second time this season, one the team had won seven in a row. However, the squad has been highly susceptible to losing streaks and can go on long dry spells. Mostly, it is the defensive end that holds them back but for the Hawks, much of the win-loss column revolves around Trae Young. If he is ice-cold from the field, they are going to be more likely to lose. And yes, Young has had some inconsistent offensive outings lately which has been resulting in Hawks’ losses lately.

One other issue has been that Collins has been hurt and that has taken the balance away in the frontline. Hunter’s scoring has been down quite a bit recently while Gallinari has shown the tendency to misfire every now and then. Bogdanovic has been playing well and has been improving each month, but yes consistency is required from Gallinari and Hunter. It also seems like these players play with more confidence when Trae is heating up from the floor. The Hawks are not among the elite defense teams so they can’t afford offensive lapses. As the East keeps getting tougher, how will the Hawks cope?

Cavaliers can become even better

The Cavaliers get their offensive juices flowing through their amazing point guard Darius Garland. He is one of the candidates for the Most Improved Player in the league for his uptick in his scoring and scintillating passing. The Guard makes the Cavaliers system work with his talented ways and he knows where to find open teammates and take over the pace of the game. The team has played without their major scorer Collin Sexton for most parts but inserting Caris LeVert into the fray can bring in big-time scoring but he is still learning to co-exist with a ball-dominant player in Garland.

The Cavaliers are a terrific defensive team and their Two Center lineup with Evan Mobley and Jarrett Allen can cause disruptions especially when the teams are looking to pull in points in the paint. They have been fielding a lengthy lineup with defensive wing Okoro and a strong big Forwad lineup with Dean Wade and Kevin Love. Love has been instrumental in terms of three-point shooting and brilliant rebounding. The Cavs can become even better once LeVert adjusts to the Cavs system and it will not be a surprise if they go on a big run as the Postseason comes knocking at the doorstep.

Points Range: The Cavaliers offense can struggle at times, hovering in the 103 range but I believe if Caris LeVert picks up the steam, they can continuously breach the 110 points mark. On the other hand, the Hawks have relatively been a higher scoring team, going past 112 or so on a regular basis but the Cavaliers defense is firm and hold teams usually below the 108 points mark. I believe the Cavaliers will score at least 108 points here while Hawks will be around 105. I think the total points range here is 210-220.

Prediction: I think that Cavaliers will come guns blazing on the offensive end here and I think LeVert will figure out the scoring ways here. I see Cedi Osman also coming up strong here while I also think Garland will get the offensive machine ticking. I believe the Cavs will come around to stall Trae Young and I see Hawks hitting a cold spell during one of the phases. I think the Cavaliers will take this game 114:105.