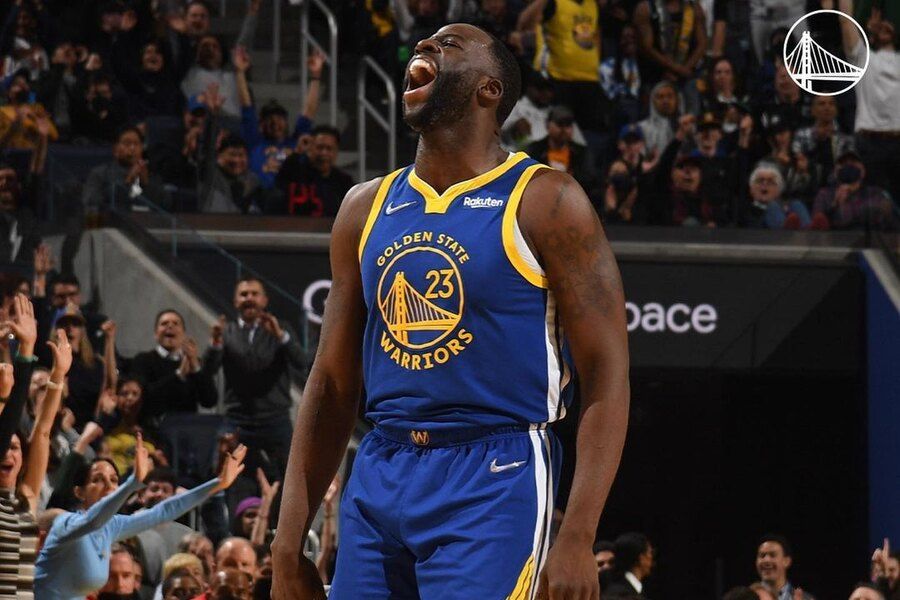 The NBA scene steadily heads towards the Postseason and oh lord, are we in for some fun battles during that period! The Phoenix Suns have built their dominance over the league and no team has been as consistent and deep as them. They will surely enter the postseason as the title favorites and if not anything, a run below the Finals will be considered an underachieving performance. Unlike the West, where the Suns have crafted an unassailable campaign, the East is still wide open and there is no clarity on what teams among the Heat, the 76ers, the Bucks, and the Celtics will fall where. However, for the Golden State Warriors, the matters have been a tad tricky as Stephen Curry may not be available before the postseason. In this game, the Warriors will take on the Atlanta Hawks, a team that has fallen short of expectations in numerous ways.

Hawks have had a rather disappointing campaign

The Atlanta Hawks entered the season as the Eastern Finalists and they have surely been struggling this season to keep up a lengthy winning run. Unlike last season, when the Hawks pulled off a decisive run to end the season on the fifth spot and then gain Playoffs series over first the Knicks and then the 76ers, which was surely against the odds, this season the Hawks have mostly lingered below the top-eight teams. They are in the tight race for the ninth spot against the Hornets, a team that is most likely going to face them in the Play-in tournament so getting the ninth spot will mean gaining the home-court advantage. And wouldn’t that be huge during just a one-off fixture?

As of now, the Hawks are placed in the tenth spot, however, they have just one fewer win and a fewer loss than the Hornets. The Hawks have struggled away from home so the current window will be huge because they have still done much better when playing at home. They have 23 wins and 14 losses record at home and an underwhelming 13 wins and 23 losses record away from home. Much of the effort depends upon Trae Young and whenever he scores below 25 or is shooting below 40%, the team is highly likely to lose. The team has also been without their athletic Power Forward John Collins before the All-Star Break which has taken out some of the inside offense.

Warriors have not been exceptional like earlier in the season

After beginning the season on an almost 75% record, the Warriors were only winning around 50% of their games. During the first quarter of the season, they had the best defense in the league and smoked out the opposition’s offense repeatedly. Much of their defensive steam was taken off when the team lost Draymond Green who is the team’s defensive anchor. Green proved he is an MVP in his own regard as without him, the Warriors system collapsed and there was a lack of energy. Although the Warriors were terrific away from home earlier in the season, their road record has been abysmal lately.

Stephen Curry who leads the league in three-pointers made has been ruled out for perhaps the rest of the Regular Season but in his absence, Jordan Poole has been equally effective as a scorer. Alongside, Klay Thompson and Wiggins, the Guard to wing scoring looks tight while in the frontline Kuminga and Porter Jr. have helped the cause. Porter Jr. has been especially impressive as a rebounder in the small-ball scheme employed by Steve Kerr. The Warriors bench is deep and they should have won more when Curry was healthy but they still sit comfortably at the third spot and can ensure the home-court advantage at least till the First Round. Can the team notch some away wins without Curry?

Points Range: On their home floor, the Hawks have been a stellar scoring team with Trae Young running the show. They constantly score in the excess of 110 on the home floor and that is why they have been hard to beat even for the elite teams. On the other hand, the Warriors' offense has showcased signs of struggles on the offensive end but they have the potential to do better with their deep scoring lineup. Defensively, the Hawks do much better at home but they are far from an elite defense. Meanwhile, the Warriors' defense is likely to improve with the return of Draymond in the fray and Otto Porter grabbing rebounds to avoid second-chance opportunities. I see a 220-230 points range game here.

Prediction: Containing Trae Young will be the priority for the Warriors' defense and with Draymond back, I expect their switches to be better than before. I am not convinced yet that the Warriors will continue to struggle because they have such depth and great team balance even without Curry. For the Warriors to resurrect their season, they will need to win on the road. I believe they will start something special here and beat the Hawks 117:108.