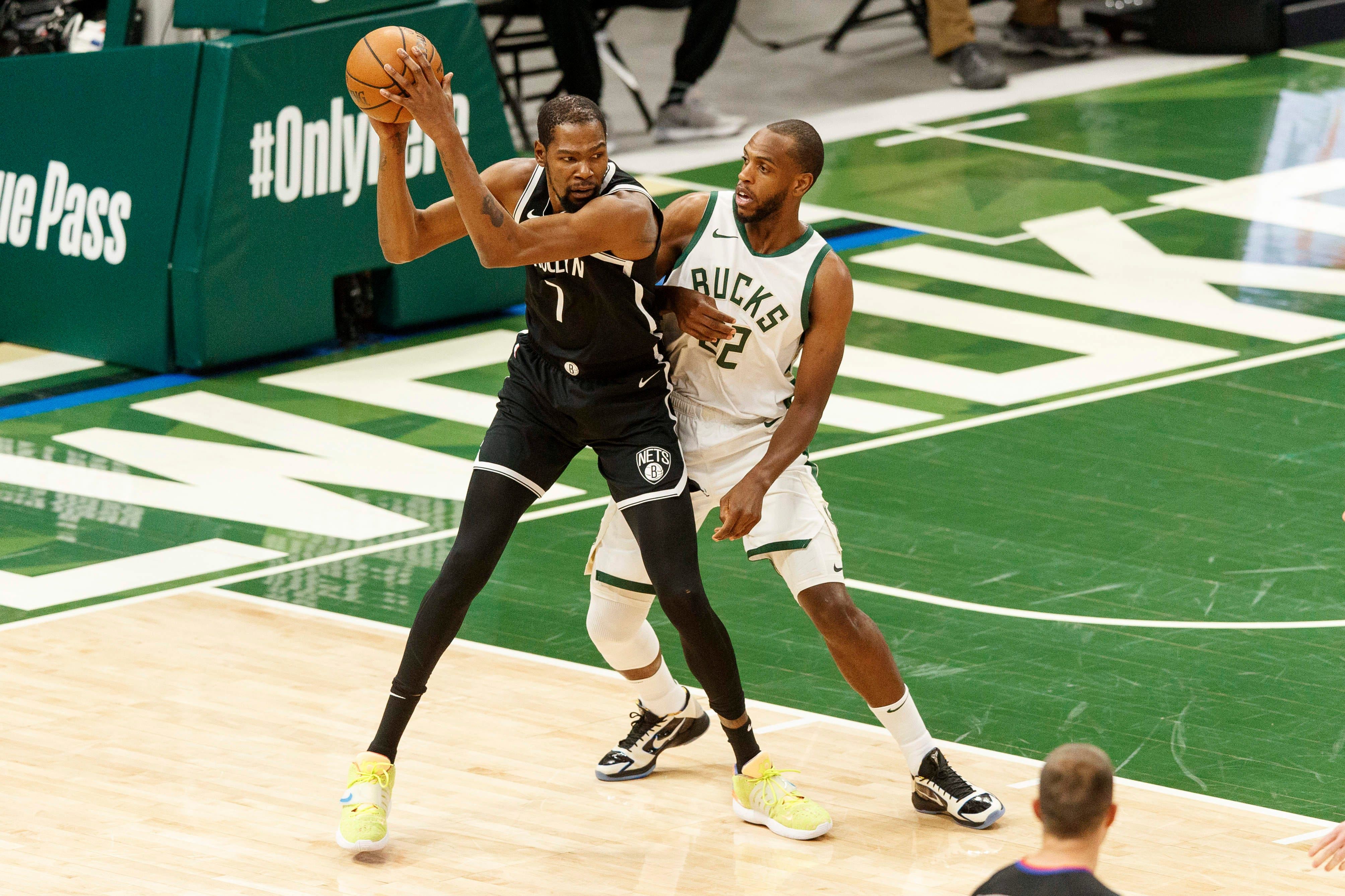 The NBA betting can be a tumultuous affair and even if some results look obvious, if you aim to gun down the lower odds, you will have to field some special prediction. A made shot, a missed free-throw, a late game run, and a lot of other variants can flip the script and change the Over or Under Total or the game result itself. Anyway, here we discuss the scenario between the Brooklyn Nets and the Milwaukee Bucks in an Eastern Conference battle between two title contenders. The Nets have twice more wins than losses, a 24-12 record, meanwhile the Bucks have won 25 and lost 15 games. Nets are potentially going to be with Durant and Harden while the Bucks are potentially going to be with Middleton and Antetokounmpo but without Holiday, Allen, DiVincenzo, and Connaughton. The Nets seem to have a healthier roster but can you write off the defending champions Bucks just like that> To have a quick look, jump to “Notes”. To look through my total and game result prediction, hop over to “Expert Betting Tips”.

Bucks will have their hands full, Nets can’t take the Bucks lightly

Nets’ superstar power: Nets have two game-changing players in Kevin Durant and James Harden. Both of these options can take over the game offensively, especially in the case of Durant, who leads the league in points per game. Meanwhile, James Harden is also among the best assists makes and both Harden and Durant are all-around talents. With these two players, the opponents already have their hands full and with them, talents like Patty Mills, who can pour it in from three-point line and Aldridge who can generate high-quality offense inside, you get a combined 25-35 points regularly. Claxton has also emerged a high-quality big scorer and overall, the Nets have looked deeper than they did earlier in the season. Although Kyrie Irving will not feature here, with him in the mix during many road games, the Nets are surely one of the title favourites.

Bucks have a lot of ammo: Jrue Holiday is in the COVID-19 protocols and with him, the team loses a ton of perimeter defense, scoring, and playmaking. With Allen, Connaughton, and DiVincenzo also out, the Bucks are left without any guards in the regular rotation. This means Jordan Nwora, Rodney Hood and Wesley Matthews will see an increased role. And now let us come to their main weapons, Giannis and Khris. Giannis is most likely going to play here and of course, he is one of the most difficult players to guard while Khris is more than a handful at the wing as well. Overall, the two players can end up notching 50 or more combined and with Portis at Center, the Bucks continue to have perhaps the most dominating Frontline.

Points Range: The Bucks can go past 110 or so especially if Middleton and Giannis play here, they have that amount of ammo at least. However, yes, the probability reduces with their floor spreaders such as Holiday, Allen, Connaughton, and DiVincenzo gone. On the other hand, the Nets have shown that they are going to score 110 or more during most games and that is not a surprise at all with a team that has tantalising players like Durant and Harden. Nets defense hasn’t been as active as it was till mid-December and they have uncharacteristically allowed 118 or more three times in a row. Perhaps, the team will go back to their elite perimeter defensive ways soon but yes, the Bucks can pose problems with superb all-around scorers like Giannis and Middleton. I think the Nets will score at least 107 here while the Bucks will go past 105 at least. The total points range for me appears to be 216-227.

Prediction: With Durant and Harden, the Nets of course hold the major cards here as the Bucks will have to delve deeper into their bench to fill out minutes. In this case, the role of Giannis and Middleton only becomes more prominent but hey, they can be game-winning players on most nights. The Bucks have lost the last two but they are not someone whom you can’ take lightly, I think their bench has some players like Nwora who can respond well when his number is called. I think while the Nets have 56% of probability to win this one, the Bucks will come up strong here. I think the Nets will bag this ultimately with a scoreline of 114:108.