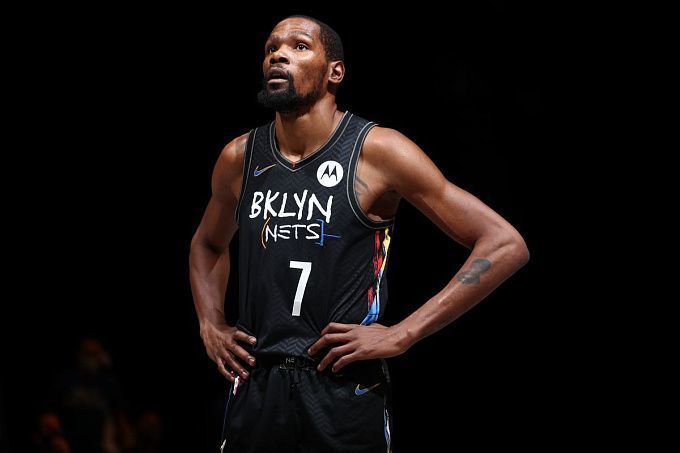 The matchup between Brooklyn and Philadelphia is one of the most anticipated in the NBA, as many will be watching Ben Simmons and his former team battle it out. Plus, the Australian playmaker will be making his first start in a long time. How will his come back turn out? Let's find out.

The Nets have had a rough last year, but the team is ready to fight for a championship title. Even though Kyrie Irving and Kevin Durant demanded a trade, the club continued to complete the roster in the offseason and got some good role players, and by the return of the superstars, Brooklyn has a very capable team. Royce O'Neale should be a solid defensive player, T.J. Warren should be able to help the offense after his long absence, and Edmond Sumner proved himself decently in Indiana before his injury. Ben Simmons finally got his back fixed and is ready to make his Nets debut. Joe Harris, who missed most of the last regular season, is also fully recovered.

The Sixers are also planning another trek for the title, and right now their chances are as high as ever, except that with Jimmy Butler in the lineup their potential was higher. Much will depend on how well prepared James Harden, who has sagged badly compared to his best seasons of his career, will be. Harden is still very useful as a playmaker, but whether he can still average 25-30 points per game is a big question.

Joel Embiid will once again be a contender for Most Valuable Player of the regular season, though the Cameroonian said he doesn't care about individual awards anymore. Tyrese Maxey could take another step toward star status, but there are questions about Tobias Harris. With the arrival of James Harden, Toby's stats have sagged badly, and Maxey is the 2-3 option on offense right now. There were also quite a few signings over the summer, with Danuel House, P.J. Tucker and Montrezl Harrell making Philadelphia's bench much more capable. In addition, the club traded away De'Anthony Melton, so the Sixers' defense is likely to improve as compared to the past seasons.

NBA Summer League aside, Philadelphia has defeated Brooklyn six times in their last 10 head-to-head encounters. In their last meeting, the Sixers lost 100-129 at home, only Danny Green absent, while the Nets had to do without Joe Harris and Ben Simmons. By the way, Brooklyn also won in Summer League, 91-84.

Both teams got good defensive role players in the offseason, but in the preseason there's not much point in going down. The depth of the roster should play a role here, with younger basketball players likely to get more playing time. Kessler Edwards and Cam Thomas looked good in Summer League and, somewhat suprisingly, they will be the ones to decide the outcome of the upcoming game. Ben Simmons will also be energized in Game 1, and his teammates will try to support the Aussie and get the win, especially at home. Philadelphia is struggling with their youth, their top prospects are already in the main rotation, while the rest don't really stand out. In addition, the Nets have more quality shooters, so the home team is the clear favorite. We suggest betting on the following outcomes: