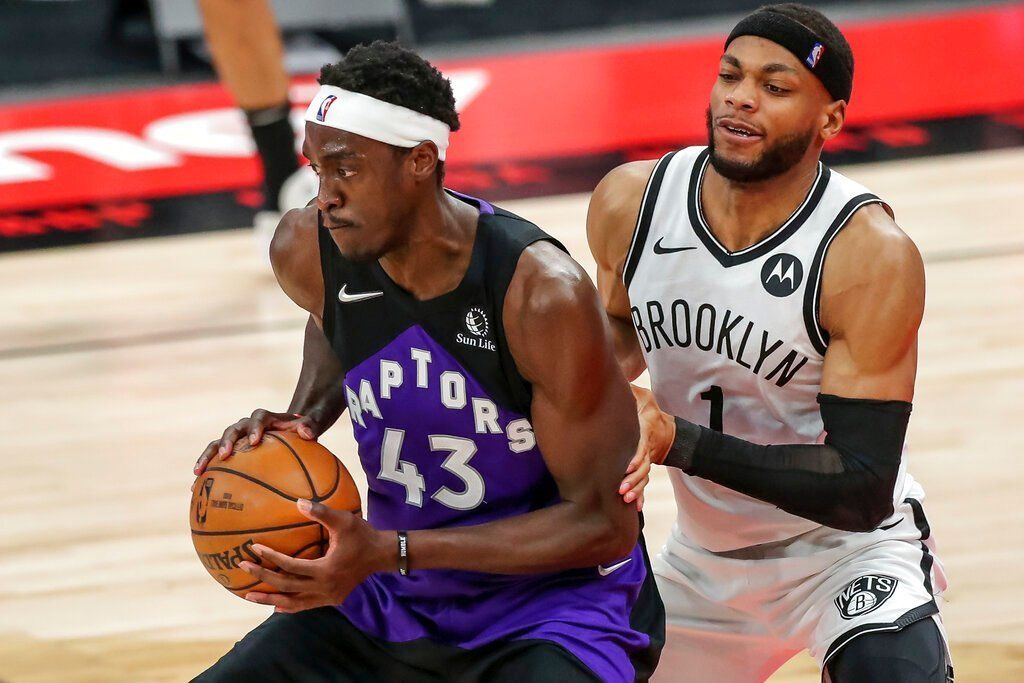 The NBA has reached a crucial phase as the Playoffs are fewer than a couple of months away. The Eastern Conference is seeing an intense battle from the top to bottom and the race to the top is especially heating up considering how some rosters have shored up their reserves around the midseason window while others have hit a sweet spot. On the other hand, some squads are vying for the top-six positions that will avoid the Play-in tournament window. Keeping that in mind, let us jump into the game between the Brooklyn Nets and the Toronto Raptors.

The Nets have 32 wins and 29 losses and they have slipped to the eighth position after they had been in the first position till around December. However, they did garner a dynamic win against the loaded Bucks with Kyrie Irving doing a great job of scoring the ball. They are going to be without him due to the vaccine mandate but he will be a regular after the 13th of March. On the other hand, the Raptors have been struggling a bit recently. They have 32 wins and 27 losses, and they have had some harrowing losses recently, losing four out of the last five games. With OG Anunoby out, their overall team balance has been disturbed. Overall, the Raptors will need to get a boost to dive further. Can they get a win against the vulnerable Nets? For my game total and result prediction, go to “Expert Betting Tips”. For my player-based statistics prediction, slide to “Player Performance Prediction”.

Nets without Kyrie can struggle

Kyrie Irving did a great job in the last game against a stacked Bucks roster but the team will be without him here. Irving has been doing a great job as a part-time player but that is barely a surprise considering his overall skillset. This means, the major burden in this game will shift upon Seth Curry, who can shoot well and also act as the playmaker. Meanwhile, Patty Mills has done a terrible job of shooting the ball these days and that has hurt the team a lot. Andre Drummond has done a great job as the rebounder and also as the finisher and he can take advantage of his size in this game. On the other hand, Bruce Brown has raised his game recently while LaMarcus Aldridge is going to be the key in this game with Irving out. Cam Thomas will get more touches too but although he has done a great job from mid-range but doesn’t bring the three-point shooting like Irving.

The Raptors have had one big problem since the beginning of the season, they lack the bench to sustain a rally. And due to that, when they have an injury to one of their starters, the overall balance is in shambles. Although the Raps have a terrific defense, they can fall apart if they go too ice cold from the field. They had a reputation of not allowing big runs earlier but in the recent five-game window, they have given up more points than average. One of the biggest reasons for that has been that their offense has been ice-cold these days and their shooting and driving has taken a holiday with multiple players hitting the cold streak time and time again. This is why it is vital for the Raptors to figure out their offense so that they can find their groove on the defensive end again. How will they respond against the Nets here?

Points Range: The Raptors’ defense was among one of the best in the league till the first week of February. On the other hand, the Nets’ defense has shown improvements since they have included Drummond and Curry in the mix. Their offense can struggle without Kyrie Irving here and they can lack the same edge as before. OG Anunoby is out for this game and Fred Van Vleet is questionable for the game but I believe Gary Trent Jr. is due a big offensive game here. I see the Nets being held below 109 here while the Raptors going past that mark. I believe the total points range is 210-220.

Prediction: I believe the Raptors can have some trouble if Fred Van Vleet doesn’t play here but I think Gary Trent Jr. will step up here to cover up the hole. On the other hand. I see the Nets coming more motivated after the win against the Bucks but they will miss the scoring prowess of Kyrie. I see a great battle in the middle between the Raptors bigs and Andre Drummond but I see Pascal Siakam winning the battle of the bigs and the Raptors taking this game 114:105.