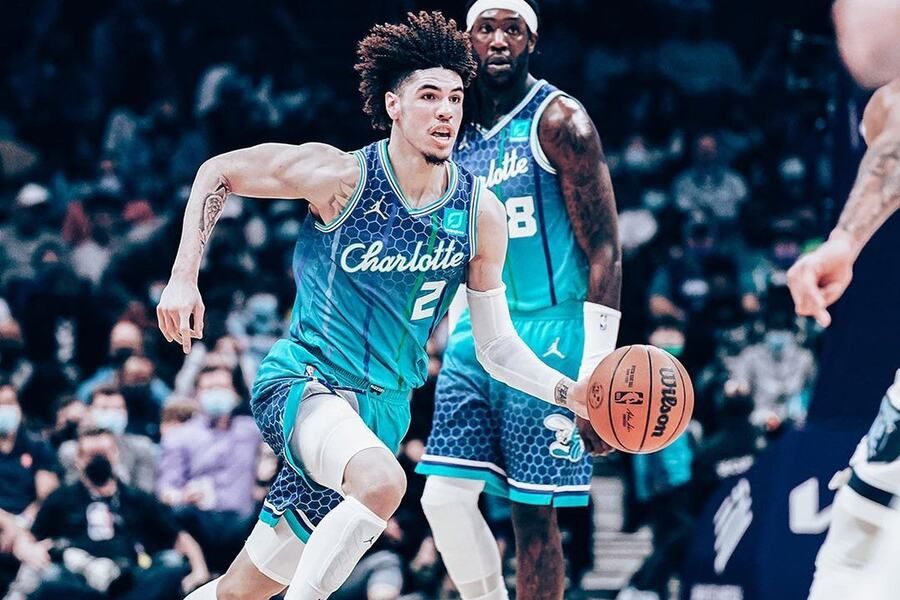 NBA Regular Season is about to be over and soon we will be charting the Play-in tournament and the Playoffs territory. The beginning of the Playoffs signifies that we are inching closer to the NBA title and with each day, there is no doubt that the Phoenix Suns are emerging as the favorites to win at all. On the other hand, for teams like the Charlotte Hornets, the matters are different and as they take on the Denver Nuggets, quite a bit is at stake.

Hornets are on the rise

The Hornets beat the Kyrie and Durant-led Brooklyn Nets in the last game and they have won seven of their last eight games. They are now in the shot to clinch the Eighth seed all of a sudden. The team has played much better on both ends of the floor and their defense has been brilliant compared to earlier. LaMelo Ball has been doing his bit lately as a playmaker and scorer, while the team’s scoring balance has been much better. Kelly Oubre’s form is a concern but overall, the Hornets are faring much better. The upcoming schedule for the Hornets is a mixed affair, with half of the teams as 50%+ win ones and half of them below 50% win teams.

Nuggets have lost the way a bit

Although the sixth spot has become more secure for the Denver Nuggets, considering that the Timberwolves have lost three of the last four games. But it doesn’t mean the Nuggets have been all that stellar lately, they have lost three of the last five games. Nikola Jokic has been delivering his sweet performances but the team has lost to three 50%+ win teams quite a bit lately. The upcoming schedule is also a mixed-bag for the Nuggets but yes, apart from the Grizzlies, they have to only deal with sub-50% win teams, so how will they respond in the upcoming window? And when will their premier defender Michael Porter Jr. return to the fray?

Points Range: While the Hornets are not chipping in 120 or more like earlier, they are still a sturdy offensive squad. One of the reasons for the points dip has been Kelly Oubre Jr’s falling production for some weeks now, but the starters have been getting it done more often than not. For the Nuggets, there is a rather over-reliance on Jokic at times, he is the only one is some form of rhythm, and the team is lacking a consistent shot-creator. On the defensive end, the Hornets are a much-improved team and their play away from home must have bolstered their confidence. Remember, the Hornets played last night and can be a bit exhausted but I do feel they will still come up with a strong effort. I believe the Total Points Range here is 220-230.

Prediction: As stated above, this is the second straight game on the second night for the Hornets and many times lose in such scenarios, even while playing at home. The Hornets have played some high-quality basketball lately and I think despite playing back-to-back, they will be switched on. On the other hand, the Nuggets are not an easy squad to deal with and the Hornets have a tendency to let the Centers dominate, which has hurt them rather too much. Still, I see the Hornets win this game 118:110.