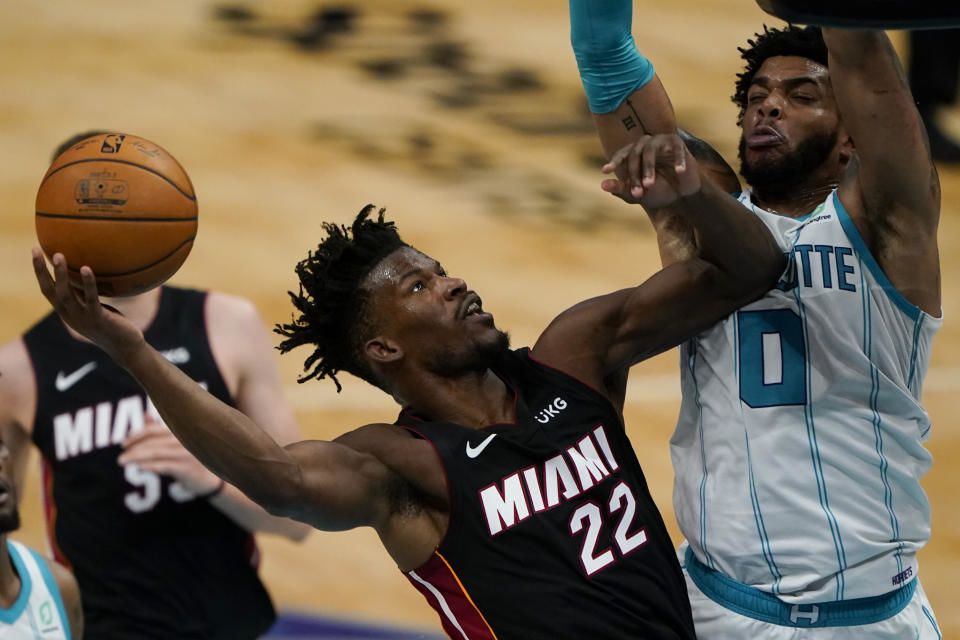 NBA will be soon hit by a storm of trades and it will change the way we approach the NBA betting too. Why? Well, trades mean shifting lineups, and shifting lineups mean that the approach also changes. There are times when the traded players take time in adjusting to the new lineups and sometimes it is like that the match was made in heaven. This is the world of the NBA as managements, players, and coaching staff all make adjustments with the whims of the league day in and day out. This is the most interesting window for me because I like to see how the players are fitting in different squads and what trajectories will their careers take.

Anyway, in this game, the Charlotte Hornets host the Miami Heat. Hornets have compiled 28 wins and 25 losses, showing vast improvements compared to last season but struggling recently. They have lost three games straight and their upcoming schedule is a tricky one with three straight games against tough teams including their rivals in this game, the Heat. They play on straight night and will come off playing against a physical Cavaliers team.

On the other hand, the Miami Heat has hit a high gear this season and they have won 33 games and have lost just 20 games. They come into this game after beating Spurs 112:95, snapping a three-game losing streak but with Lowry, Butler, and Adebayo core getting together, the team can envelop opponents on both ends of the floor. The Heat will play seven of their next eleven games on road and I think even a 6-5 record in that window can be a solid return as the team will be play eleven of their twelve games at home after that. Anyway, first things first, will the Heat take one away from Hornets after they had a gruelling loss versus the Cavaliers? For my game total and result prediction, jump to “Expert Betting Tips”. For players-based prediction, jump to “Player Performance Prediction”.

Hornets’ room for improvement, Heat aim for the top spot in East

The Hornets have lost five of their last seven games, and well, some of these losses have been rather uncharacteristic, as the team has lost the balance on the offensive end and have shot poorly. Charlotte has been going through a tough window and well, they have alternated such windows all season long. But the trouble for me is that they have been healthier in this time and some of the losses have been against either short-handed or struggling teams, especially the last loss against Cavaliers and the one against the Clippers at home. The team has lost three of their last four games at home and they have received a home-based schedule in the current window. Even if they will play seven of their next nine games at home, they will have to face soaring teams like the Heat, the Raptors, the Bulls, the Grizzlies, and Raptors again(All at home). This is a tough window for sure.

The Hornets have struggled on the defensive end so they can’t really afford cold stretches on the offensive end. One of the issues has been entering the fourth quarter on a big deficit and playing catch-up basketball, something that you can’t afford game in and game out. The team is blessed with most amount of high-yielding shotcreators so that sort of struggle is rather surprising. Miles Bridges, Terry Rozier, LaMelo Ball, Kelly Oubre Jr., PJ Washington, Gordon Hayward, Mason Plumlee, and Cody Martin form a strong scoring unit and I think if the team figures out a way to build strong leads early on, they will be back to their mid-January window.

Heat has the potential to go all the way

Miami has perhaps the deepest bench in the league and that is one of the prime reasons why they have won so many games. Last season, their bench strength wasn’t even close to this season but now, the team has laid the foundation to finish at the top of the Eastern Conference or at least in the top two if anything. Miami may have lost three of their last four games but it is one of those windows that even top teams in the league like the Suns or Warriros have suffered at some point. But as of now, if the team gets the core of Lowry, Butler, Adebayo, Robinson, Herro, Tucker, Strus, Vincent, and Dedmon healthy for the next 9-10 games even, the Heat can rise even further.

See, the defense is going to be tight with Lowry and Robinson being high-quality perimeter defenders. Meanwhile, Butler, Tucker, and Adebayo has to be the one of the best defensvie frontcourt pairing. All three players can switch and extend the defense while also patrolling the paint, and also switching to different players and make scoring tough. So this implies that the defense is tight both inside and out. On offese, Butler, Adebayo, and Herro are all capable of scoring 20+ regularly while Butler, Lowry, and Herro can be three top-notch facilitators. The team has multiple all-around players and hustling athletes who put a lot of premium on both ends of the floor. The Heat is stacked with two-way talent and the balance looks incredible.

Assuming they are healthy, these are the players-based prediction:

Points Range: The Hornets have uncharacteristically struggled on the defensive end, scoring 107 or fewer points in three straight games. This is a team that had made scoring 115 or more points a routine but against quality defenses, they have seen massive struggles especially till the third quarter. On the other hand, the Heat has had their own struggles offensively but I believe they will be back in the groove.

Defensively, the Hornets have given up 113 or more in four of the last five games. On the other hand, the Heat on average has been better than the Hornets. Hornets scored 101 in the last game but I see them scoring around 105 here. On the other hand, I see the Heat going past 111 or so for the second time in a row. The overall points range here is 211-220 but can stretch to 225.

Prediction: In terms of fresh legs, the Hornets played last night and will be relatively exhausted to the Hea but will come here after a trip to San Antonio. I see the Heat coming firing off the gates but Hornets taking a brief lead in the second quarter. However, I see the Heat coming to business in third quarter and then after an intense back-and-forth, taking the game away by the mid-fourth Quarter. I believe the Heat will win here 114:106.