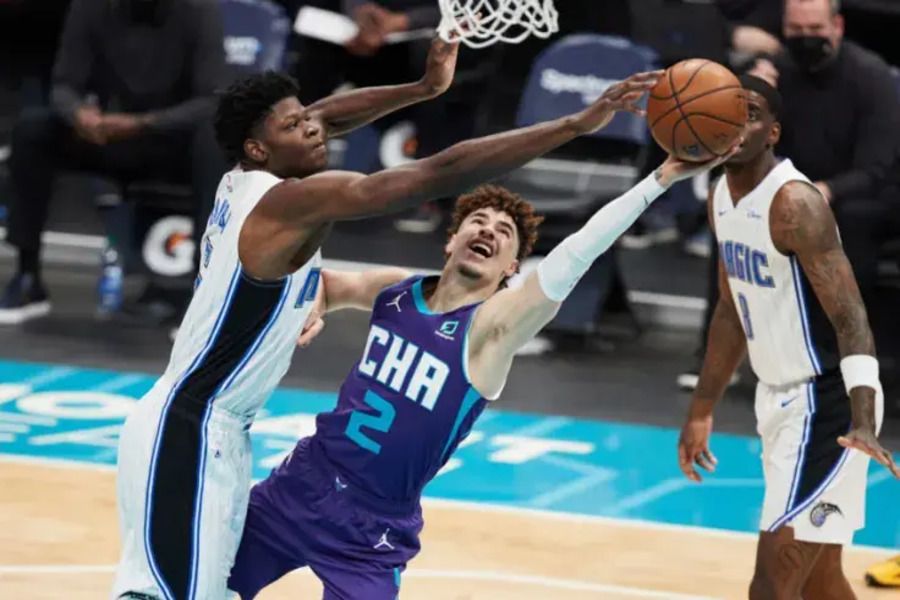 The NBA Regular Season is going to be folding soon and what a wonderful season we have had! The NBA betting scene will only heat up more once the Playoffs arrive and it will be difficult to predict how the Playoffs level teams will be favored. At any rate, we still have a few days of action left and in this game, the Charlotte Hornets will take on the Orlando Magic.

Hornets have to sort out some issues

It is not that losses are a big deal in the NBA and the best team can even suffer such fate. But the manner in which the Charlotte Hornets have lost the last two games has not been pretty at all. They gave up 144 points in each of the last two games and lost by a margin of around 30 points. This has to be the first instance this season when a Play-in tournament-bound team or a top-ten rank team has fared so poorly on the defensive end. The Hornets were able to cover up some of their defensive vulnerabilities when they were playing a more efficient brand of basketball during the first half of the season. One of the concerns has been the three-point inconsistencies of the team. One positive recently has been that LaMelo Ball has been doing a great job of dishing the ball but the Hornets will need to pick up the defensive end.

Magic has the work cut out during the offseason

The Orlando Magic has had another below 30% win season and this is just a case of a painful rebuild. The team traded away Fournier and Vucevic last season after they had parted ways with Aaron Gordon a couple of seasons ago, which meant that the rebuild is in effect. As of now, the core consists of Point Guard Cole Anthony, who leads the team in assists but didn’t showcase much growth scoring-wise this season. Shooting Guard Jalen Suggs was a rookie this season and he showed promise as both a playmaker and scorer. Wing Franz Wagner, another rookie, has shown all-around skills but perhaps the most impressive player has been Wendell Carter Jr, who upped his offense in the second half of the season while being an elite rebounder and defender. Mo Bamba showed some talent too but the Magic will need to work a lot on their roster.

Points Range: On average, the Hornets have produced more points than the Magic and with their wealth of shot creators, it is not a surprise. The Magic will be fielding a second-string squad with Anthony, Wagner, and Carter Jr. out of the picture but this is the same squad that beat the Cavaliers 120:115 so yes this unit can’t be taken lightly by the Hornets. The Hornets’ defense has been way worse than the Magic’s these days and they have taken two big beatings. However, I believe they will bounce back here on the defensive end. I believe the total points range here will be 230-240.

Prediction: The Hornets are the favorites here to win this game and this comes as a little surprise. The Magic did beat the Cavs in the last game but the Hornets will be still entering with an overwhelming edge. The Hornets will most likely finish at the tenth spot but a win will serve them. I see the Hornets snapping the losing streak here and winning this one 124:114.