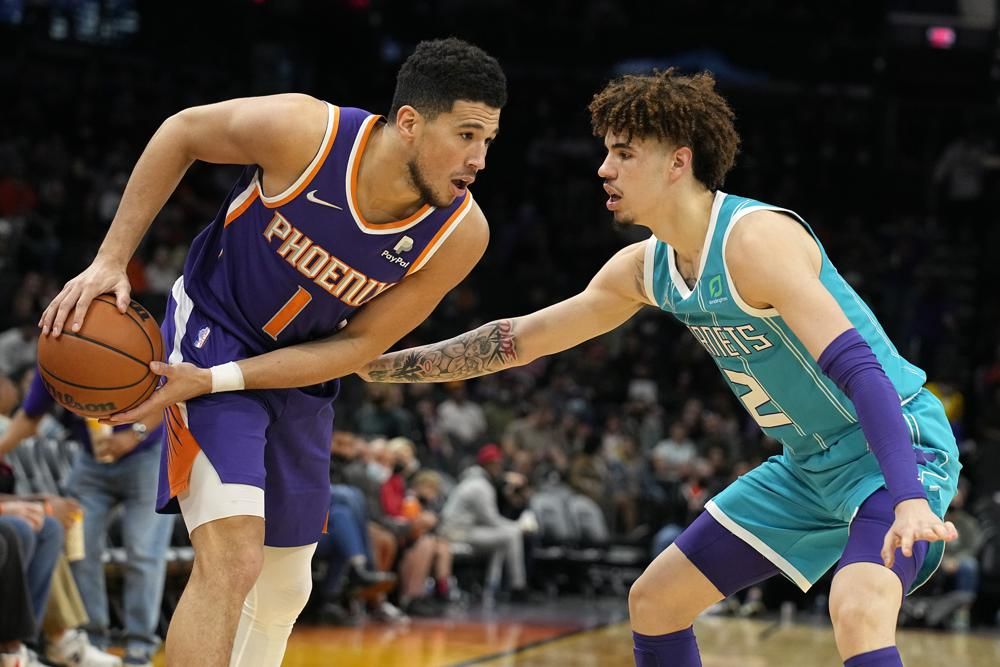 COVID-19 has brought ruptures in the NBA world and as a writer, the job to evaluate the game has become tougher. Still, till the ball keeps banging the floor, writers will write, readers will read, bookmakers will release odds and bettors will bet. And that is why we are here, discussing the matters between Charlotte Hornets and Phoenix Suns. The Hornets are on a three-game winning streak, playing better basketball since they have gotten some of their key players back but the Suns have lost the last three out of four because they are missing two of their key players in Ayton and Crowder. Can the Hornets continue to sting on the offensive end? For my game result and total prediction, go to “Expert Betting Tips”.

Hornets love to score, Suns have depth to regroup

Hornets scoring: Hornets have multiple isolation scorers in Terry Rozier, LaMelo Ball, Gordon Hayward, Miles Bridges, and Kelly Oubre Jr. with Bridges being questionable for the game. Terry Rozier has scored 27, 35 in the last two games and the Hornets offensive train is cho-chooing again. And that is the thing with Hornets, even if one of their starters in Hayward has seen his scoring range fall from 18-24 to 6-9 around late December, Ball and Oubre Jr. have picked up their games big-time. Now if PJ Washington and Miles Bridges are back for the game, then the Hornets can have seven high-yielding scorers with McDaniels also in the mix. This is what makes the Charlotte Hornets such a power-packed lineup and that is why they are among the top scoring teams in the league. Yes, the Hornets defense can struggle way too much but hey, at least, their high-scoring keeps them in the mind.

Suns’ deep lineup: With Ayton and McGee gone, the Suns have lost a ton of rebounding and high-quality inside scoring. Meanwhile, Jae Crowder has been an important player from the long-range and also plays crucially on the defensive end, making him a two-way threat. But let us see other factors, with Chris Paul and Devin Booker in the backcourt, there is a lot of playmaking and scoring from multiple areas. Meanwhile, wings Bridges and Cameron Johnson form a sturdy pair and can be effective on both ends. Young Forward Jalen Smith has shown improvements in terms of rebounding and points, meanwhile, off the bench, Payne, Shamet, and Payton can be a decent guard trio but Shamet has been not going off for many points these days. Suns’ defense has taken a blow with Ayton and Crowder out, and the team has given up 113 or more which wasn’t the norm earlier, this is the end where the Suns have been hurt way too much.

Points Range: Hornets have averaged around 115 points a game on a regular basis. They lost their way late in December but in the last three games, they have been back to their pre-late December ways. Charlotte has scored 115 or more in three last games. On the other hand, the Suns can still generate around 110 or so on a regular basis even with Ayton and Crowder out as Paul and Booker can get around 35-40, whereas Bridges and Johnson can get around 25-35, meanwhile, Smith, Payton, Shamet, and Payne can get 35-45 points which means they can get around 110 or so. I believe the Hornets can get in the 110-120 points range here against even a decent defensive team in the Suns. On the other hand, I think the Suns will get at least 108 or so here. I think the total points range here can be 224-234 and can extend to 240.

Prediction: Hornets are a so-so unit on the defensive end but yes, at home, their offense will be having the feel a little more than usual. If Bridges and Washington are active then the Hornets will certainly have an offensive edge over the Suns who have fewer isolation options. On the other hand, the Suns are a team that has a 77% win record and way ahead of the Hornets. But with their current attack, the Hornets can extend the advantage on offense but even then I give them a 52% win percentage but not something like 60+. I believe the Hornets will win here 117:112.