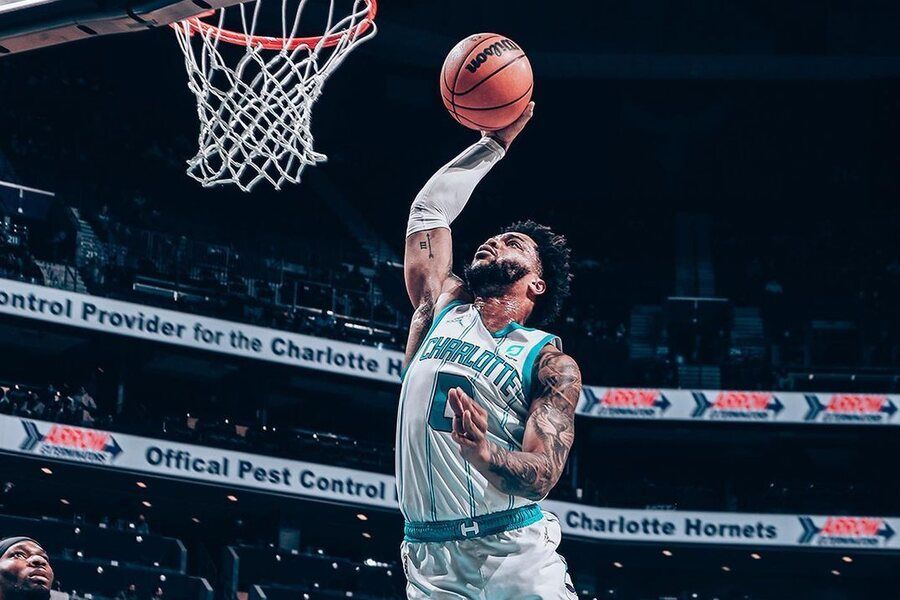 The NBA is heading towards the postseason and the more we head towards the Playoffs, the closer to the teams being minimized from the Playoffs race with each week. Well, with the Play-in tournament in the picture, the race has extended from eight teams from each Conference to ten from each Conference at this point, which means there will be more lower-ranked teams in play to clinch certain. For some teams, it is now a matter of attaining the high rank, and the Charlotte Hornets and the Utah Jazz will take on each other to bolster their standings.

The Hornets have gotten better

The Hornets have been known for their high-yielding offense throughout the season. They play an uptempo style of basketball. Although their attempts are a bit lesser, which means they have slowed down the pace. What caused this slowing down? Well, there was a window where the Hornets were rushing their shots and were shooting terribly especially from the three-point line. The offense has improved a bit and the defense too, but the Hornets have a tendency to lose a game against a lower-ranked team that has hurt their chances time and time again. When they have a scoring balance where the major offense players figure in the 15-20 points range in tandem, things seem to work better.

Whatever may be the case, despite a horrendous loss to the Knicks in the last game, the Hornets had compiled a five-game winning streak. They have been in a tight race for the ninth position against the Hawks but that doesn’t matter because these two will most probably play one another in a must-win game and will need to win the next game as well. One thing looks clear the Hornets will at least finish in the Play-in tournament. The Hornets will need to figure out their defense and become more efficient if they are to survive in the difficult postseason environment.

Jazz has not been clinical as of late

The Jazz is losing the hold over the fourth spot, a position that the squad has held for a considerable time. The Jazz has lost two in a row, one against elite Celtics and the other versus the Nets. Although these losses can mean that the squad can lose the home-court advantage and if the slide continues, they may end up playing the Mavericks in the first round, with four games away from home. The Mavericks have also been arguably the more defensive-oriented and well-balanced squad than the Jazz but the Jazz has gotten some decent experience and a strong duo in Gobert and Mitchell at the disposal. The Jazz has to play five of their nine games away from home and the schedule is tough, considering there is a window where the team will play the four top teams in the West.

The offense in the past two games has been all about Donovan Mitchell, yes, he is the leading scorer but the Jazz has surprisingly scored way fewer points than the average. It is clearly not having Bojan Bogdanovic that has hurt the shooting percentage of the team and Utah doesn’t look crisp without him, which also points to a serious lack of depth at other positions minus the Guard or perhaps Center position. Conley hasn’t been as effective on the offensive end as the first half of the season while Clarkson’s efficiency has been also down compared to the last season.

Points Range: The Hornets had a pretty bad offensive night versus the Knicks, bringing in to surface their February-early March issues. They are blessed with shotcreators such as Rozier, Ball, Bridges, Oubre Jr., surrounded by slashes such as Washington and Harrell, while Plumlee notches the offensive boards. There is plenty of scoring in the lineup and that is why it is a surprise how often the team has struggled. On the other hand, the Jazz’s scoring has certainly fallen ever since Bogdanovic has been out of the fray. Defensively, the Jazz showcased some improvements but without the offensive balance, the motivation to play disciplined defense has disappeared at times. I see a strong offensive effort from both teams and the points range as 221-230.

Prediction: I see a close battle and while the Jazz has lost three games in a row, I refused Mitchell and Gobert will easily allow third loss in a row. This is a must-win game for the Jazz because the Mavericks are closing on the fourth spot at this point. Without Bogdanovic, there is no doubt, Clarkson or Conley will have to step up their games and both have the tendency to shoot poorly at times. I believe both of them will have a better game but ultimately the Hornets will win this 116:112.