Chicago Bulls vs Boston Celtics: the Celts will not resist much 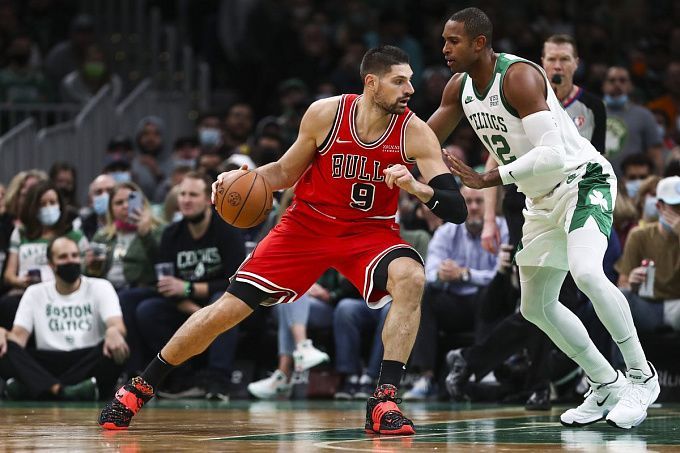 Chicago and Boston are already guaranteed a playoff berth, and their encounter will be one of the highlights of the next game day in the NBA. The bookmakers believe in the visitors — are the Celtics that much better at this point?

The Bulls struggled for the lead in the Eastern Conference back in the 1st half of the season, but now they are only 6th. Fortunately, the Bulls have already guaranteed themselves a playoff spot, and now it's important that the club's leaders approach the elimination games in good health. Zach LaVine, for example, missed the recent game against Milwaukee and his participation is now in question. Lonzo Ball is still recovering from his injury, and it was recently announced that he will not return to the floor for the rest of the season. As a result, Chicago now has four players averaging over 10 points on the season: in addition to DeRozan, Vucevic and LaVine, there's Coby White.

Billy Donovan's squad has lost 5 of the last 8 games, and without LaVine they expectedly lost to the Bucks, 106-127. Vucevic's game didn't go well at all and only three Bulls players scored more than 10 points. DeRozan made 40 of 26 from the field, while Patrick Williams made 7 of 9 attempts and scored 18 points.

The Celtics made a meteoric surge in the 2nd half of the season and even topped the Eastern Conference standings briefly. They are now No. 2, and the team has eight wins in their last 10 games. The Celtics also need to spare their key basketball players. Jaylen Brown, Jayson Tatum and Al Horford have minor health issues, but all three are highly likely to play against Chicago. Robert Williams is out for about a month, and P.J. Dozier is out with a serious injury from his previous club. Also in the sideline is Nik Stauskas, who was recently signed by Boston.

Thanks to the outstanding play of Brown and Tatum, Ime Udoka's team had no problems in the recent game against Washington 144-102. The Celtics made 23 of 44 three-pointers: Payton Pritchard, Derrick White, Aaron Nesmith and Grant Williams all hit well in addition to Brown. Boston combined for 39 assists, with Smart and Tatum having the most assists (7 each).

Boston has won six of the last 10 head-to-head encounters with Chicago, and the teams have each had one win this season. In the last game, the Celtics were stronger at home with a score of 114-112. The Bulls had to do without Alex Caruso, Zach LaVine, Patrick Williams, Javonte Green, Lonzo Ball, and Tyler Cook, while the only Celtics player absent was Marcus Smart.

Chicago has been down a lot on offense, and a lot will now depend on whether LaVine plays. Even DeRozan's 40 points did not help the Bulls against Milwaukee, and now the Bulls' frontcourt will be facing arguably the best defense in the NBA. Boston, however, has been beating the clubs from outside the East's top-10 lately, and it's harder to defend without Robert Williams. The team is unlikely to produce wins at any cost by the end of the season. The Celtics have all but secured home court advantage in Round 1 of the playoffs, and getting a little lower would be a good way to avoid a possible showdown with Brooklyn. The Celtics look more confident at home than on the road, and that's another small bonus for the Bulls. I suggest we bet on the following outcomes: