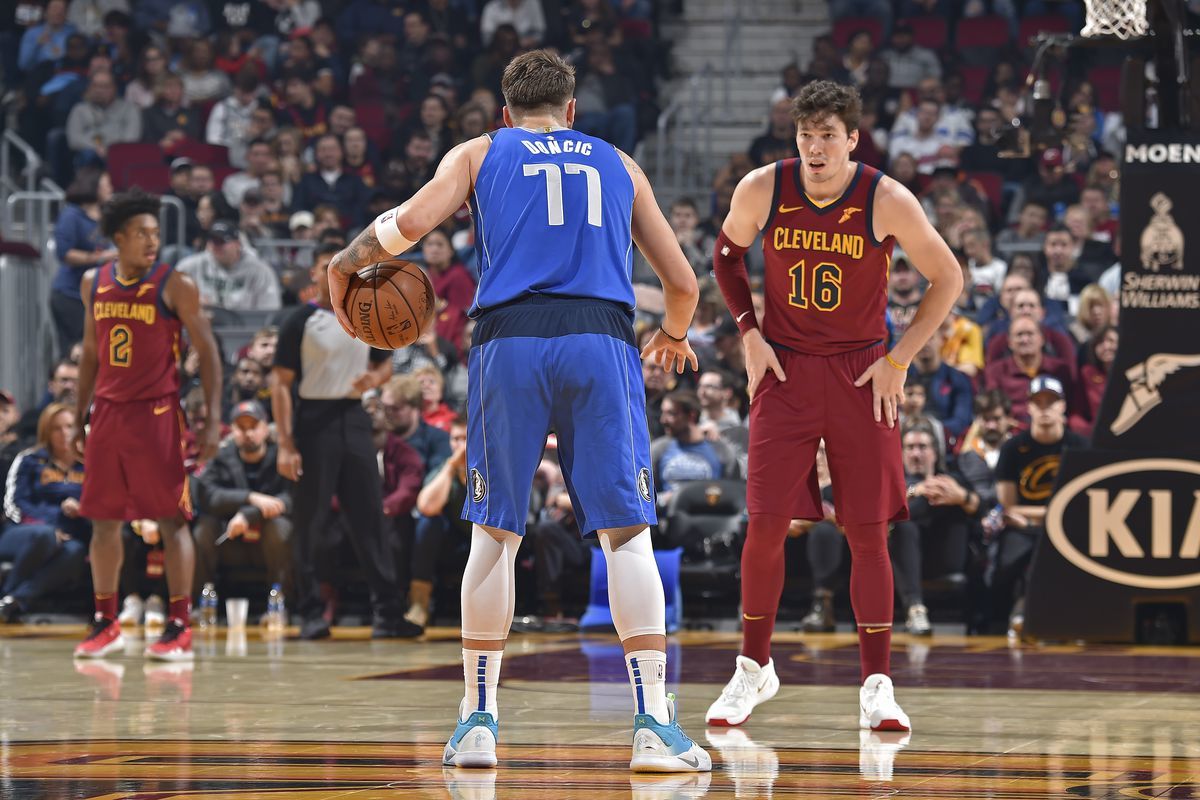 In this Cross-Conference affair, Luka Doncic-led Dallas Mavericks take on the Darius Garland and Cleveland Cavaliers. Mavericks are two games above the 50% win record while Cavaliers have 10 wins and same number of losses. Can Dallas hold the fort at home? For quick notes, simply head over to “Notes”.

Playing without Sexton: Sexton contributed around 16-18 points per game for the Cavs. He and Mobley who combined for 30 points many nights were absent for Cleveland for many nights. While Mobley has returned, Sexton may be done for the season but that little window without the two starters ate away the advantage earned by Cleveland early in the season. Thanks to Allen, Garland, Rubio, Markannen, Osman, and Love, the team has multiple 10+ points per game scorers with Garland especially picking up scoring.

The defense has taken a little hit: As per the averages, the Cleveland defense is still among the top ten at least. The team has allowed 103 points per game on average but the team has conceded 109 or more thrice in the last five games. Still, the situation is nowhere bad as poor defensive teams like the Grizzlies, Lakers, Hornets, to name a few. Cleveland has some decent shot-blocking and the team defense has been clicking more often than not. Cavaliers hold a lot of promise on both ends and have versatility but yes, they are vulnerable during most nights these days.

Dallas Mavericks: Porzingis has been scoring

Luka-Porzingis: There were rumors of Kristaps Porzingis getting traded in the offseason and the big man had caught a lot of criticism for his play during the last playoffs. However, he has turned the tables during the month of November and continually finds himself landing in the 25-30 points range. So Luka and Kristaps can combine for 50-60 on many nights and that is a bonanza. Luka is more of a dribble-it-around and exploits holes type of offensive player while Porzingis camps outside the 3-pt like while also having the ability to use his size to finish around the paint. Skillset wise both players can engage in pick-and-rolls or pick-and-pops frequently.

Dallas has battled: Apart from Porzingis and Doncic, Brunson and Hardaway have scored 15-20 points regularly while Dorian Finney-Smith, Dwight Powell, Maxi Kleber, and Reggie Bullock have defensive value. Scoring-wise, Dallas is not bereft of options but yes, it is not exactly built for high-scoring shootouts, the types of game liked by an outfit like Hornets. Mavericks has been above-average in terms of offense and defense and they still have some work to do.

Points Range: Cavs’ offense is unpredictable but with Sexton out, the passing frequency has increased and iso plays have decreased. However, it doesn’t mean that team is offensively much better than before, the Cavs’ offense is highly unpredictable these days. Still, a 95-103 points range looks possible. For the Mavericks, a range of 105-115 looks possible. Total seems to be between 208-219.

Prediction: Mavericks hold the aces in the game and as long as Doncic plays, the team will be a competitive unit on most nights. Cavs can toughen it out and overwhelm using the Mobley-Allen frontline but it looks like Mavericks are more well-versed than the Cavaliers.