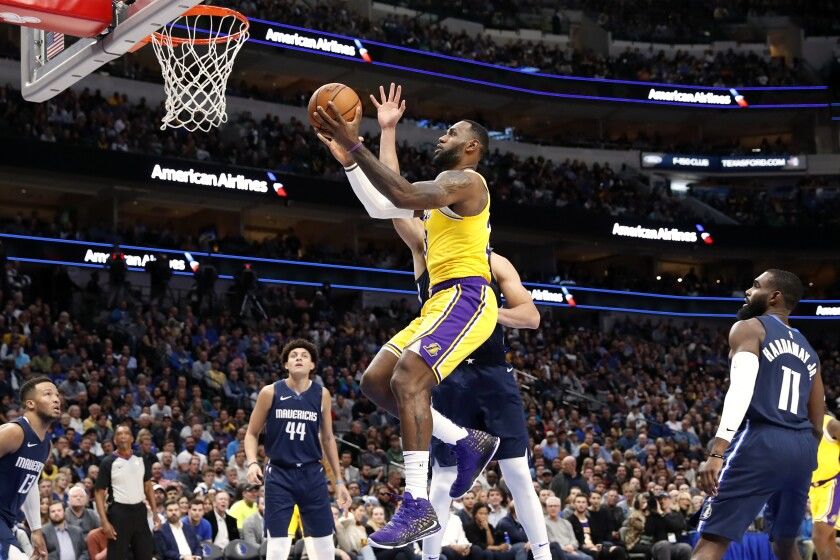 The NBA is again witnessing a tough time for the third season in a row. So many key players have been placed in health & safety protocols due to COVID-19 and team balance has taken a significant hit. This can impact how we bet and how we look at the overall match scenarios. In Another injury-ridden and COVID-19 ridden affair, the Dallas Mavericks welcome Los Angeles in a classic Western Conference showdown. The Mavericks won their last game without Doncic while the Lakers have won two in a row but haven’t faced elite defensive teams like Dallas in those wins. Refer to ”Expert Betting Tips” for the discussion on Total. For a quick view, head over to “Notes”.

Lakers like to score a bunch: Lakers have scored mostly more than 110 points this season which indicates they are a highly offensive minded bunch. Even after missing LeBron and Davis missing extended periods, Russell Westbrook and co. has shown that they have the talent to put up a bunch of points. With Westbrook you get 17-21 points, with LeBron these days, a 30 points night is becoming routine while Carmelo can chip in with 10-15 points. With Talen Horton-Tucker and Malik Monk out, the scoring can take a hit and the 108-117 points range can reduce to 105-109 points range you feel. Still, if LeBron remains healthy, his versatile scoring and passing can still create chances for high-scorers. Don’t forget Westbrook too whose scoring may have not been the same as earlier seasons but whose efficiency has picked up. Suppose Anthony Davis plays in this game, can’t the Lakers then have the potential to grab 110 points or so!

Mavericks offense: Dallas offense is not that consistent. The team usually scores in the 92-106 points range since the beginning of the season, Doncic or no Doncic. On the other hand, yes, the team has scrapped some 125+ points games too but that is like a 10% chance. The team went big against the Hornets but then the Hornets defense is one of the worst in the league. The Mavs offense is dependent upon three major figures without Doncic, first, Kristaps who can score around 20 then Brunson and Hardaway, who can each contribute in the 14-19 points range. Trey Burke scored 22 in the last game but I doubt he will score in the similar range regularly. If Dorian Finney-Smith and Reggie Bullock increase their output then this Dallas team can get to 110 too.

Contrasting styles: Lakers defense is terrible during most nights. If a team capitalizes on open looks that the team is giving, getting to 110 points is not much of a problem. Even the low-scoring Mavs can compound a big total, the Lakers’ defense has been as poor as the trigger-happy Hornets this season. The Mavericks have difficulty generating offense while with LeBron at the helm, the Lakers can still go big time without Monk or Howard. The Lakers can employ some handsome ball movement while the Mavs can resort to one-on-one basketball during many possessions.

Points Range: With so many injuries, COVID-19 cases, there are so many absences that the hardest part has become to predict the total. Who knows who will go down before the game! Let us assume LeBron and Russ play for the Lakers while Porzingis, Hardaway, and Brunson play for the Mavericks. I think in this case, a points range of 206-217 points is possible.

Prediction: I am leaning towards the Lakers because I believe LeBron can win more games for his team now if he is healthier than early in the season. I think the Lakers can scrap one out here and I see Carmelo and Russell Westbrook combining for a game too. So, I take the Lakers with a scoreline of 113:104 assuming LeBron, Westbrook, and Carmelo play here.