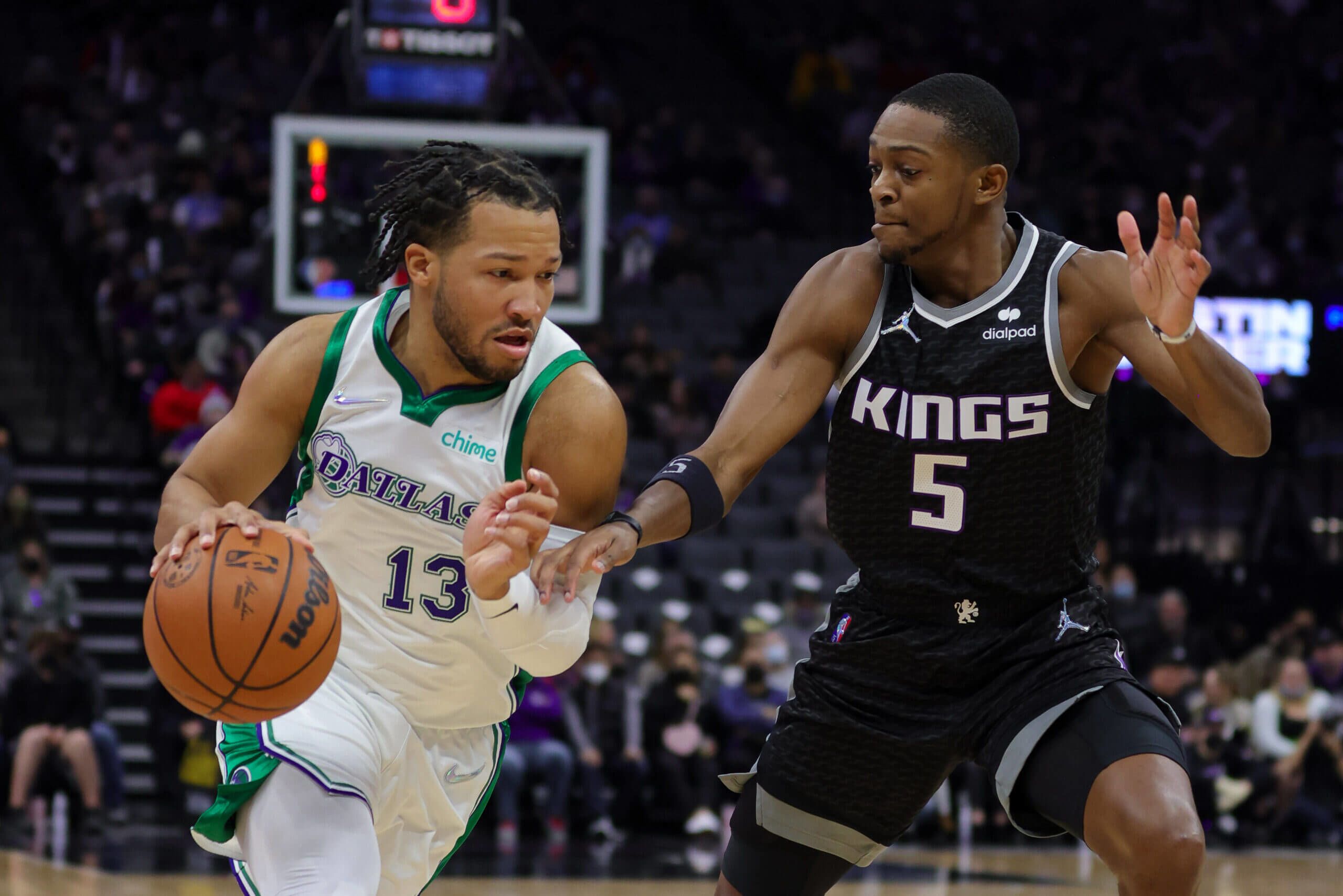 As the clock of the NBA ticks towards the Playoffs, we have seen varied results as various bottom-feeders in the league have picked up their games. This also implies that we are seeing a clearer picture of the Standings with each day and that it has become a time of desperation, especially for those teams that are looking to seal a Play-in spot or reach the top-six rankings in the respective Conference. With that in the picture, there is no doubt that the teams that are out of the running for the Play-in spots can play spoilsport and we have seen that happen quite a bit already. So, keeping that in mind, let us jump into this important Western Conference tussle between the Dallas Mavericks and the Sacramento Kings.

The Mavericks have been playing their best brand of basketball since January and they have been doing a wonderful job of closing out games with Luka Doncic as their premier player. They are on a three-game winning streak and they have compiled 38 wins and 25 losses, and if we take into account the last eleven games, they have just lost two of them. On the other hand, the Kings have struggled for the most part and their road to making the Play-in tournament remains tough with the resurgence of the New Orleans Pelicans. They have lost 41 games and have only been able to manage 24 wins, largely because of going on lengthy losing streaks. While it is true that they have won two out of the last three games, their road isn’t easy due to the high competition for the last few spots available in the West as of now. With the duo of Fox and Sabonis, the team can build something special but wouldn’t it boost the team morale if they get into the Play-in tournament? Can they produce a win against the odds versus the Mavericks? To know my game total and result prediction, hop over to “Expert Betting Tips”. For my player-based statistics prediction, slide over to “Player Performance Prediction”.

Mavericks aim top-four finish, the Kings have a tough schedule ahead

The Mavericks have done a superb job of beating elite squads this season. This is a team that has garnered wins against East topper Miami Heat, two wins against the league’s third-best team in Grizzlies, two wins against the league’s second-best team in Warriors, clearly indicating the high level of play. The Mavs have already shown the league that you don’t want to be facing them in the Playoffs, considering their defensive talent and the presence of someone like Luka Doncic.

On the other hand, the road for the Kings is stiffer. Forget making top-six, the team is still a long way away from notching a ninth/tenth place in the West. The trouble for the Kings is that the Pelicans have risen at the right time, the Spurs have two fewer losses, but yes, catching up to the Trail Blazers looks realistic at this point. However, the upcoming schedule is not doing them any huge favors. After this tough game against the Mavericks, they face a struggling Knicks team but beyond that, it is a highly difficult schedule. They will go up against the Nuggets, the Jazz, the Bulls, the Bucks, the Celtics, and the Suns. Kings have been downright terrible against 50%+ win squads and they need to improve against these teams now.

The Point Guard battle between De’Aaron Fox and Mavs’ Luka Doncic(Questionable here) seems to be the highlight but the latter is a better all-around player and also a better closer. The Mavs feature one more Point Guard in the main five while the Kings are lacking a playmaking option at the off-guard. The Center battle should belong to the Kings with Domantas Sabonis squaring off against Dwight Powell. Sabonis is both a better scorer and rebounder than Dwight on average. On the other hand, defensively, the frontline of Mavs with Bullock and Dorian Finney-Smith look superior while Harrison Barnes brings an offensive edge, Trey Lyles and Justin Holiday can have some trouble here generating offense against the Mavericks. In terms of the bench, the Mavericks bring in another stellar scorer and playmaker in the form of Spencer Dinwiddie while even though the Kings bring Donte DiVincenzo and Davion Mitchell off the bench, they are more of defensive-minded players. With Kleber out, the Kings may get some relief in terms of inside scoring.

Assuming they are available, these are my player-prop prediction:

Points Range: The Mavericks can be short-handed in this game if Luka Doncic is out but I believe with Brunson and Dinwiddie, the guard rotation still looks formidable. On the other hand, the Kings have a lot of scoring potential with three high-yielding offensive players in Fox, Sabonis, and Barnes but I think not having a sharpshooting off-guard and a stable big Forward has hurt them recently. Defensively, the Mavericks are way ahead of the Kings on average and the Kings indeed have shown immense trouble against an elite defensive squad. However, I see a more than a decent performance from the Kings these days. I believe the total points range here is 210-220.

Prediction: The Kings are more desperate than the Mavericks because they are lagging behind in terms of not only the win count but even in terms of making the Playoffs. The Mavs are most probably going to end up with a top-six spot and well, even if they make it in the top-six and not top-four, they will be huge trouble during the Playoffs as they have been playing the best defense in the West. The Kings will come out strong here I feel but I still see Mavs taking this 112:108 whether Luka plays or not. I think this can be a close one and wouldn’t be surprised if the Kings take this(especially if Doncic is out).