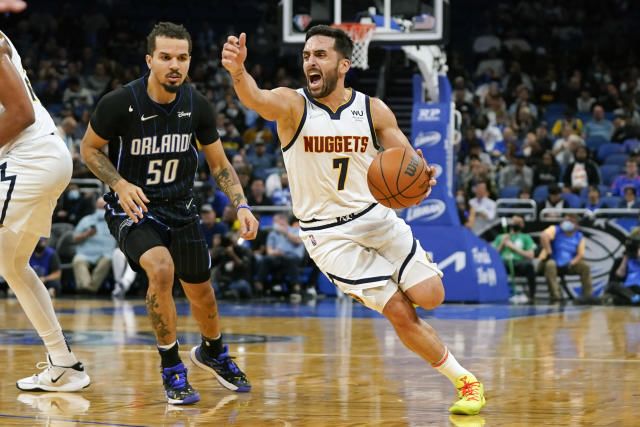 NBA is heading towards All-Star Break, and that provides a great opportunity for players to catch some rest or for the coaching staff to work out the required strategies as the postseason inches closer with each day. In the NBA, you crave rests as you run up and down the floor for many games which certainly takes a toll on you, building exhaustion and taking the steam out of various players. However, this is where the rest becomes vital. Anyway, let us jump into the game between the Denver Nuggets and Orlando Magic in an inter-conference battle.

The Nuggets have won 31 and lost 25 games, which is a strong record considering the injury woes the team has gone through. They have three of their last four games and they have done a great job of staying afloat after missing Michael Porter Jr. and Jamal Murray, the former a stellar defensive player and latter a leading scoring guard for the team. The team drives most of the support from Nikola Jokic on many fronts and he is having another MVP-styled season. The Nuggets remain in contention to seize a top-six spot and avoid the Play-in tournament.

On the other hand, the Magic has lost 45 games and has won 13 games, is currently on a two-game losing streak, and have lost four out of the last five games. Magic is an inexperienced and young team, fielding a bunch of rookies and sophomores in the lineup. It is not a surprising return since this is what major critics and fans alike thought this season would be like for the lottery-bound Magic. The team remains far removed from the Play-in tournament window but yes, the squad has laid some impressive foundation at multiple positions. As the outfit meets the Nuggets, how will the contest shape up? For my game total and result prediction, jump to the “Expert Betting Tips”. For my player-based statistics prediction, go to “Player Performance Prediction”.

Nuggets are a handful to deal with, Magic are building for the long road

Jokic magic and the accumulation from others

Nikola Jokic has led the Nuggets in points, rebounds, assist, steals, and blocks for most of the season and his production has been high-level indeed. Well, he is the reigning MVP, and his ability to score inside and finish through contact while hitting from outside makes him a terrific offensive player. With Jokic, the Nuggets have been to win the bulk of their games and his presence is absolutely necessary. It is not to say the rest of the team has not played well or anything but the Center certainly is the driving force for the squad. On the other hand, big Forward Aaron Gordon has been impressive with his inside scoring, who can contort his body and finish through contact while he can also grab boards and keep the offensive machine functioning.

Will Barton also plays a huge role with his all-around abilities and two-way hops, giving depth to the wing position. Meanwhile Jeff Green provides rim-racking drives and Bones Hyland can carve out some outside jumpers to stretch the opposition’s defense. The bench is really running thin for Denver and the team has issues on multiple positions especially with Monte Morris being out as the leading one-guard these days. The upcoming schedule for the Nuggets doesn’t look that challenging apart from the game versus the Golden State Warriors. The Nuggets will look to seize a top-six position at least once the All-Star Break ends.

Orlando Magic has won less than 23% of their games and the team keeps on going on lengthy losing streaks. There are three instances where the squad has lost seven in a row three times so far this season and this was to be expected from this team. Why? They have two rookies, a sophomore, and two other young players in the main five. This meant that the management has the sights on the next lottery draft and may look to land a young athlete to fill up the rebuilding column or they may leverage picks to bring in a high-quality player. It will be an interesting off-season for the Magic.

The two rookies I talked about are Franz Wagner and Jalen Suggs. While Wagner is developing into an excellent all-around wing, Jalen Suggs has improved his playmaking output while also showing isolation scoring promise. Cole Anthony, the sophomore has done a great job in terms of dipping points, hoarding rebounds, and also keeps the playmaking machine ticking. On the other hand, Wendell Carter Jr. has been an immense contributor in terms of defense while his rebounding and scoring keep on touching new heights. Mo Bamba has some work to do offensively but has promise in terms of rebounding and rim protection while young Chuma Okeke can be a dynamic big Forward going ahead.

Assuming, they are available, these are my player-based statistics prediction:

Points Range: The Nuggets have scored 110 or more in three of the last four games and their major driving face Nikola Jokic has continued to pile up triple-doubles. I believe if Barton, Hyland, and Morris become more high-yielding, the Nuggets can hit another note on the offensive end. On the other hand, the Magic has been scoring around 105 usually and their efficiency can take a hit during many hits. On defense, the Nuggets have been decent holding teams around 109 while Magic is liable to give up 114 or more on most nights. I believe the Nuggets will score around 115 points here while Magic will be limited below 110. I see the total points range as 220-230.

Prediction: Nikola Jokic provides a distinct advantage in the middle to the Nuggets and despite having a sturdy defensive frontcourt, I think he will be tough to contain for Carter Jr. and Bamba. I also believe Will Barton will come with a lot of fire and get hot from the field while Aaron Gordon will be in for a big haul against his former team. That is why I see the Nuggets taking this game 116:106.