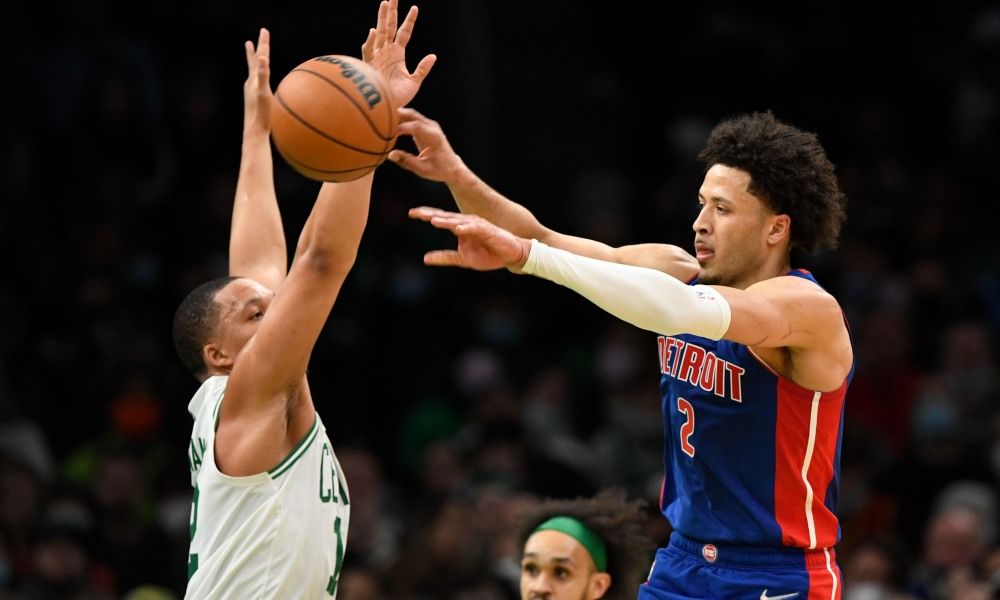 A lot is at stake as the NBA heads towards the Playoffs window. Teams are hunting for Play-in spots where some of them are looking to concretize the top-six rankings in their respective conferences. It is only going to get more intense from here as the Playoffs have on average been a more physical brand of affair in the league for many seasons. This is why a lot is at stake during the current window as teams make a push for big fortunes to seal the berth for the Playoffs. And talking about making a push, the Boston Celtics are exactly doing that and as they meet the Pistons, they’ll fancy keeping on their winning train ticking.

The Pistons are having another tough season. The same old theme of losing more than 75% of their games and they are among the three teams with the worst records in the league. The team is on a two-game winning streak, beating first the Celtics before the All-Star Break and then the Cavaliers. On the other hand, the Boston Celtics despite their defeat against the Pistons have won ten out of their last eleven games and have hit their sweetest winning run for the last two seasons. As they head towards the Play-offs window, they hold a lot of promise. Can they notch one against the Pistons away from home? To know my game total and result prediction, head over to “Expert Betting Tips”. For my player-based statistics prediction, slide to “Player-Performance Prediction”.

Playoffs are close, Celtics are cruising

Although they have won their last two contests, the going has largely been tough for the Pistons. This is not a surprise because they have one of the worst offensive teams in the league, especially from the three-point line. Saddiq Bey has the tendency to misfire while rookie Cade Cunningham has been unable to be efficient as well. Jerami Grant has had his troubles too while Isaiah Stewart is not an assertive offensive option in the low block but provides much-needed rebounding and help defense. The acquisition of Marvin Bagley does supply some big-Forward depth while Killian Hayes has continued to struggle as an offensive player despite his playmaking chops. The Pistons are a long way away from being a Playoffs team and the upcoming draft will play a big role in their development.

There is no doubt that the Celtics have been the most effective defensive team this month and their ability to stall points both from outside and inside make them a tough opponent. They have incredible individual defenders in Smart, Tatum, Brown, Horford, and Robert Williams III has been a force on the rebounding and defensive end. The Celtics’ offense has multiple options with isolation specialists in Tatum and Brown while Smart can also act as an effective ball-handler. Derrick White provides them great depth at the guard position and he can be both a playmaker and a scorer and someone who will be huge down the line for sure. Overall, the Celtics have become a more balanced offensive team and continue to rise through the ranks.

Points Range: On average, the Celtics have been by far the better offensive team than the Pistons and have more efficient players. The Pistons can go for lengthy cold shooting sprees and have trouble going on big runs. The last match-up between the two brought 223 points in total, surely above the norm in what had been the case with the games between the two earlier. This time around, the Celtics will be fresher as they played back-to-back games in the last meeting between the two. I see the fresh Celtics hitting a purple patch on offense and also containing the Pistons offense. I believe the total points range here is 210-220.

Prediction: It is true that the Pistons are on a two-game winning streak but that is by no means making them a favourite in this game. The Celtics have more depth and better offensive balance than the Pistons and I believe they will come with full force in this game. I see the Pistons struggling from the early parts of the game and the Celtics seizing the momentum early and putting away the Pistons 118:100 in this game.