Detroit Pistons vs Charlotte Hornets: Hornets have lost the plot, Pistons yet to craft a solid plot 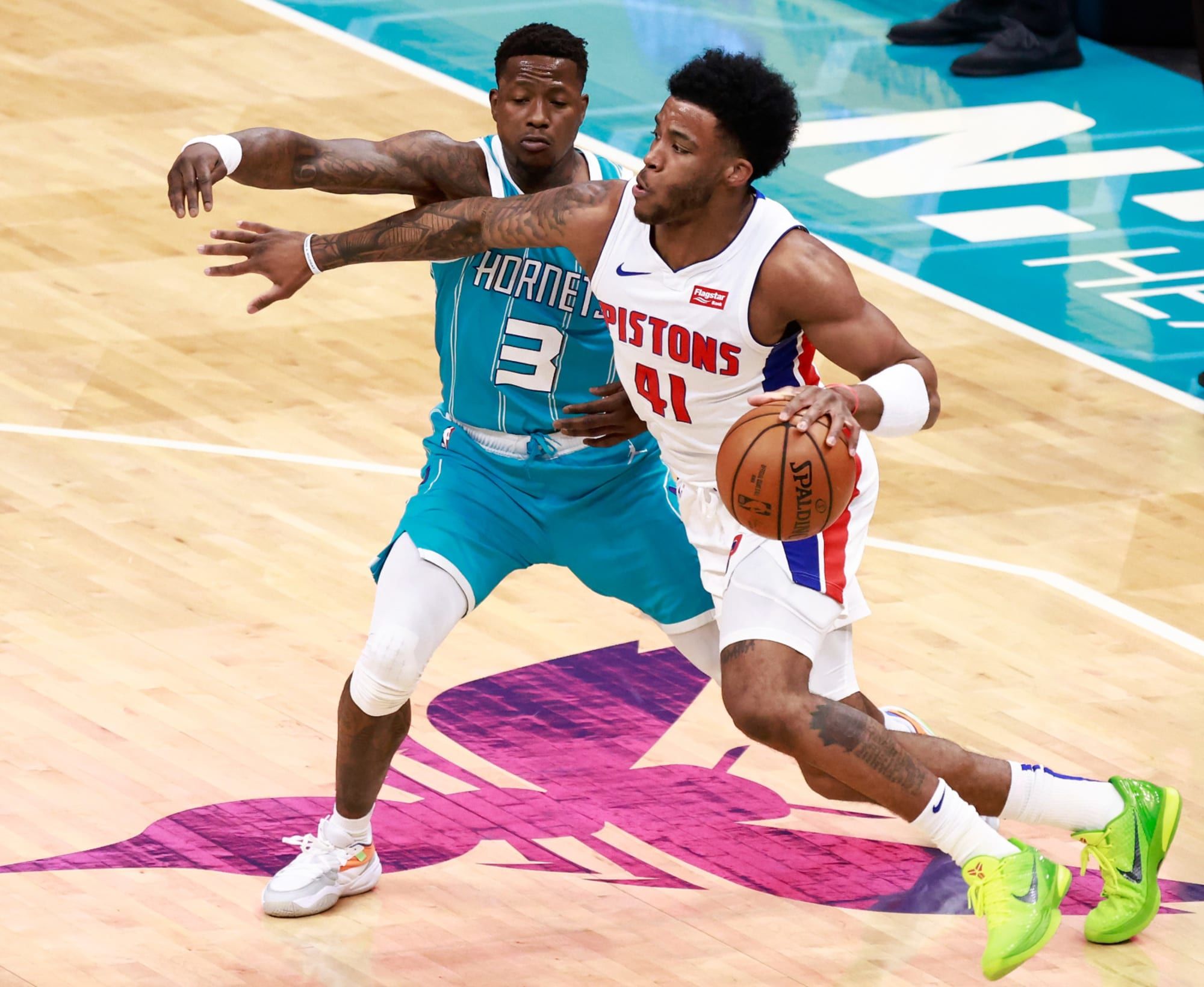 NBA trade deadline came and went and it brought a large number of changes and well, that has been the way for many trade deadlines here. While Ben Simmons-James Harden trade engulfed all the attention, there were also some other major moves made by a bunch of moves. However, quite many teams also remained quiet at the trade deadline and are rather waiting for the offseason or are content the way things are going, or rather, they couldn’t find the suitors of their deals. Anyway, let us jump into this game between the Detroit Pistons and the Charlotte Hornets.

The Pistons have piled up a whopping 43 losses while only winning 12 games so far, and this has to be expected. They have lost six games in a row and have lost 10 games out of the last eleven games. The Pistons have lost the plot on the offensive time and time again and usually lose in the blowout fashions. However, this is going on as expected and Detroit will head to another lottery. The Pistons traded away Trey Lyles and Josh Jackson, whereas they landed Marvin Bagley III, promising young talent and a much-needed starting level big-Forward.

On the other hand, the Charlotte Hornets have won 28 and lost 28 games, remaining in the Play-in tournament fight but still, with a multitude of issues. The Hornets were a bright story by late January but they have lost their way this month. The team is on a six-game losing streak and definitely has hit a bad spot at the worst time possible. The squad did address a glaring issue bringing in Montrezl Harrell in exchange for Ish Smith and Vernon Carey. This move certainly bolsters the Center position but will it be good enough to push them to help in at least going towards an Eastern Conference Semi-Finals spot? But first, can they snap their losing streak against a struggling Pistons team? For my game result and total prediction, jump to “Expert Betting Tips”. To know my player-based prediction, go to “Player Performance Prediction”.

Pistons heading to the lottery, Hornets need a boost

The next draft is huge for the Pistons

Pistons didn’t trade Jerami Grant as projected by several insiders and recently it was reported that the decision to stay has been mutual. Well, Jerami has struggled after a long lay-off but he is a quality two-way wing and he has been the leading scorer for the Pistons for two straight seasons. This is a great decision in my opinion because you do want a veteran presence or someone heading into that territory as it is important to have an experienced base in the long run. The Pistons may look to land a solid one-guard during the next draft. Can they extract the advantage of being a lottery pick?

The team did draft Cade Cunningham who has been showcasing all-around skills and can adopt a leadership role down the line. Saddiq Bey really needs to get his shooting together because a majority of his shots are from the three-point line but doesn’t hit a high percentage but yes, he has a huge chance to become one of the best knockdown shooters. Isaiah Stewart is a big-time physical Center who keeps on improving his rebounding, defense, and the overall package. Killian Hayes has promise as a playmaker but needs to work on his shooting. Marvin Bagley III will probably come off the bench but he is a solid big-Forward who can develop his game with the rebuilding Pistons.

Hornets have been sliding recently

The Hornets’ current losing streak has become a concern now because they have lost five in a row at home and this has been their coldest stretch. It is also concerning because most of the roster has been available and for a team that laid a foundation as the offensive juggernaut. The team has fallen off as an offensive-based team and when you struggle at home this much, there are some issues for sure. While it is true Gordon Hayward has been inactive lately, the overall talent should still have won more. But what has been ailing this team that based much of their effort on pushing the pace and scoring a bunch of points.

First, the Hornets have been some of the bottom defensive teams since the beginning of the season, and well, such a team can’t afford cold spells on the offensive and that has been the case for the Hornets. Charlotte has had some quarters where they have scored less than 20 points or so on a regular basis. Kelly Oubre Jr., PJ Washington, Terry Rozier, LaMelo Ball, Montrezl Harrell, Miles Bridges, and Mason Plumlee still form a strong core, and there are multiple playmakers, slashers, and great close scorers. Bringing in Harrell will surely help out the current lack of scoring at the Center position if anything.

Assuming they are available, they are my player-based performance statistics:

Points Range: The Pistons have usually been in the 101-106 points range recently and they have struggled to keep teams in check on the defensive end as well. On the other hand, the Hornets have not scored 110 or more for six games straight and this has been their leanest period by far. On defense, the team has constantly given up 110 or more and again, they have struggled a lot to keep the opposition’s scoring down. I believe they will score more than 110 here while I see the Pistons score around 105. The total points range here is 210-220 for me.

Prediction: While the Hornets have lost six in a row, they are due a win and usually stand a better chance of winning than the Pistons. The Pistons have not done well at home since the beginning of the season and it will not be a surprise if they lose again. I see the Hornets putting aside their struggles and eke out a 117:103 blowout win here.