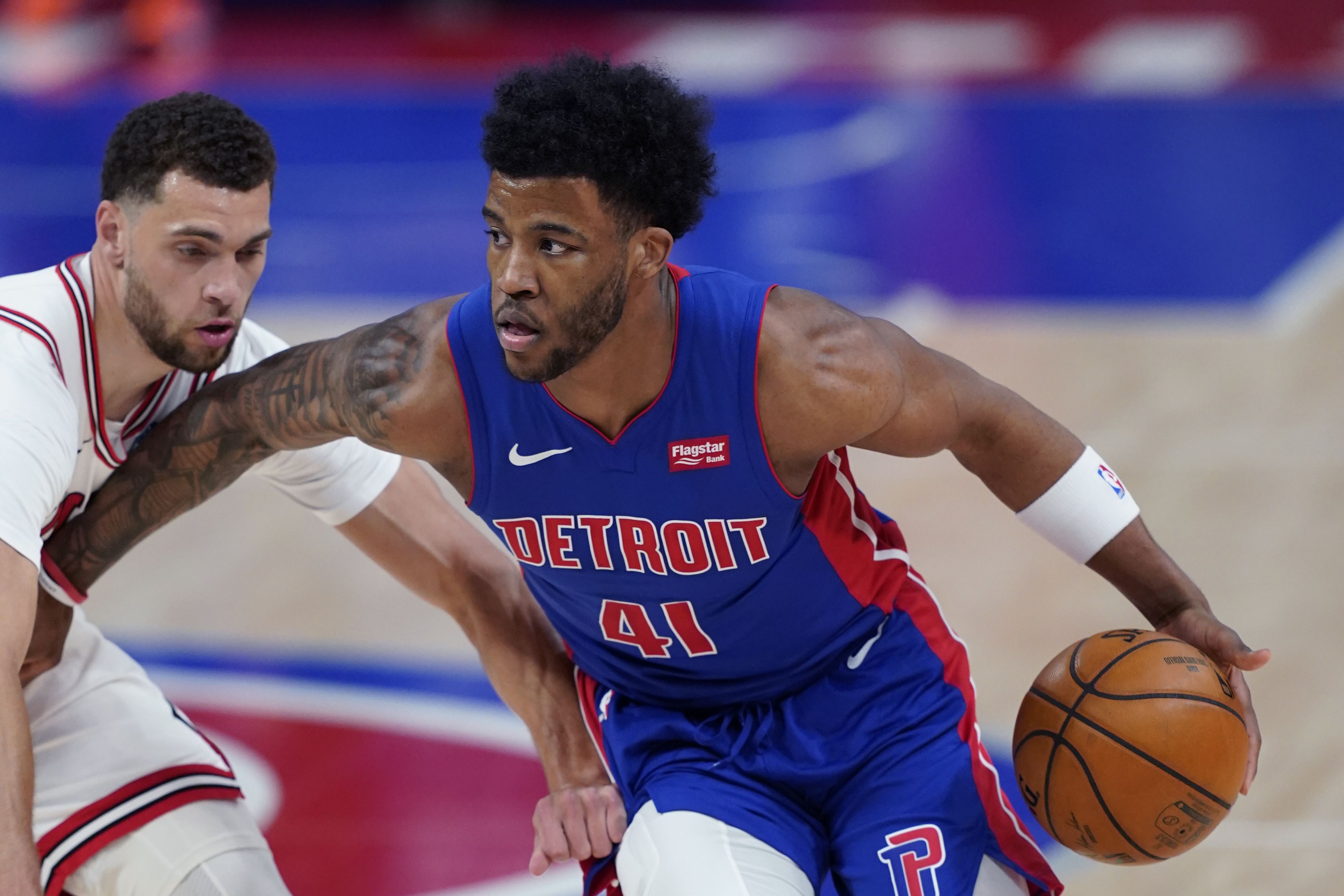 Eastern Conference has been highly competitive this season and there is no doubt that the rise of multiple teams has created more excitement recently. And apart from the rise of the teams such as the Cavs, Celtics, Bulls, Heat, and Sixers, the bottom-feeders of the league have also picked up their game. This is because young teams have now been figuring out the NBA system and have understood the dynamics of the league better than they did earlier in the season. And the best example of that is the Detroit Pistons, a team that will take on Chicago Bulls here.

Pistons have played their best basketball after the All-Star Break and while a 18 wins and 47 losses record imply that they are among the bottom teams in the league, they have managed to win three games in a row and are no longer pushovers. Their ability to win close games is surely going to help the youngsters thrive in the rebuilding scenario. On the other hand, the Bulls have hit a cold spot and a tough schedule has surely taken the fizz out of their campaign. Their record of 39 wins and 26 losses does imply that they are heavyweights but the losses against the elite teams in the Conference means that there is a lot of work left to do for DeRozan, LaVine, and a decimated team that has their work cut out. Not having Lonzo Ball and Alex Caruso has surely held them back against elite teams. Can they do away with their losing streak against a much improved Pistons team? To know my game total and result prediction, go to “Expert Betting Tips”. For my player-based predictions, jump to “Player Props Prediction”.

Bulls need to get it together, Pistons showing encouraging signs

Pistons are playing a great brand of basketball

Pistons have picked up their game since mid-February and they have won five out of their last seven games. All these wins have been in the 1-5 points range which means that the team has fought close battles and pulled through. They have engaged in Two Overtimes games in this window and have won both of them. Four of these wins also have been against strong squads in the Celtics, Hornets, Hawks, and Raptors, all in the play to make the Postseason. Getting Jerami Grant has bolstered the defense while Bagley has been a welcoming addition to the squad and the big Forward position has been bolstered. The Pistons defense has been really clicking lately.

Bulls tough schedule have put them behind

The Bulls jumped to the second position in the East before running into a difficult schedule. They had to fight against Grizzlies, Heat, Hawks, Bucks, and 76ers recently and four of these squads are counted among elite squads, being in the top ten and this is one of the toughest stretches in the league. However, a mark of a squad that makes a deep postseason run is winning against high-quality squads so yes, once you arrive at the Playoffs, these are the types of teams you are going to run into. However, this is not a panicking scenario because with DeRozan and Lavine, they have one of the best isolation scoring duos in the league. The Bulls need either Caruso or Ball back soon because the balance has been disturbed without these two.

Assuming these players are available, let us jump into the player-based predictions:

Points Range: The Bulls have been a bit inefficient on the offensive end but yes, it was largely because they ran into quality defensive teams and DeRozan has also cooled off after going on an unbelievable 30+ points run in multiple games. With Nikola Vucevic also dealing with a serious injury, the team’s balance is all over the place. Talking about balance, the Pistons have been highly improved and they have seen terrific contributions from Cunningham, Bey, Grant, and Bagley III lately. Their defense has been better than the Bulls lately and without Caruso, Ball, and Williams, the Bulls' defense has been compromised. However, I believe that the Bulls will put together a more impressive effort on both ends in this game and will score at least 114 points while holding the Pistons below 110. I believe the total points range here is 220-230.

Prediction: The Pistons are playing a spoilsport against teams that are vying for high Playoffs spots. They have been fending off teams late and have showcased immense growth compared to earlier periods. The Bulls will face a much more strengthened Pistons team and their work will be cut out against the young, athletic, and rising Pistons team.. However, I see the Bulls snapping their losing streak and winning this 118:108.