Detroit Pistons vs Minnesota Timberwolves: Pistons playing better but are vulnerable, Timberwolves have a strong offense 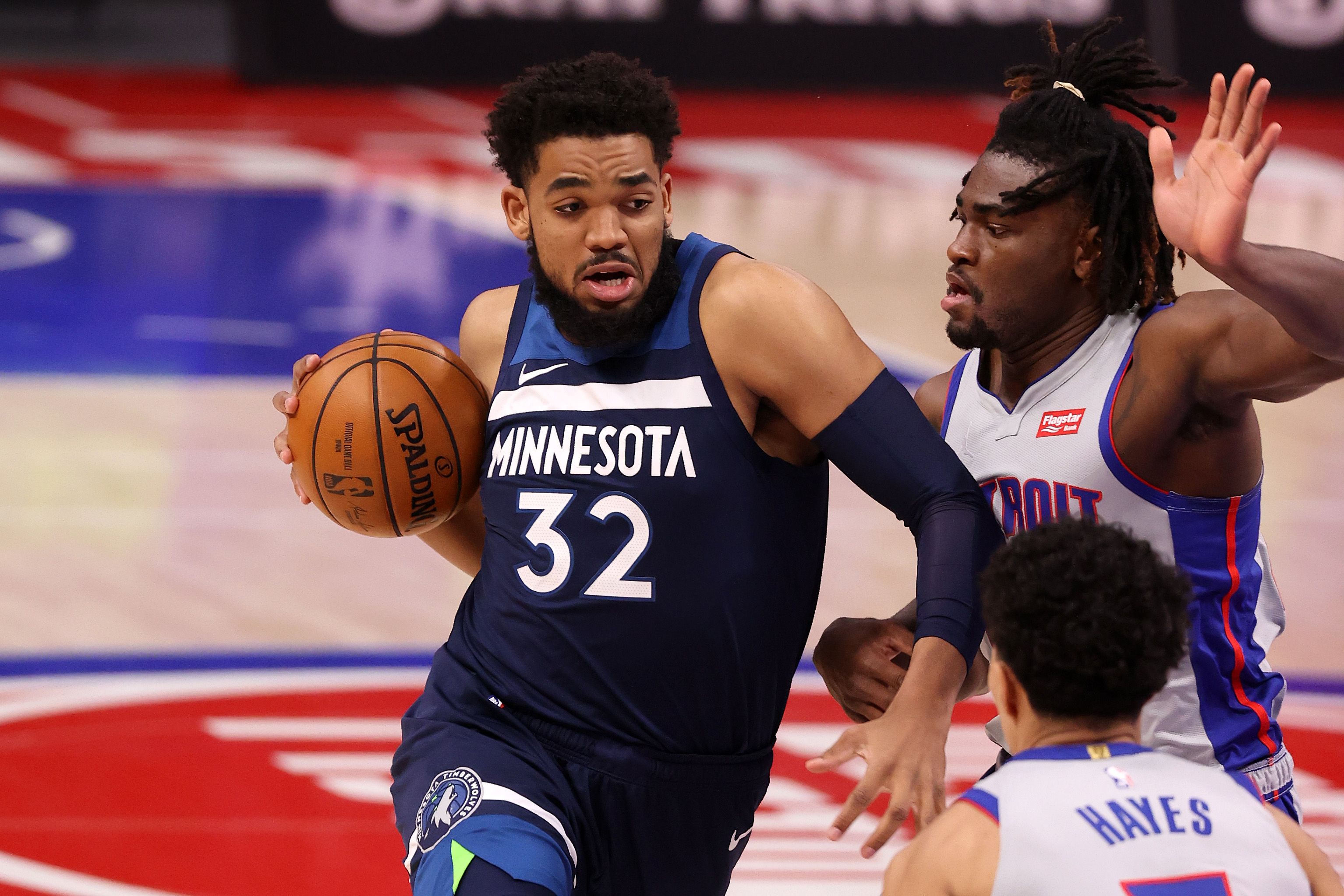 NBA betting is one of the trickiest affairs in the world and the fact that each team engages in 82 games means there will be varied results. It is a league where the bottom feeders can engage in high-octane tussles and can upset highly-ranked squads every other day. The NBA betting format is more than about choosing an outright winner. There is total prediction, points differential, and various other variants that come into the fray. In this game, one of the bottom feeders in the league Detroit Pistons meets the Minnesota Timberwolves.

The Detroit Pistons have 12 wins and 38 losses and that return isn’t surprising considering the youth of the team. The Pistons have actually played better than the October-December window and you can’t make light of this squad now. Still, they have lost five of their last six games so yes there is a high chance of beating this squad during most nights. Their opponents Minnesota Timberwolves have shown huge improvements since last season. They have 26 wins and 25 losses, playing at a high-keel on offense and with their young squad, they have shown promising signs indeed. Minnesota has won four out of their last six games and the two of the losses were understandable, coming against the teams with the best records in the league. The Timberwolves have found their groove and with dynamic players like Anthony-Towns and Edwards, they have found a ton of offense. D’Angelo Russell is questionable for the Timberwolves while Cade Cunningham is questionable for the Pistons, both leading playmakers of their respective squads. Can Edwards and co. pull through against vulnerable Pistons? For my game total and result prediction, jump to “Expert Betting Tips”.

Minnesota lost more than two-thirds of their games during the last season but they have already won more games than they did during the 2020-21 season(72 games season). Timberwolves have been much improved on the offensive end this season. See, the points per game is the same as last season for Minnesota but this season the league average scoring is down as much as 6-8 points per game, perhaps due to the ball change from Spalding to Wilson brand. The Timberwolves have not let their offense drop due to the ball change and they have kept the ante up even with the new ball.

One of the major reasons for their potent offense is Karl Anthony-Towns who continues to shoot better from the field but in fact, the burden on him has lessened. Why so? Well, Anthony Edwards has been on a great run offensively, and he can have big nights too. Jaden McDaniels alternates between hot and cold nights, but he has been playing well overall. Vanderbilt brings hustle, decent scoring, and rebounding, while bench players Nowell, Beasley, and Reid have done well. D’Angelo Russell is one of the best shooters on the team while Patrick Beverley’s overall game has been impressive and has brought big-time results for the team. All in all, the Timberwolves are clicking on offense but yes need to improve defensively and win against elite teams more than they are doing.

Pistons are doing as expected

Detroit Pistons had the worst record in the league last season and well, they are in the similar territory yet again. They are having some old issues, falling behind early in the game, not having enough ammo to mount comebacks, and getting thoroughly outplayed on both ends of the floor. However, when you have so many rookies and sophomores in the campaign, these results are not an anomaly but a norm. This is a learning curve for most of the Pistons’ players and they have still done decently since January, winning seven of their 17 games which is a much better return than you’d expect.

Leading scorer Jerami Grant is back and well, has had a strong comeback as expected. Saddiq Bey can explode for big nights every now and then but I think he could have done better if the Pistons had a more effective scoring unit. Rookie Cade Cunningham has been developing into an all-around player but still, his offense has ways to go. Killian Hayes, Isaiah Stewart, and Hamidou Diallo are enticing young players but Killian’s offensive struggles are of concern. Stewart is a solid rebounder and finisher at the rim and he can become a defensive-minded Center in the long run. Diallo has done well in limited minutes. On the other hand, Trey Lyles has been having a decent impact on offense. Veteran Cory Joseph has provided some stability but overall, the Pistons are largely a work-in-progress.

Points Range: Timberwolves have scored 124 or more in the three straight games, scoring at a high rate and one of the main reasons for that has been the much more improved play by bench players. On the other hand, the Pistons have been in the 101-105 during most of the games these days. They are playing much better than early in the season when their points range was in the 90-101.

Prediction: The Pistons usually don’t enter as the favorites during almost all games and well, it is not a surprise considering they have one of the worst records in the league. They have actually won four of their last seven games and are strong on their home floor compared to earlier parts of the season. Meanwhile, the Timberwolves have lost most of their road games recently and they have been struggling to stay afloat away from home. Karl Anthony-Towns will be a tough match-up but I think Anthony Edwards will score at least 23 here and can go as much as 31. I believe the Timberwolves will trump the Pistons 119:107.