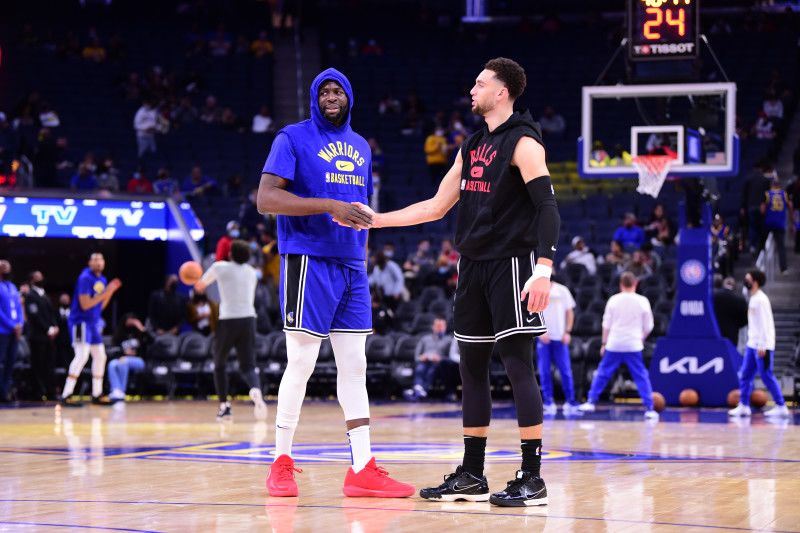 The NBA season has brought us some amazing battles and it will only be more intense from here as we delve deeper into the season. Injuries and fatigue will only increase and the action is going to heighten. In this game, the Golden State Warriors are going to take on the Chicago Bulls.

The Warriors enter the fray after losing 113:116 against the Mavericks despite an other 30+ Points outing by Stephen Curry. The Warriors have had troubles away from home and have lost 10 of their 12 battles. In contrast, their haul on their home floor has been impressive as they have won nine of their ten games. These two contrasting numbers mean that the Warriors have won half of their 22 games. This is surely below-par for a team that won the championship last season.

The Warriors have been rather way too inconsistent and they are still searching for combinations that can enable them another deep run. Stephen Curry continues to be a major scorer and has led the way once again. Guards Klay Thompson and Jordan Poole have been way too inconsistent which has hurt the team’s depth. The bench has been among the worst ones but Jonathan Kuminga has played much better lately. Can the Warriors get more out of their role players as we head deeper?

The Bulls enter the game after losing 113:132 against the Phoenix Suns despite a 29 points outburst by DeMar DeRozan. The Bulls have begun in an underwhelming fashion, having lost 12 and won nine games. They were a much better team through the first half of last season and they have lost the way due to the absence of Lonzo Ball. The fractures caused by the absence made the Bulls drop three rankings place last season and have accounted for a slow start this season.

DeMar DeRozan has been once again the leading scorer and has scored 25+ points repeatedly. Zach LaVine’s impact hasn’t been the same and he hasn’t upgraded his game as such, but remains a strong offensive threat. Nikola Vucevic has gotten it done both as a scorer and a rebounder but apart from these three, there is a serious lack of depth in the Bulls’ranks. Ayu Dosunmu is a serviceable player but he isn’t Lonzo. The bench lacks the scoring grip and the defense of the Bulls isn’t doing them any favors either.