Golden State Warriors vs Denver Nuggets: Current MVP won’t give up that easily 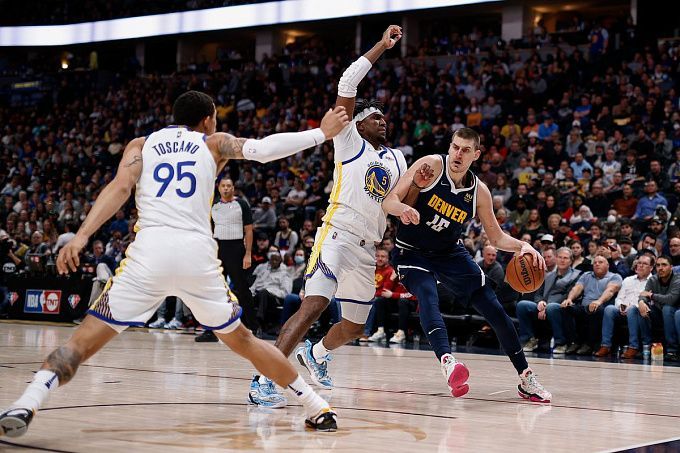 Golden State has never beaten Denver at home this season, and the Warriors were just shy of victory. Can the Warriors get revenge in Game 1 of the playoffs?

The biggest problem for the Warriors before the playoffs was Steph Curry's health. Fortunately, Golden State's leader is back in action, but his time on the court will be limited in Game 1 against Denver. A lot will depend on Klay Thompson, who had a lot of great plays during the regular season. Jordan Poole enjoyed a notable breakthrough and led the Warriors' offense while Curry was out. The only other player who will miss the game is James Wiseman who never made it to the floor this season.

Steve Kerr's team finished the regular season with 5 straight wins, 3rd in the West. Last game, Golden State defeated New Orleans, 128-107. Klay Thompson had a great game, scoring 41 points and making 7 three-pointers. Jordan Poole was less efficient, but his 22 points also helped a lot. The Warriors lost the ball more often and constantly lost the battle on the boards, but their high field-goal percentage made up for it.

Nikola Jokic carried Denver to the playoffs: virtually without Jamal Murray and Michael Porter Jr., the Nuggets finished sixth in the Western Conference. As a result, Jokic led the team in 6 key statistics: points, rebounds, assists, steals, blocks and field-goal percentage. Aaron Gordon plays an important role on both ends of the floor, while Will Barton, as a 2-3 offensive option, could be more effective on offense. Michael Malone's team lost their last game of the regular season to the Los Angeles Lakers in overtime, 141-66. In addition to Porter and Murray, Jokic, Gordon, Barton and Morris did not play, while DeMarcus Cousins, Austin Rivers, Bryn Forbes, Bones Hyland and Jeff Green were the starting five.

Golden State have beaten Denver six times in their last 10 face-offs, but the Nuggets have beaten the Warriors three times this season. Last game, the Warriors were stronger on the road, 113-102. Golden State had to do without Draymond Green, Andre Iguodala, Gary Payton and Otto Porter, while Denver were missing Michael Porter, Jamal Murray, Vlatko Cancar and Will Barton.

With the return of Klay Thompson, Golden State lacked stability on defense, and it is unlikely that the coach will push one of the leaders of the club, even if something goes wrong. Denver hasn't improved much on defense in recent playoff games, so it's safe to expect a productive matchup. It will be difficult for the Warriors to stop Jokic, and much will depend on how the Nuggets make their three-pointers. If the visitors get going, they will have a chance to win. I suggest we bet on the following outcomes: