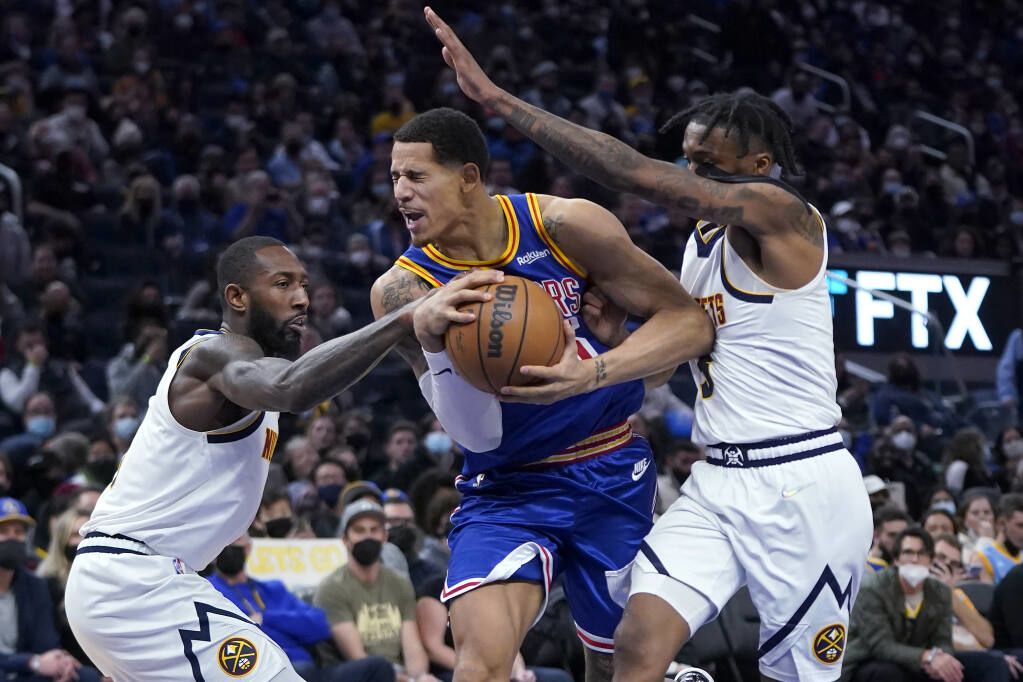 NBA betting has been becoming even trickier with the way the Playoffs push is shaping up. This is a crucial window for many teams because as each day passes, the teams that are desperate to clinch the last few spots for the Playoffs can’t afford to go on lengthy losing streaks anymore as they are going to fall way behind if they keep losing. The mid-level teams are looking to secure a bye and avoid the Play-in tournament because that is undoubtedly tricky territory. For me, securing a top-six spot is a must because the Play-in tournament can feature low-ranked teams that had made a major push. Anyway, whatever is the case, this will be an exciting window. And here, the Golden State Warriors will host the Denver Nuggets.

The Warriors have the second-best record in the league and their 42 wins and 16 losses record signifies their terrific season. However, they have lost three out of the last four games including a couple of tough losses versus teams with below 50% win records in Knicks and Clippers. With a long road trip ahead, the Warriors will have to consolidate some wins at home. However, whatever may be the case, the experienced core has been showcasing a huge potential towards the championship.

On the other hand, the Nuggets have won 32 games and 25 losses, winning two games in a row and four out of the last five games. This team has put on a brilliant fight considering how they have played without their best defender in Michael Porter Jr. and a terrific offensive guard in Jamal Murray. However, when you have the league’s reigning MVP, you can pick up the game on a regular basis and go above the 50% win mark. Can the Nuggets seal a top-six spot as the improved Timberwolves keep catching up? Can they first win against the Warriors? To know my game total and result prediction, jump to “Expert Betting tips”. For my player-based statistics prediction, go to “Player Performance Prediction”.

The Warriors won nine in a row but the last three losses have been rather against the tide. However, this is the NBA where you can have the best record but still get beaten by teams that have been struggling. For me, these losses don’t ring an alarm bell yet as the Warriors have already done a great job. However, the Grizzlies are catching up with each month and just have one less win and two more losses, and with the way they are playing, this can be an exciting finish to the second spot. The upcoming schedule for the Warriors involves five out of their seven games away from home, while playing the Nuggets thrice. How will they proceed from here?

The backcourt of Klay Thompson and Stephen Curry surely forms a high-octane three-point shooting and Klay has discovered his touch. Meanwhile, wing Andrew Wiggins continues to be a huge factor on both ends of the floor. Meanwhile, Jonathan Kuminga has been a sweet surprise, certainly picking up his scoring at the Forward position. Jordan Poole provides a brilliant bench guard depth while Otto Porter Jr., Bjelica, Lee, Payton II, and Toscano-Anderson form a terrific bench overall.

Nuggets upcoming schedule can help them nab some wins

While the Nuggets have been at the sixth spot, the Timberwolves are not far behind and they are certainly threatening that spot. Why is it important to seal that spot? Well, you secure a bye for the first round of the Playoffs and don’t have to win first in the Play-in tournament where some in-form teams can enter and turn the tables. They have done a great job since January and if we take into account the two wins to end the year, they have won 17 and lost nine games, which makes for a 65% win record this year, which means that Denver has been gelling at a high rate.

Nikola Jokic is the prime mover for the squad with his ability to grab rebounds at a high clip, score inside using his terrific moves in the post, and finish through contact while also clicking on jumpers. He leads the team in points, rebounds, assists, steals, and blocks. Aaron Gordon has been a great big Forward scoring and hustle-wise while Jeff Green has been a terrific diver. Will Barton has picked up his offense and all-around presence. Bones Hyland has also improved offensively while the bench is okay but needs to pitch in more. Can the Nuggets continue their winning ways?

Prediction: Nikola Jokic has been a dominant force but hey, you can’t ignore the well-balanced scoring in the main five that has been essential for the team. On the other hand, the Warriors can be lethal if their backcourt clicks in tandem, and I don believe Curry will have one of his hot shooting nights. I believe Andrew Wiggins will do a great job here too. I think the Warriors will take this game 116:108.

Leicester, MU, and MC on Sunday: Accumulator Tip for August 7

VfB Stuttgart vs RB Leipzig: Can the Red Bull side overcome the test of the underdogs?