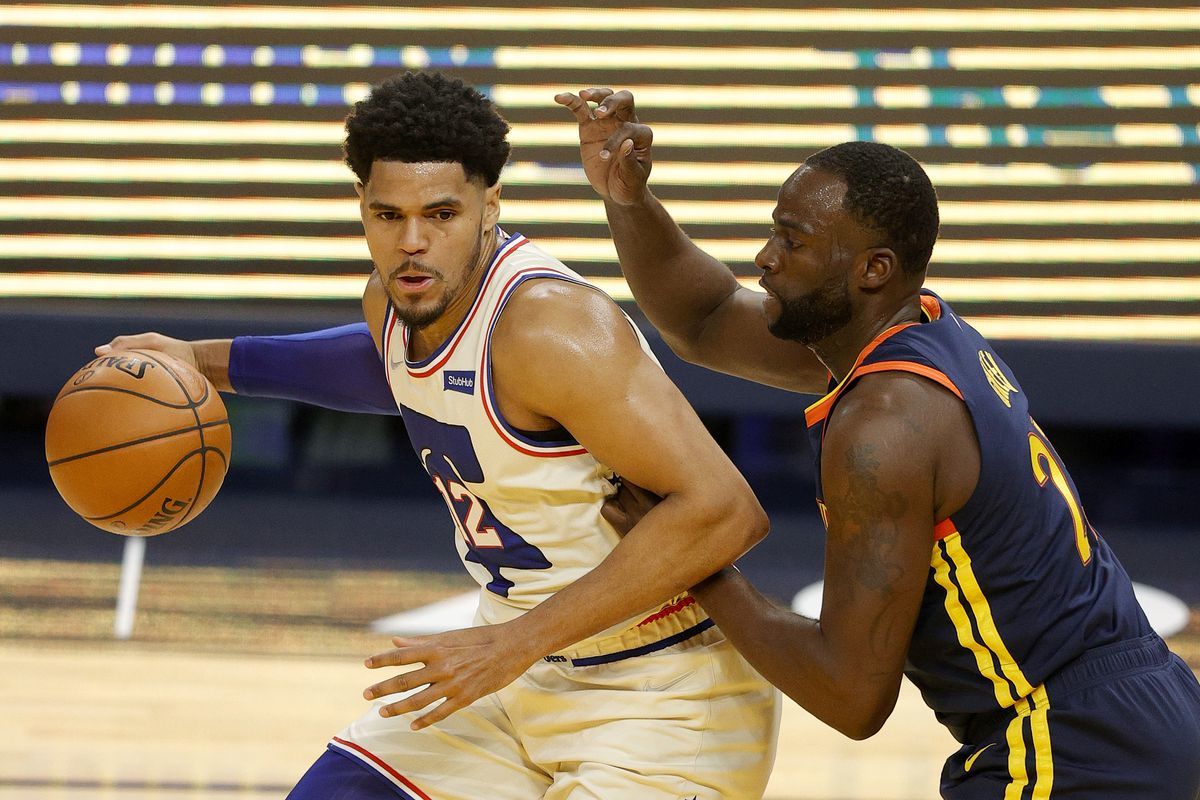 In this cross-conference match-up, the Golden State Warriors will host the Philadelphia 76ers. Warriors have the best record in the league and have won 15 out of their 17 games meanwhile Sixers have won 10 and lost eight games so far. This game will conclude the road trip for the Sixers who have been playing away from home for more than 10 days. Simply head for the “Expert Betting Tips” section for quick notes.

Golden State Warriors: Teams have no answer for them

The offense is too formidable: While sharpshooter Steph Curry can line up 25-40 points constantly, Jordan Poole and Andrew Wiggins have combined for as much as 50 on many nights. The PG-SF positions have stepped up for around 65 points per game and with Draymond Green as a playmaker at the big Forward, the Warriors can employ two assists-players in Curry and Green. The Warriors score the most points, averaging around 114 points per game and no team has held them less than 100 this season so far.

Tough defense: The Warriors have two sturdy defenders at Forward position in Green and Wiggins. Meanwhile, Curry and Poole fight it out at the perimeter with an athletic Kevon Looney at Center. The Warriors’ defensive efficiency of 97.7 is unmatched in the league and the team holds opponents to around 101 points a game, restricting them to a paltry 42% while the team also forces around 15 turnovers per game, which is a top-ten effort in the league. Golden State has done this without their premier defender and scorer Klay Thompson in the mix.

Life is tough without Embiid: Joel Embiid provides around 20-25 points, 10-15 rebounds and 3-5 assists per game, handling the duties to score inside while playing some elite defense. Without him at the helm, the team has lost most of its games and the defense has suffered immensely. In most of the games without Joel, the Sixers have given around 115 points or so and that has been the reason for many losses. His need is specially felt when Philly plays elite squads.

Maxey has kept the fight alive: Tyrese Maxey is having a breakout season and he has helped the Sixers pose threat from the offensive end. He has scored more than 30 twice while also scoring in the 22-28 points range in many games. His offense has been one of the reasons why the Sixers have salvaged a couple of victories lately and he has picked up the slack with the main stars of the team being out of the picture. Sixers have faced trouble with injuries to Seth Curry and Tobias Harris too so their record is not that bad considering the wealth of problems they have faced this season.

Points Range: The Warriors can pour in 115 points or so without much trouble and without Embiid in the fray, scoring becomes easier against the Sixers. Their defense is also top-notch and the team depth allows them to win despite injuries. The scoring range seems like be 215-225 for this game even if the Sixers offense gets shut out.

Verdict: The Warriors have an overwhelming advantage over the 76ers in various metrics and it will not be surprising if they win another one this season.