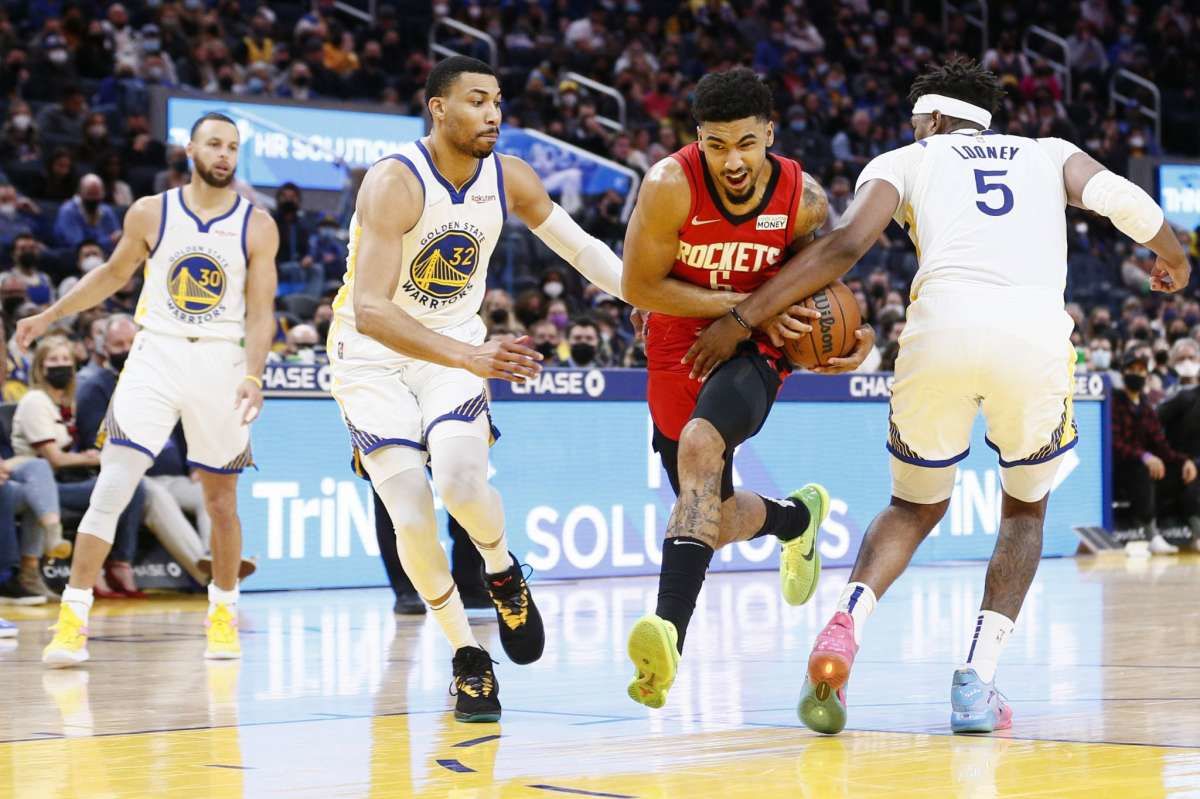 How important is it to build sustainable rhythm early in the season? As the NBA season unfolds, I have learned that most of the squads who had a strong start till December stand a better chance of recovering their steam. Why is it so? Well, let us take the example of the Phoenix Suns, they went on a huge winning streak in November, and well, now, you can see building such streaks enable great habits that can help in the long run. Anyway, in this game, the Golden State Warriors will visit the Houston Rockets in a Western Conference bout.

The Warriors have won 37 games and have lost 13 games which means that the team has the second-best record in the league. They are on a five-game winning streak and they have taken advantage of the seven-game home stretch and have proven that they are on the rise once again. With Draymond Green out, it took some time for Steve Kerr to figure out the combinations but the Warriors are back in full flow. On the other hand, the Houston Rockets have lost 35 games and have only been able to win 14 games, currently on a three-game losing streak, a trend for them throughout the season. The Rockets are one of the worst defensive teams in the league and well, even their offense can suffer when the opponents keep on scoring at a high clip. Well, the Rockets are rebuilding and lack the discipline to succeed against elite teams. Can the Warriors continue their game-winning streak against one of the most vulnerable teams in the league? For my game total and result prediction, jump to “Expert Betting Tips”.

Warriors start another push, Rockets heading to the lottery

Warriors have one of the deepest guard rotations and they have made sure that the team’s current system works even with a logjam at the Guard position. The Warriors had lost six of their nine games without Green and were on a slide but the home-stand came at the right time and that is when the Warriors rejuvenated their season. The contrasting fortunes can also be attributed to the fact that the Warriors whose offense was in dire straits have now figured out a way to score as much as they did till December. Yes, the defense has been hurting but the improvement to the offense has triggered the current streak.

The best part about the Warriors’ current streak has been that the team’s superstar Guard Stephen Curry has shot poorly from the field but even that hasn’t stalled the team’s current run. Jordan Poole who took some time to figure out his role is back in full flow now and has learned to be high-produced even after being given a bench role since Klay Thompson is back. Thompson has been shooting well too and well, this has been a big difference too. Andrew Wiggins continues to be a stable scoring option at the wing while Otto Porter Jr. as the second wing can be effective as a floor spreader. Looney has increased his rebounding output and he has done well in absence of Green. Can Kuminga slate in some quality minutes with Otto Porter Jr. not available for this game?

Rockets go through pains of rebuilding

Houston has been in an abysmal state ever since James Harden has left the team. The Houston Rockets have lost ten games and have won four games. The Rockets have lost fifteen in a row and then they have also lost eight in a row from the third week of December to the first week of January. This is not a surprise though when you have mainly young players and lack the bench depth to match up to the high-octane NBA squads. The biggest issue for the team has been the lack of defensive discipline and well, another season is heading towards the lottery.

In terms of personnel, the Rockets rely largely upon Christian Wood who has been the scoring leader since the beginning of the season. Eric Gordon has been a decent scorer at the off-guard position. Jalen Green has struggled shooting-wise recently and well as a rookie, which is understandable but the guard has the potential to become a top-notch perimeter shooter. Kevin Porter Jr. has improved his scoring output and leads the team in assists. Jae’Sean Tate has continued to be a stable option on both ends at the wing position. Garrison Mathews has been more than a decent option at the Guard position as a perimeter shooter. Kenyon Martin Jr, Josh Christopher, Alperen Sengun, and Armoni Brooks are decent bench players but have a long way to go. Overall, the Rockets may trade either Wood or Gordon or even both to start from scratch.

Points Range: The Warriors have scored 110 or more in three games straight and this is a long time after which they have hit such a window. This is largely due to Thompson and Poole discovering their touch and the team’s overall offense becoming more cohesive. On the other hand, the Rockets have been more than decent on offense, regularly breaching the 110 points mark every now and then. The last time these two met, the game produced 208 points and was decided at the buzzer, and I don’t think this will repeat again. Defensively, the Warriors have been lightyears ahead of the Rockets, allowing below 100 points twice and 103, 105 in two other games while only allowing 115 once in the last five games. However, wouldn’t the absence of Otto Porter Jr. hurt the defense a bit? Let us see. The total points range seems to be 220-230.

Prediction: The Warriors have gotten back to their winning ways recently and well, doing so without Green will only rejuvenate them further. On the other hand, the Rockets are having a tough season, and well, even on their home floor, not many people would give them a chance. But this is the NBA, trends break every day. However, I think the Warriors even without Porter Jr. will take this game. I see the Warriors winning this 118:108.