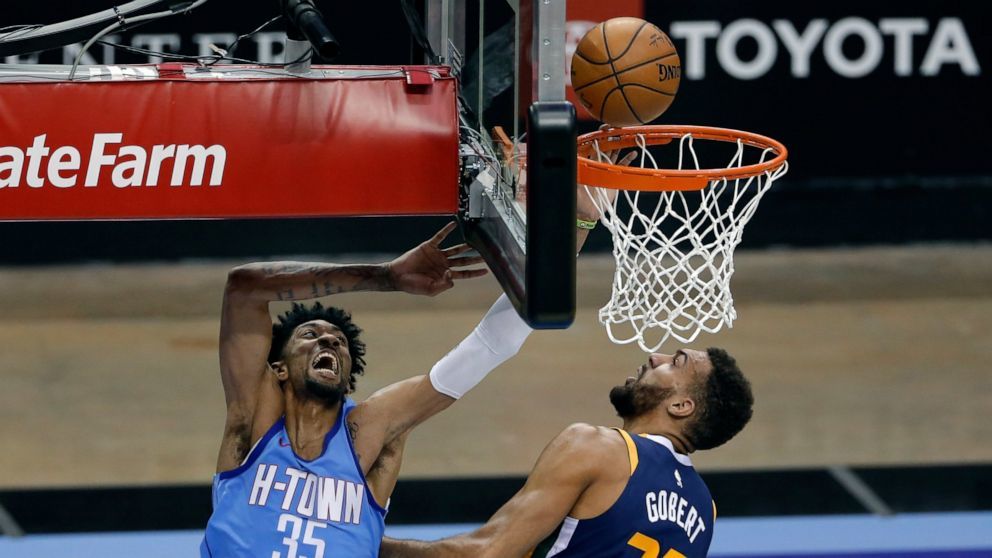 NBA betting is a hectic scene because we are seeing some close battles recently and some bottom feeders are showing more fights compared to earlier. That is to be expected with the Playoffs inching closer, some lower-ranked teams figuring out their chemistry and of course, a lot of other dynamics that make an NBA game. This is why the nature of betting has only become trickier with each day and as we peer into various analyses, do remember that you never know what the next game will be like. This is what makes it such a challenging scenario! Anyway, in this match, the Houston Rockets will go up against the Utah Jazz in a classic Western Conference rivalry.

However, the Rockets are nowhere near what they used to be a couple of seasons. The departure of James Harden has created long-term wounds as of now and the team is still searching for a viable unit. The rebuild process has been painful as is usually the case and as of now, the squad is on a ten-game losing streak. On the other hand, the Utah Jazz has been playing an amazing brand of basketball after they had a forgettable January. They have turned it on both ends of the floor. They have compiled 38 wins and just 22 losses, having won eight out of their last nine games. With the upcoming schedule, it will not be a surprise if the Jazz solidifies their fourth spot further but with Mavericks and Nuggets right behind, it may not prove to be that easy. Can they continue their current hot run against a highly vulnerable Jazz team? To know my game total and result prediction, go to “Expert Betting Tips”. For my player-based statistics prediction, slide over to “Player Performance Prediction”.

Rockets’ tough ride, Jazz can be a force in the Postseason

Rockets have a long way to cover

This is the second time that the Rockets have gone on a ten-game losing streak. This is a team that had lost as much as fifteen in a row earlier, which pretty much sums up the season for them. When you are going on such lengthy losing streaks, there are clear troubles with the squad setup. While it is true that there are some interesting players in the team, some of the starting players for the Rockets will likely get a bench role at best when doing it for other teams. But, this is understandable, the roster wasn’t made to crack the Playoffs code anyway and rather head towards the lottery.

Talking about the lottery brings young players into discussion and sure, there is some talent at hand here. Rookie Jalen Green had a decent start to the season but he has lost his way from three-point shooting-wise, it is understandable though since this is his first season. Kevin Porter Jr. who has been injured these days can be a viable playmaker and scorer too. Meanwhile, Jae’Sean Tate at the wing has shown some promise. Christian Wood has led the team in scoring and rebounding but it remains to be seen what is his future with the Franchise. On the other hand, in my opinion, rookie Alperen Sengun deserves more time in the middle to develop because he has shown some all-around promise.

Can Jazz make it all the way through?

Utah had the best record in the league last season but the team whittled in the Semis. There were question marks if the team can make it to the Conference Finals at least. They started with 28 wins and 10 losses, but then they lost their way when Mitchell and Gobert got hurt. There was a period where, the Jazz lost more than 75% of their games but when Mitchell returned in full flow, he ensured that the team doesn’t slide further. As a result, the highly promising team turned their season around and have won around 90% of their games recently, but the rise of Mavs, Nuggets, and Timberwolves is something that they must be wary of.

One thing is clear that the Jazz has achieved most of their wins with the Mitchell-Gobert combo. Donovan has once again hit one of those sweet offensive streaks while Gobert continues to be the anchor on defense, rebounding, and paint scoring-wise. Bojan Bogdanovic is crucial at the wing position, Mike Conley brings two-way play while Jordan Clarkson continues to be riveting off the bench. Royce O’Neale helps out in defensive matters while Hassan Whiteside has been a strong backup to Rudy Gobert. But anything below a Western Finals appearance can make managements some changes? If you ask me, I’d stick with this core for more seasons, if the players want to stay, it has a lot of promise.

Points Range: After a horrid January, the Jazz is back in its old scoring ways. Sure, they don’t look as sharp as last season but still, you can expect them to rain 110+ on most nights. And against a struggling Rockets team that will play a second game on the second night, well, anything below that will be a surprise. On the other hand, the Rockets can struggle offensively against a tough Jazz defense, and with the way things have gone, well, don’t expect them to go past 110 most of the time. I believe Jazz will scoop up at least 120 here while limiting Rockets below 110. I believe the total points range here is 230-240.

Prediction: Sure, there must be frustration among the Rockets players who have come on during so many nights just to lose with big margins. And surely, one of these days, they will show one of their best performances of the season, as it has been a long-time coming. However, I just don’t see it happening against the Jazz here who have elevated their play to make a firm push as the Playoffs near. I believe the Jazz will take this game 122:107.