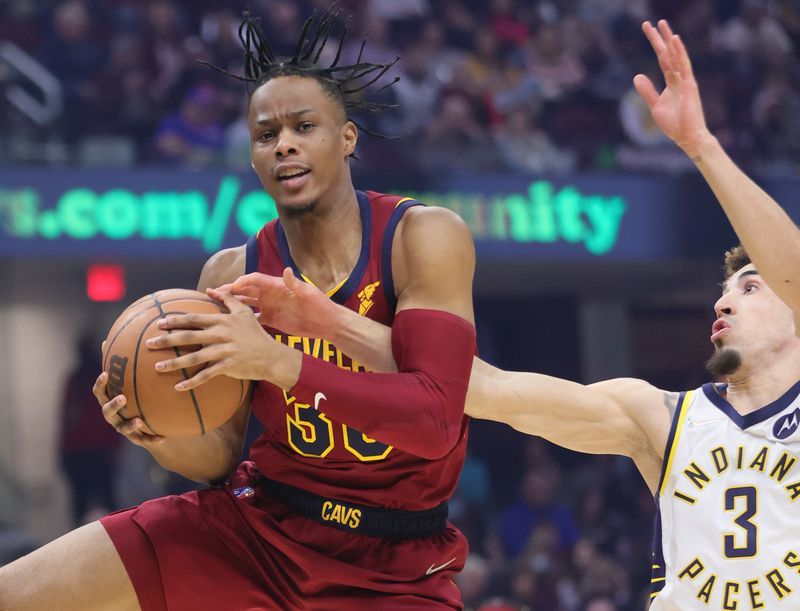 NBA trade deadline has gone and as usual, we have witnessed a storm of changes. The biggest swap has to be the Ben Simmons-James Harden one but there are so many other changes that we can’t overlook. And well, as an NBA writer, this period is challenging as fresher lineups get put on and well, you know it is tough to judge how some of the scenarios will play out. And that is why, you don’t know how most of the season go for many teams as the postseason window closes on. Anyway, let us jump into this contest between the Indiana Pacers and Cleveland Cavaliers.

Pacers are on a four-game losing streak and they have gathered just 19 wins and have ended up losing 37 games, which denotes that they are falling out of the Play-in picture by each day. The team brought in Tyrese Haliburton, Buddy Hield, and Jalen Smith to the fresh roster composition and this perhaps denotes that the team is building for the future. Still, with Brogdon and Turner in the mix, the roster can be highly functional, however, will the team slate in at the Play-in Spot?

On the other hand, the Cavaliers have loftier goals. They have played a highly inspirational brand of basketball and they have already compiled 34 wins and have lost just 21 matches. They have won three games in a row and they have won four out of the last five games, currently in a great rhythm. They brought in Caris LeVert who slates in wonderfully and addresses multiple issues. The Cavaliers are in contention to finish at the top of the Eastern Conference standings and let us see, how they will fare from here on? Can they take care of business against a highly vulnerable and rebranded Indiana Pacers squad? To know my game total and result prediction, go to “Expert Betting Tips”. For my player-based statistics prediction, jump to “Player Performance Prediction”.

Domantas Sabonis at the big Forward spot was perhaps the most effective option for the team as the scorer, rebounder, and playmaker. With him gone, the middle is weaker, inside scoring culled, and the team is now fielding second-string squads at this point. Now, they will be running their offense majorly through Tyrese Haliburton especially if Malcolm Brogdon remains out. On the other hand, they also brought in Buddy Hield. The team is not going be with Myles Turner who has been injured and has been shut down by this point. Youngster Jalen Smith was also brought in for wing Torrey Craig and he is a long-term project for the team it seems.

The Pacers get quality playmaking and ball-handling skills when they will run their offense through Haliburton. He has some ways to go on offense but he is young and a great prospect for the future, without a doubt. Buddy Hield was having some inefficient nights with Kings but a change of scenery and a starting spot can help him gather high-yielding nights. Chris Duarte, a rookie has had some strong outings and he can be developed into an all-around player. Jalen Smith can get minutes here after playing for a packed Suns team and that can certainly enable his growth. Overall, I don’t expect Pacers to win many games but the fresh talent can inject some energy into the fanbase.

Cavaliers’ defensive grit and LeVert can make a huge difference

Cleveland Cavaliers have established themselves as one of the most elite defensive squads in the league. They have both length and athleticism, plus they have been able to outmatch teams in terms of size during most nights. The Cavs field two Centers in Jarrett Allen and Evan Mobley, both great help defenders and the type of players who avoid players blowing away from them. Isaac Okoro at the wing has been a gritty defender while the team can also bring in quality defenders off the bench. The Cavaliers courtesy of their two-Center and Forward-heavy lineup has been number one in defensive percentage at the rim.

Darius Garland is vital to the team offense as his ball-handling and shooting abilities open up floor for the two Centers and the rest of the lineup. Apart from him, new entrant Caris LeVert has addressed the need to have someone who can generate offense off-the-dribble and take it to the rack. Evan Mobley is a popping Center who can dive towards the rim and perform tough finishes. Jarrett Allen uses his size and muscular frame to generate offense around the rim and can rack up offensive rebounds too. Kevin Love keeps the theme of quality rebounding and scoring going and provides effective shooting. Overall, the Cavs are in shot for the number one spot in the Eastern Conference and can secure home court advantage at least through Eastern Conference Semis.

Points Range: The Pacers have overhauled their roster and it is tough to see what to expect from others. Still, with Haliburton and Hield, the backcourt is established with two players who have experience of playing together. However, they can be held under 105 or so because the Cavaliers have been playing some high-quality defense on a regular basis. On the other hand, the Cavaliers have usually been around 105 but I expect them to go around 110 or so here. I believe the Total Points Range here as 210-220.

Prediction: I see the Pacers trying to establish a long-range game through Hield and Haliburton but I see the Cavs shutting their both inside and outside game here by the end of the third quarter. I believe that LeVert will do a great job of hitting the mid-rangers and also scoring inside with a weakened Pacers defense. I believe the Cavaliers will take this game 113:100.