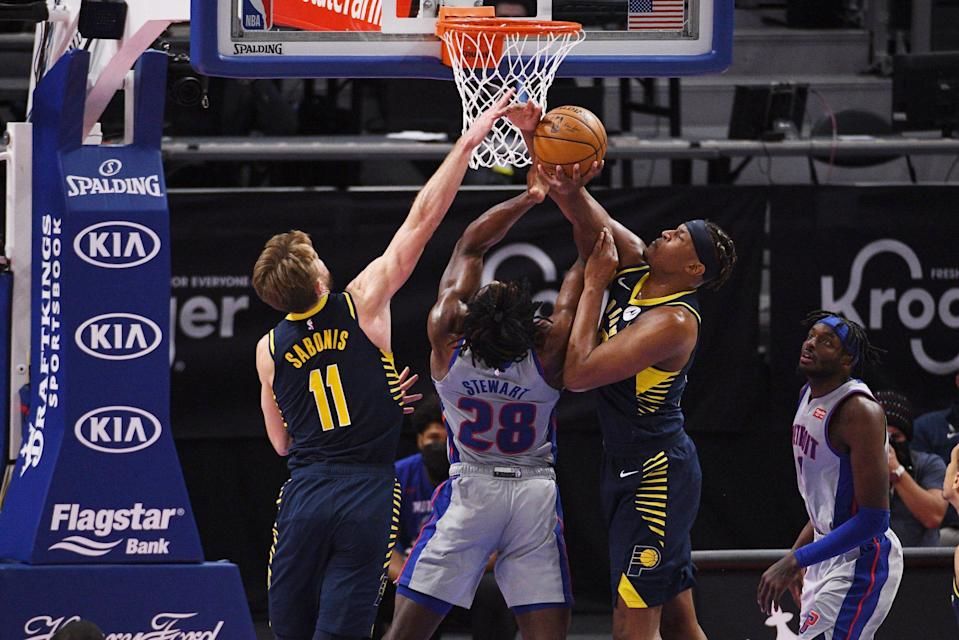 Betting world has been plunged into a storm as the combination of COVID-19 and injuries have ravaged the NBA. There is an underlying feeling that multiple games can be cancelled and thus, for us, the tipsters, and for the bookmakers and bettors, there is this dilemma of what odds are there and how the match-ups will shape up. Still, we strive, we believe and we bet. In this game, the Indiana Pacers take on the Detroit Pistons in an Eastern Conference match-up. The Pacers are six games under the 50% win mark while Detroit has not won in around a month. Will the Pacers team see some trades anytime soon? To get a simple overview, go to the “Notes” and for “Total” prediction, go to the “Experting Betting Tips”.

Pacers have six-seven scorers who can exceed the ten points mark while Brogdon, Holiday, Sabonis, Duarte, and Turner all average in the excess of 12.5 points a game. The team has a mix of isolation scorers, multiple playmakers, consistent inside scorers, shooters, and a hoard of shot creators, still the team has posted such an underwhelming record. One of the key reasons why Pacers have struggled this season is that they fail to capitalize upon key moments. The team has lost many of its games within the 2-5 points range and that is one of the reasons why their confidence has taken a blow in the long-run. Yes, Indiana has a treasure trove talent-wise but they have not seen strong team performances so far.

Detroit: They have become the league’s favourite opponent

If a team is due a win and is on a losing streak, the Detroit Pistons are their best chance to break the skid. The team has not won in around 30 days, and their 12-game losing streak is only worse to Rockets who lost 14 games in a row but have been playing well recently. To make the matters worse, Pistons are now left without their leading scorer Jerami Grant and youngster Cade Cunningham has been left to do the most of scoring. Pistons have been terrible on both ends of the floor, giving up 110-120 points and scoring just 93-105 points on the offensive end. The Detroit team’s slide is not a surprise, the team is young, full of role players and is in total rebuild mode.

Points Range: Here is a great opportunity for the Pacers to showcase their offensive skills, the Detroit defense is vulnerable on most nights and present an opportunity to score 110 or more on a consistent basis. It also means that Detroit has the work cut on defense. For the Pacers, their defense is up-and-down but they can shut down the Pistons team which has even struggled to score 100 points on most nights, although Cade Cunningham’s improved offense presents some relief. It seems like the Points Range here is 210-220.

Prediction: Detroit is not your favorite candidate to win on most if not all nights. Pacers are the clear favourites in this game and really, if they lose their chance here, it will be put a severe question mark. I still believe that some trades are on the way for the Pacers and they may even go on the rebuilding terrain as the past two seasons have been especially tough. I think the Pacers will take this one with a scoring line of 116:102.